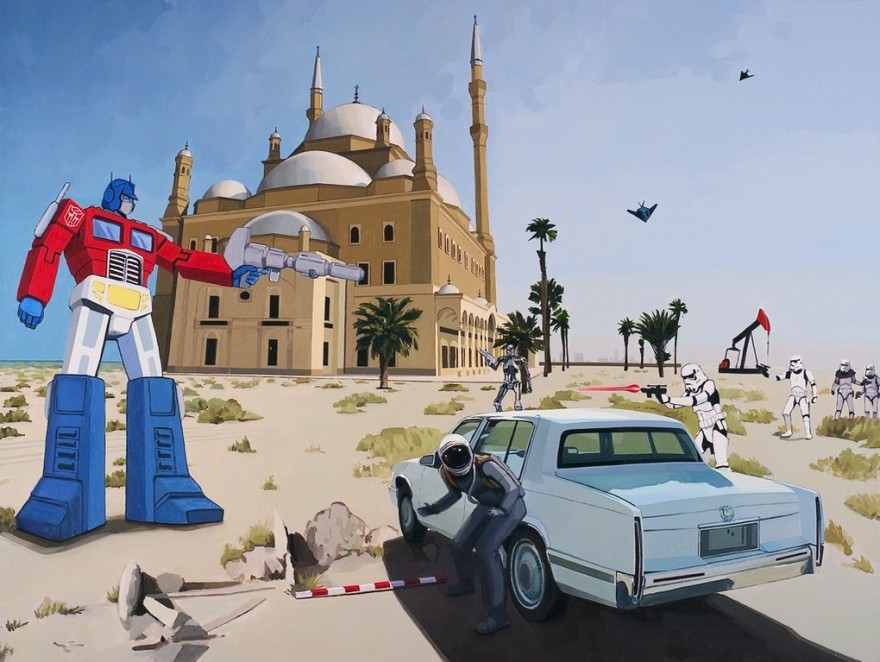 The subject of an artist’s work is the source of endless armchair psychoanalysis, but I’m not going to touch this one. The artist Scott Listfield has a fixation for astronauts, painting them over 130 times since the early 90s. You’ll typically find them gazing in blank-eyed wonder at pop icons like Optimus Prime, Mario’s coins twinkling behind a cloud, and the Queen in Aliens. That is to say: anything except what you’d expect an astronaut to be doing. Perhaps there’s a statement in this, something about the decline of the Space Age and the cult of culture. Maybe he just likes painting astronauts. But the works are pretty awesome.

You can see more on his site.