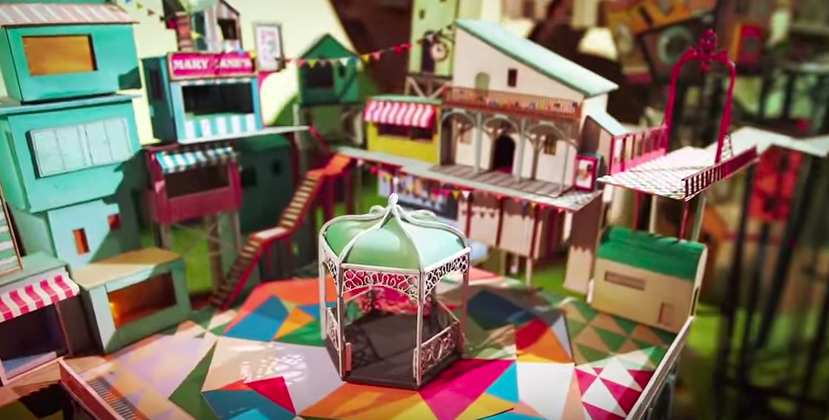 The narrative arc of history bends towards our being able to reach through a screen and actually touch Lumino City. Everything between now and then is just a stopgap measure.

Meet the latest stopgap, Lumino City for iPad and iPhone:

You may have noticed that it looks just like Lumino City, as well it should. The buildings are all still made out of paper and delicately pieced together. The scenes have still been filmed with a shallow depth of field, giving everything a toy-like quality. This world is still full of puzzles that the game’s animated lead must traverse. The only difference is that she now follows your touch instead of your clicks.

Lumino City has always been billed as something of a tactile game, which is both fair and a little bit silly. On the one hand, the fact that the game is based on a physical model does give it a more lived-in feel. But it exists behind your screen. Click or tap, it is still behind glass. It’s not really a tactile game in the sense that you can’t touch anything and—at least in a purely physical sense—you can’t feel anything either. Lumino City does something interesting with that tension, drawing you closer and closer to the screen but never letting you slip through the glass threshold.

Never slip through the glass threshold

All of which is to say that if the narrative arc of history bends towards our being able to reach through a screen and actually touch Lumino City, maybe history’s headed in the wrong direction. Don’t get me wrong, I’d kill to play with the original models for Lumino City, but I’m not sure that experience would actually make for a more interesting game. In that spirit, the iOS compromise may be the best of both worlds, putting your hands to good use while maintaining a measure of intermediation.