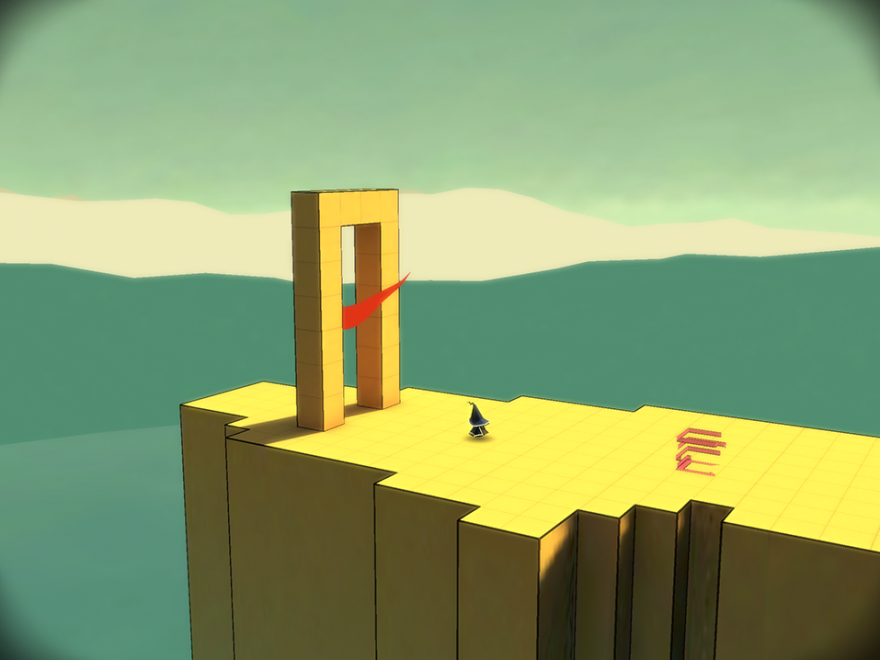 I suppose you’ve heard that classical music apparently acts as a complementary aid to learning. It’s the type of reported notion that causes pregnant mothers to waddle around the house, a pair of headphones stretched around their baby-bloated bellies, all in order to blast Beethoven foetus-side through a strange act of audio osmosis. At least, that’s what I imagine.

This brand of mind-expanding magic contained exclusively within classical music is an idea I enjoy, but find difficult to trust. It perpetuates musical elitism and feels like a desperately sown together science manufactured to make classical music more relevant to modern society. It also sits in the same evidence locker as the headlines that tell us rap music is turning the entirety of black youth into violent criminals. It’s music as ultimate influencer, and god over the directives of the human mind, which has the whiff of a ridiculous cyberpunk plot.

But I’ve brushed all that aside momentarily in order to enjoy iOS adventure puzzler Zero Age. It has a soundtrack consisting of renditions of classical masterpieces by Russian composer and pianist Sergei Rachmaninoff, you see.

The delicate, intricate piano compositions glide alongside you as you piece together cubes into staircases and bridges. You are a magician—as those scientific reports would claim Rachmaninoff to be—and use the swish of your sleeves to manipulate the cubes, using various “Beam” abilities to elongate and change their shape, and expand the possibilities of interaction.

The sounds of Rachmaninoff are relevant to the game beyond him being a composer and performer of classical music, and therefore potentially aiding you in the brain-boiling puzzle solving. He’s often considered to be the single connection between the Romanticism of the 19th century and our modern times. While the musicians around him experimented in twelve-tone music and the emerging neoclassicism, Rachmaninoff retained the sonority and grandeur of romantic piano composition, turning tones and melody into dramatic poem, and coloring his concerts with enormous expression.

This is reflected not just in the refined cubic puzzle sets of Zero Age, but also in its sparse, enormous architecture and how the fixed camera angles frame it to look even bigger. High up on the sky towers where the breeze blows lonesome red flags emerges an isolation and eeriness that belongs to PS2 adventure-puzzler Ico. From there you weave downwards into orthogonal temples that reflect a uniform symmetry present in the piano pieces, and the purples, yellows, and greens of the game’s nightly city gives visual hues to Rachmaninoff’s rich orchestral colors.

Just as Rachmaninoff, Zero Age takes the form of a connective tissue, sitting somewhere between classic puzzle games such as Tetris and the Rubik’s Cube, and the wordless magnificence and emotive overarching themes of modern efforts including and probably the upcoming Rime.

Whether or not my learning and puzzle solving is enhanced by the classical soundtrack of Zero Age, I cannot say. But it certainly lifts my mood and helps with contemplation at the foot of a tricky puzzle. What I can confirm is that it lavishly illustrates the scale and mathematical beauty of Zero Age‘s bold environments.

You can purchase Zero Age on the iOS App Store for $2.99.