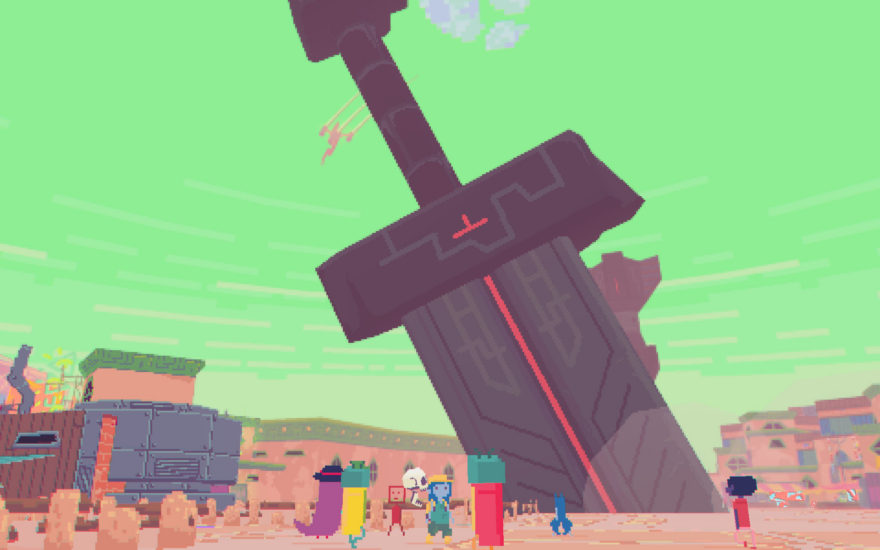 Similar to how Viscera Cleanup Detail used the role of a janitor to make players question the presumptions of a violent space-faring hero, Diaries of a Spaceport Janitor shows a different side to the cosmic explorer’s life. Labeled as an “anti-adventure,” you play as a janitor who relatably dreams of a bigger, brighter future. The world consists of a chaotic cityscape, where you must not only incinerate everyone’s garbage, but can also explore trading opportunities, quests, and dungeons. The game shines most as not only a menial task simulator, but also a tourist simulator, as you meet a host of unique characters that populate the planet. Despite its seemingly boring conceit, the world of Diaries of a Spaceport Janitor is bursting with color and activity.