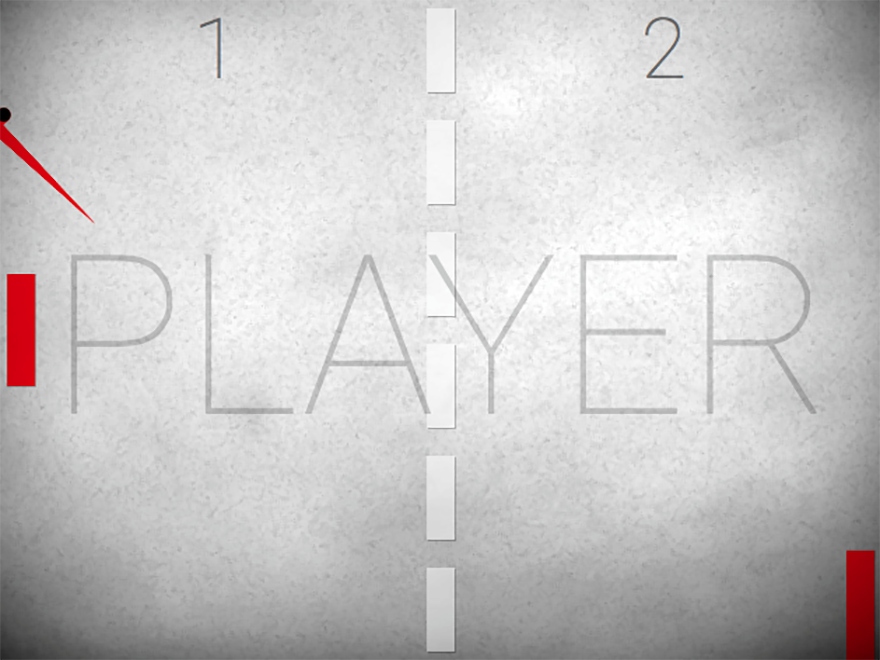 With the arrival of the Polish-made first-person shooter SUPERHOT, fellow Polish game creator Sos Sosowski decided to make a small tribute to the game’s “time only moves when you move” concept. But rather than make another shooter, Sosowski applied the principal to classic videogame Pong (1972), making for a surprisingly fresh result. In PUSER TOH (an anagram), moving your paddle up and down the screen causes the ball to speed up, while keeping it stationary results in the ball travelling very slowly. It means that you have to better anticipate the ball’s trajectory as it flies towards your paddle. However, this is a two-player game, and so being able to control the speed of the ball in the air gives each player a new way of outdoing their opponent. It also fills what was previously a brief period of downtime in the original Pong with a whole new interaction.