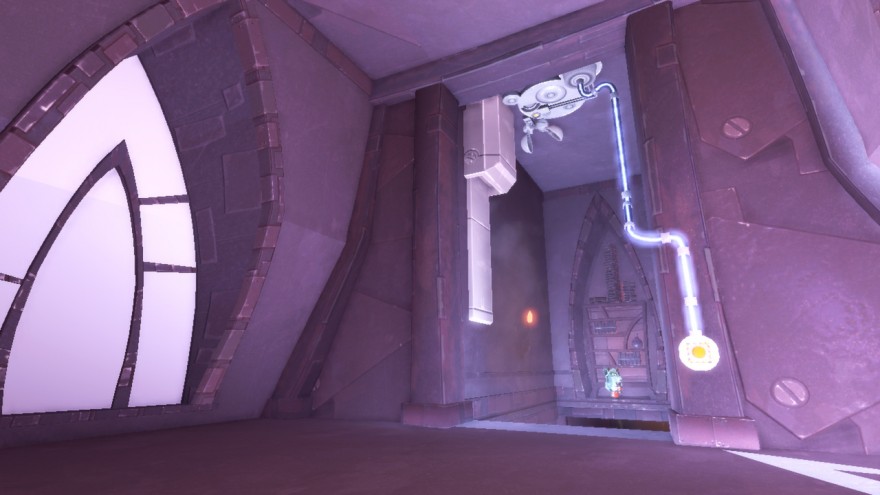 Newton’s laws are twisted like a balloon animal in Kim Swift’s Quantum Conundrum. Like Swift’s revolutionary Portal, you’ll be guided by a disembodied narrator through spatiotemporal puzzles in the first person—only without the deadly promise of cake. As you search for your lost-in-space-time uncle, Professor Quadrangle, you’ll toggle the “Fluffy” dimension to turn crates to feathers, “Heavy” to increase their impact, “Slow Motion” to hitch a ride with them, and “Reverse Gravity” to turn the world upside down. Half the game is thinking inside Schrödinger’s cat box to get from A to B, the other half is actually making it to B.