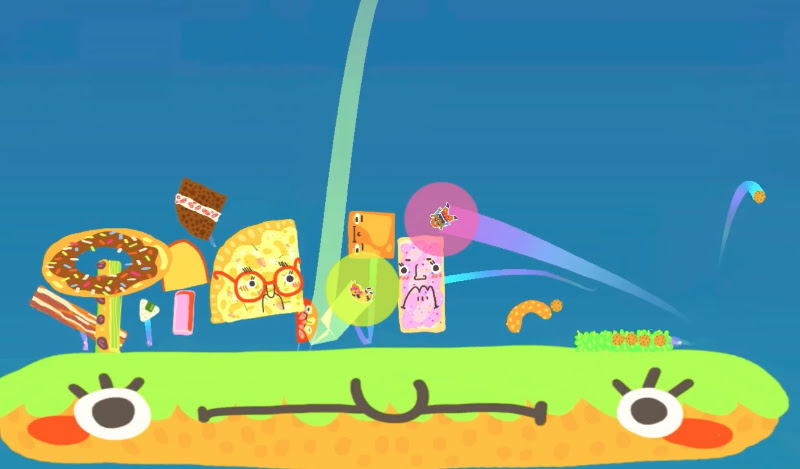 You know that feeling you get when you’re around your bestie? It’s like you’re invincible and could destroy or save the world together (depending on your mood). That’s exactly the sensation captured by Slam City Oracles, a multiplayer physics game that gives you points for simply having fun and taking control with a friend. You fly around a Katamari Damacy-like world filled with nonsensical inhabitants and buildings that seem to exist for the sole purpose of goofy play. You can swoop by stacks of pizza and a spinning Ferris wheel. Or you can take a nosedive to send them into your chaotic orbit as wonderful words of encouragement flash across the screen. You can always try harder to make a bigger impact but you cannot lose in Slam City Oracles. Taking inspiration from riot grrl culture and having an all female creative team (including art by Jenny Jiao Hsia and a soundtrack by the Brooklyn band Scully), the game is a teen girl’s haven where pink power rules over a world of ice cream and rainbows.