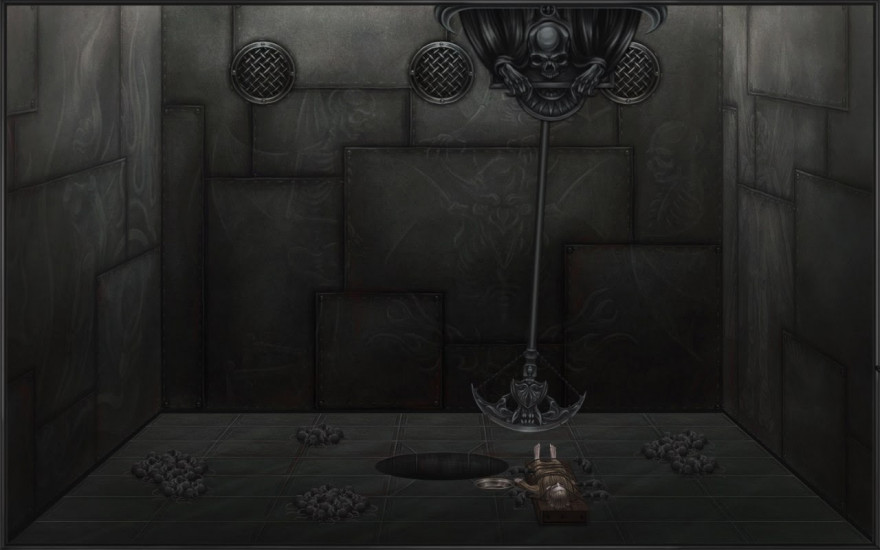 Given that Edgar Allan Poe focused on sensation to communicate the terror of torture in his 1842 short story The Pit and the Pendulum, it would have been wise to further etch that out in the videogame version. In particular, the hissing of a swinging blade as it descends upon the narrator’s flesh could have been realized with actual sound, yet it is lacking in this digital adaptation. Forgoing that, what this game does achieve is realizing in its players the same sense of being as lost as the story’s narrator. Clicking frantically around the iron cell mimics the prisoner’s blind fumbling in the pitch black. Having him pace the cell in confusion as the player searches for something to do (since the game lacks prompts) matches the description from the original short story. While this videogame adaptation of Poe’s story lacks in some areas, it does manage to successfully position us as the confounded narrator, not knowing what to do (if anything) and what will happen next—a vital instrument in torture methods throughout the ages.