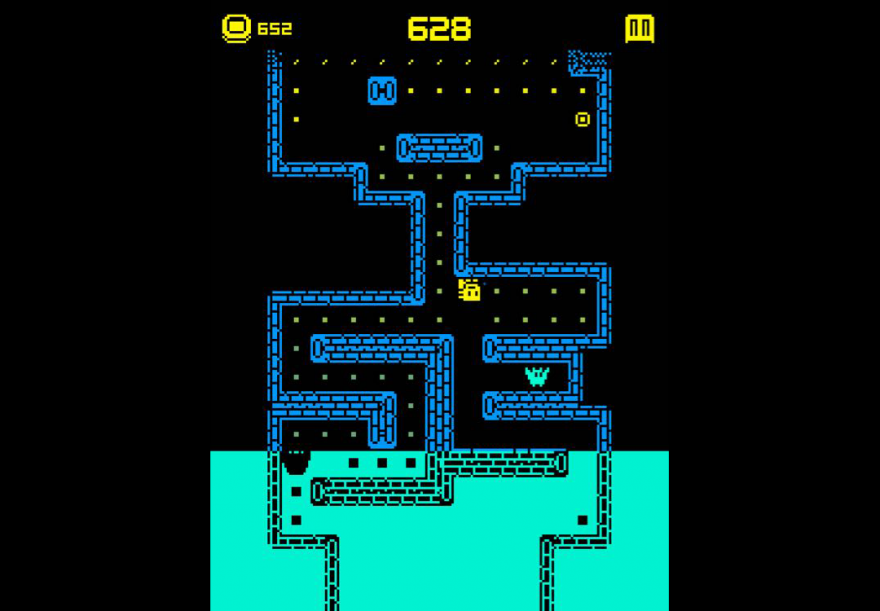 Tomb of the Mask brings a new perspective to the arcade game, both literally and figuratively. Combining classic Tetris and Pac-Man aesthetics, Tomb of the Mask places you in a vertically scrolling gauntlet where the goal is to eat dots and coins while the ever-present threat of an encroaching death screen threatens from below if you don’t move upwards fast enough. You can latch onto any wall in the procedurally-generated arena which, in combination with your unstoppable momentum, creates most of the game’s challenge. Along the way, more complicating elements are thrown your way, as well as the chance to collect masks with special powers. In the same vein as Downwell, this modern arcade title charms with retro FX and visual sensibilities that communicate personality more than merely nostalgia.