Knowing how to leave a party is an important life skill. This does not get enough attention. Plenty of angst and instruction and practice goes into mastering the entry: when to arrive; what opening line to use; what to bring. As for the exit, well, you’ll figure that out when the time comes—just feel the room. Everyone will probably be sloshed by then anyhow. That system tends not to work and, consequently, most parties stumble across the finish line like a marathoner who ran the opening mile at full speed. People stick around too long; they fall asleep; they pass out.…

Kasketball does for basketball what Rocket League did for soccer

Let’s say you’re at a party with three friends. You’ve had a couple drinks and are looking for something fun to do. Should that fun activity involve a car? Full marks to those who said no. Drinking and driving—never the twain shall mix. But let’s carve out an exception to that rule for Kasketball, a party game in which you and three other players hop into cars and drift about while playing basketball. It’s safe because the cars are virtual and so is everything else in the game, which can be played on either OSX or PC. Again: Drinking and…

Think you’re bad at karaoke? Wait until you hear this computer mash-up

Who wouldn’t you want to try it?

Utter Nonsense is Cards Against Humanity with offensive accents 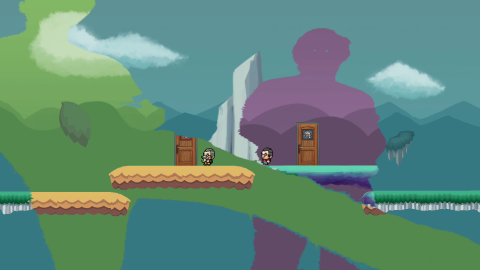 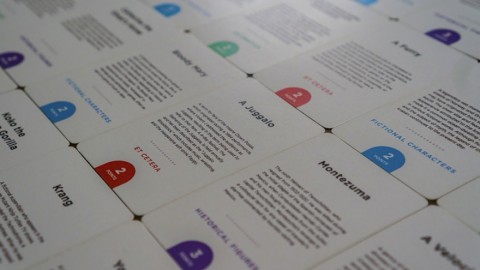 Monikers is pretty much Cards Against Humanity meets charades

Monikers is a party card game that compels you to utter ribald sentence fragments while testing your knowledge of pop culture, like all great party card games do. And to act out “Syphilis” in charades, which sounds like the most unfortunate card draw ever, especially if you have syphilis. The way it works is in three rounds: they can more or less be thought of as Taboo, a stricter version of Taboo, and charades, with a deck that ranges from the perverse to the obscure. The game is currently raising funds on Kickstarter and looks like a hoot. 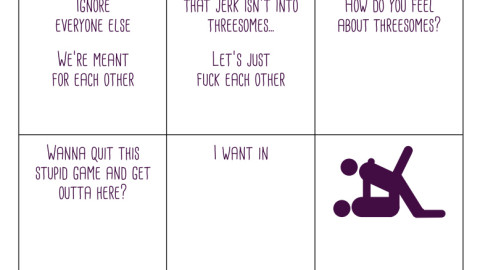 Probably don’t throw this one out at the next office party.