Virtual reality is becoming more accessible to larger audiences. Often, however, thrown to the wayside is artistic merit and the medium’s philosophical implications. Brothers Sam and Andy Rolfes use VR along with other emerging technologies to highlight the absurdity of life, dream up ironic characters, and make anti-capitalist statements. In their hands, VR becomes an envoy for a greater purpose.

Here, Team Rolfes share about how they pick their favorite creative tech tools, and the programs and hardware that won’t break the bank. 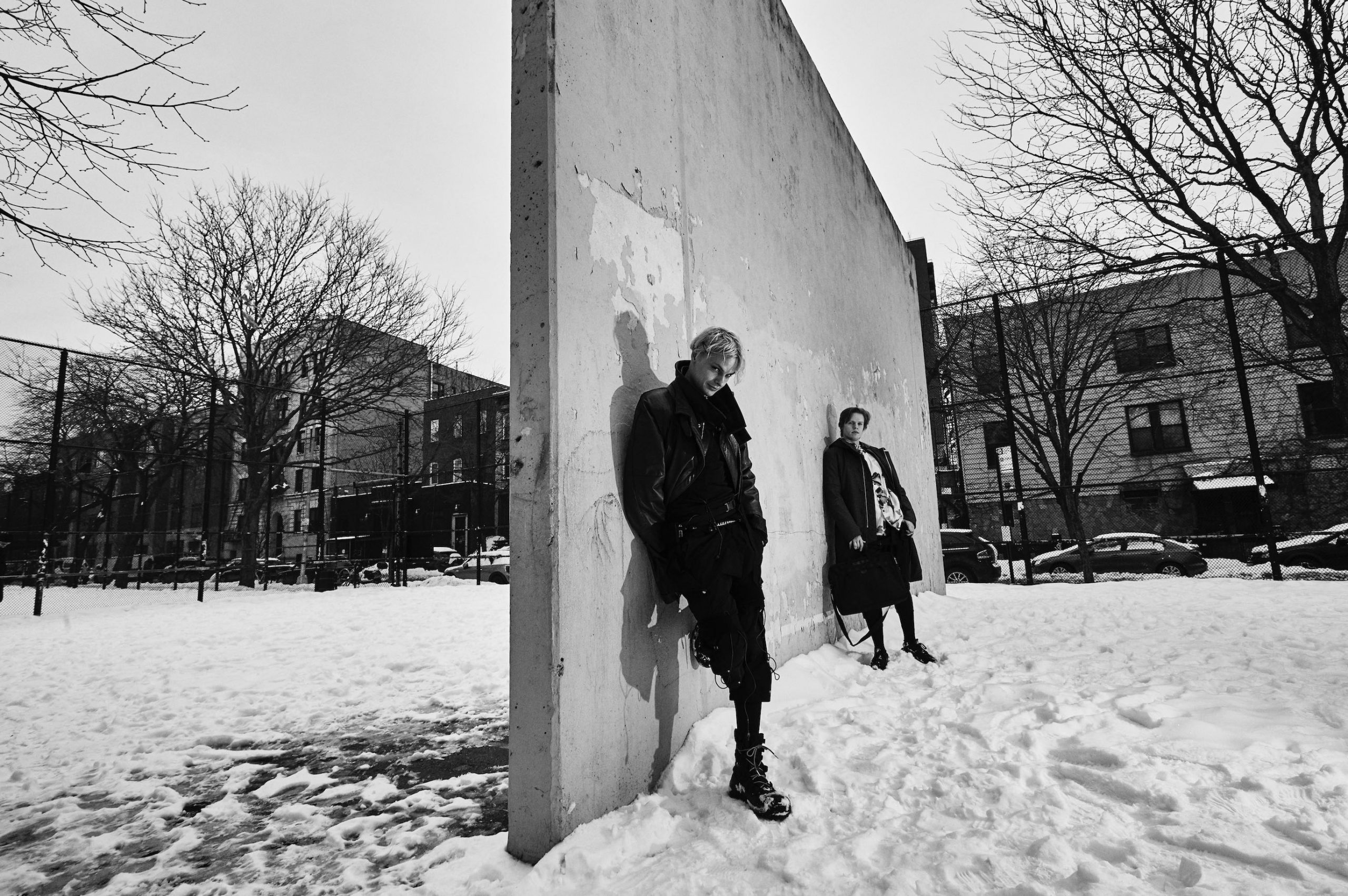 On finding the tools that work for you

Andy: Mocap has been our longest-standing tool because of its responsiveness. That is where we got our start—being able to more expressively be able to use these in live events or in rendered animation.

Sam: Mocap for three characters is not exactly groundbreaking anymore; we’ve been doing it for a minute. Because we’ve been doing that, we’ve managed to develop several mechanics that we think really bring the medium to life. There’s a lot of motion capture and VR stuff out there more available to people. That’s never going to change the increasingly rapid iteration of new tech tools.

Andy: Don’t become obsessed with your own tools because a lot of these things are very shiny. When you start with a new tool, you have to ask questions. How can I push this into where I want to actually explore? How can I reflect myself, or a concept that I’m trying to do? rather than just like, pull lever, it shoots out something and you’re happy with it because it’s shiny. It’s cool, and it’s new—which is fun—but it’s not going to have that much depth or longevity, in terms it’s just going to be just like a technical creation.

Sam: Find what works for you contextually with the tool itself. We’re into these because it’s live. We want to play with stuff. We want to just dive in and have it respond to us. We want something real-time and responsive, yada, yada, yada, all the reasons why I listed why we do this thing. That’s very specific to us. If we were different people, I would pick a different practice. Finding where your personal artistic context takes time, obviously.

To contextualize, you have all these tools available to you—you have to be okay with not jumping on all of them; and consider them through the lens of “Does this speak my personal language? Do I see myself in this tool?” and then playing around with it. Maybe it works, maybe it doesn’t. That’s at least how we approach it. Another actual utility VR for that pre-visualization was really helpful to get a certain performance out of him. Again, that’s how I do a lot of my performance stuff responding in VR. 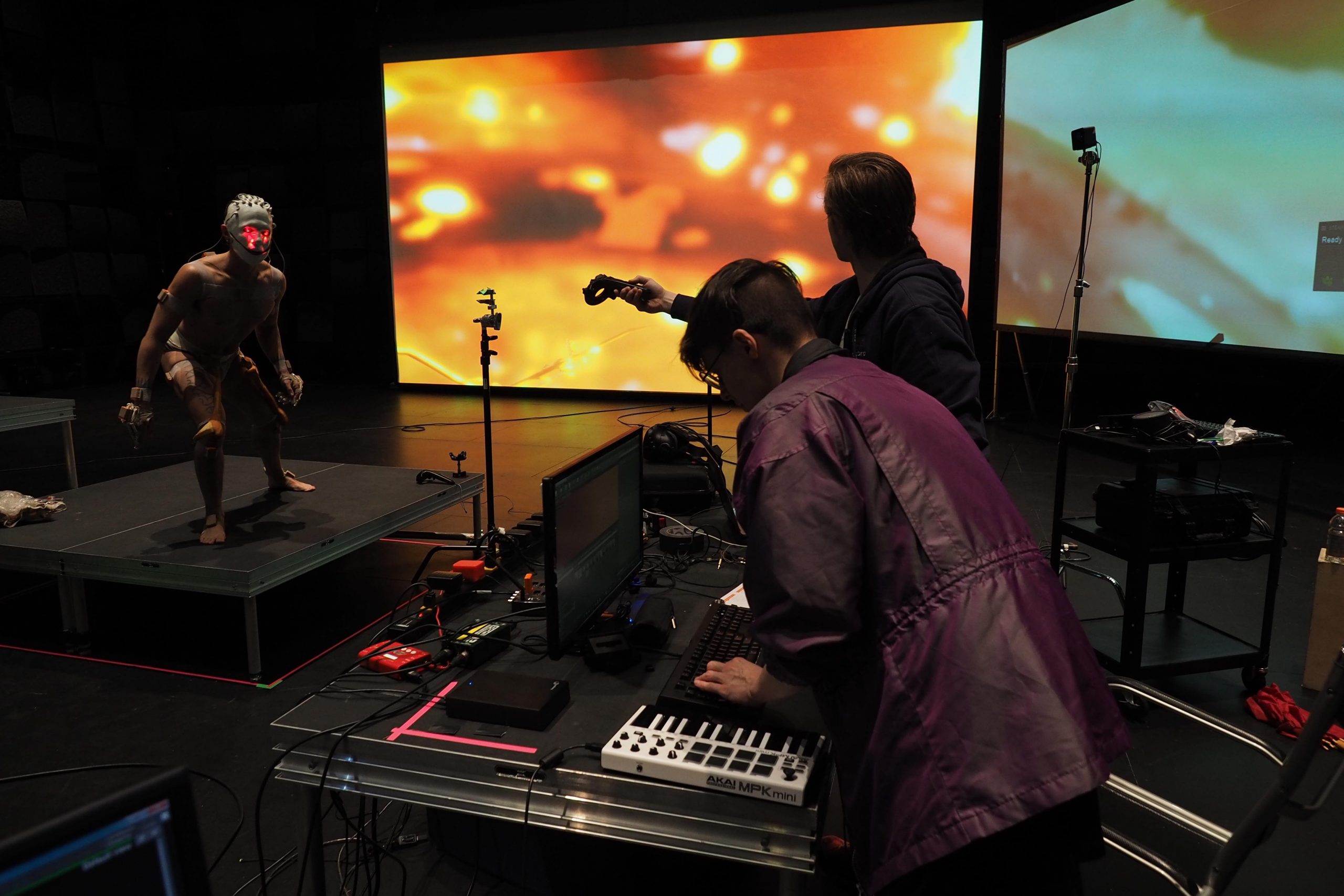 What motion capture equipment do you use?

Sam: We had to take out a loan for it. Our first suit was a Shadow Motion.

Andy: Awinda is nice because it is wireless. It’s all just individual nodes, and it has magnetic protections via the software, which is the primary reason why it made sense.

Andy: We have close friends that have Rokoko suits, which also do great. The Studio software is fantastic and they have their own life output. Because we’ve been working around speakers and buildings with heavy metal, we would constantly have issues with interference. It would just be a problem for recording or anything live which would almost immediately crap out. We need this in order to be able to properly perform.

Sam: We opted for the Xsens because we’re doing more stage shows and big stage shows and subs, not even subs, speakers generally put out a lot of electromagnetic interference. The first couple times I did performances on stage, I would move into the next scene and all our characters would be gone because they flew into the stratosphere, because the speakers just sent them just whoosh. The Xsens blocks a ton of that.

Sam: I sculpt in Masterpiece VR. There’s nothing crazy about it. It’s a basic sculpting app. I just like it, and you can export meshes.

Andy: We also have Faceware for face capturing when we get to it. We’re actually going to experiment it with iPhone iPi Soft was what we used when we first started. 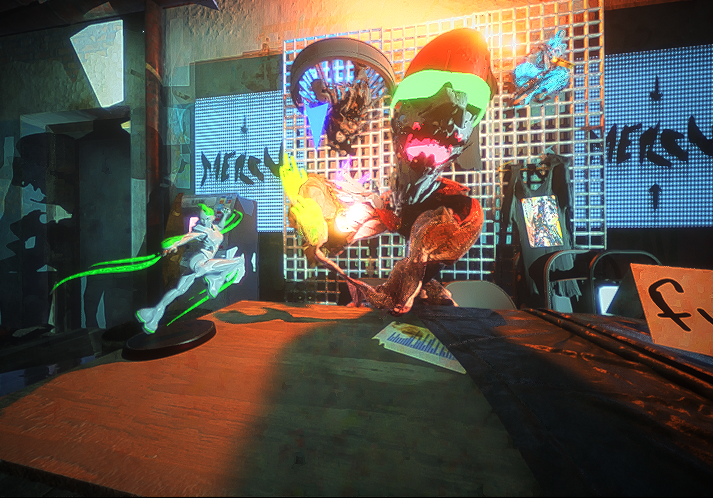 What beginner tools should would you recommend for VR rigging and mocap practices?

Sam: We have VR puppetry, which we use a Valve Index for. We’ve used other devices. We typically stick with Valve because it seems a little bit more malleable and the other systems don’t have quite as crazy tracking.

Andy: Rigging in anything, even if it is just VR or mocap, I just want to use Maya. It honestly has the best rigging software. That’s what you want to use because it is the standard. It communicates with Unreal Engine and Unity fantastically.

Maya does have an indie subscription where it’s $200 for a year versus $2,000 for a year, or whatever they try to advertise. Go for the indie because then you can just have that and be rigging things. For mocap, like we mentioned, iPi Soft is good. That’s also $150 for same amount of time for a subscription. It’s depth camera-based.

Sam: We have a new one for the new Xbox.

Andy: Oh, the other one for the Kinect Azure? It’s significantly cheaper.

Sam: iPhones have a lot of video tracking stuff that’s pretty good now. Unless you’re going to be doing really complex stuff, you don’t need a suit these days.

Andy: Suits are for spatial matching.

Sam: Yes, and high-definition stuff. There’s going to come the time where iPhones are going to have body tracking. That should be a good start.

Adapted and condensed from our live demo event with the Rolfes brothers, Building an Informed Virtual Reality. Photography by Timothy Saccenti for Setta Studio.