How Maya Man’s collaboration with Bill T. Jones showed her the emotional power of creative tech

Flowing between the worlds of movement and technology, Maya Man is an artist, computer programmer, and dancer with a BA in computer science and media studies from Pomona College. For the last three years, she’s worked as a technologist at Google Creative’s Lab. In Maya’s practice, coding sometimes feels like choreographing. “The feeling of dancing is like something I’ve always loved so much, and it’s not a feeling I’ve felt like anything else in my life has ever mimicked because it’s the amount of presence and being in the music and in the movement, it’s such a specific feeling for me. The closest thing in coding is when I know how I’m going to do something, and I’m just implementing it and being in that flow of just making it.” 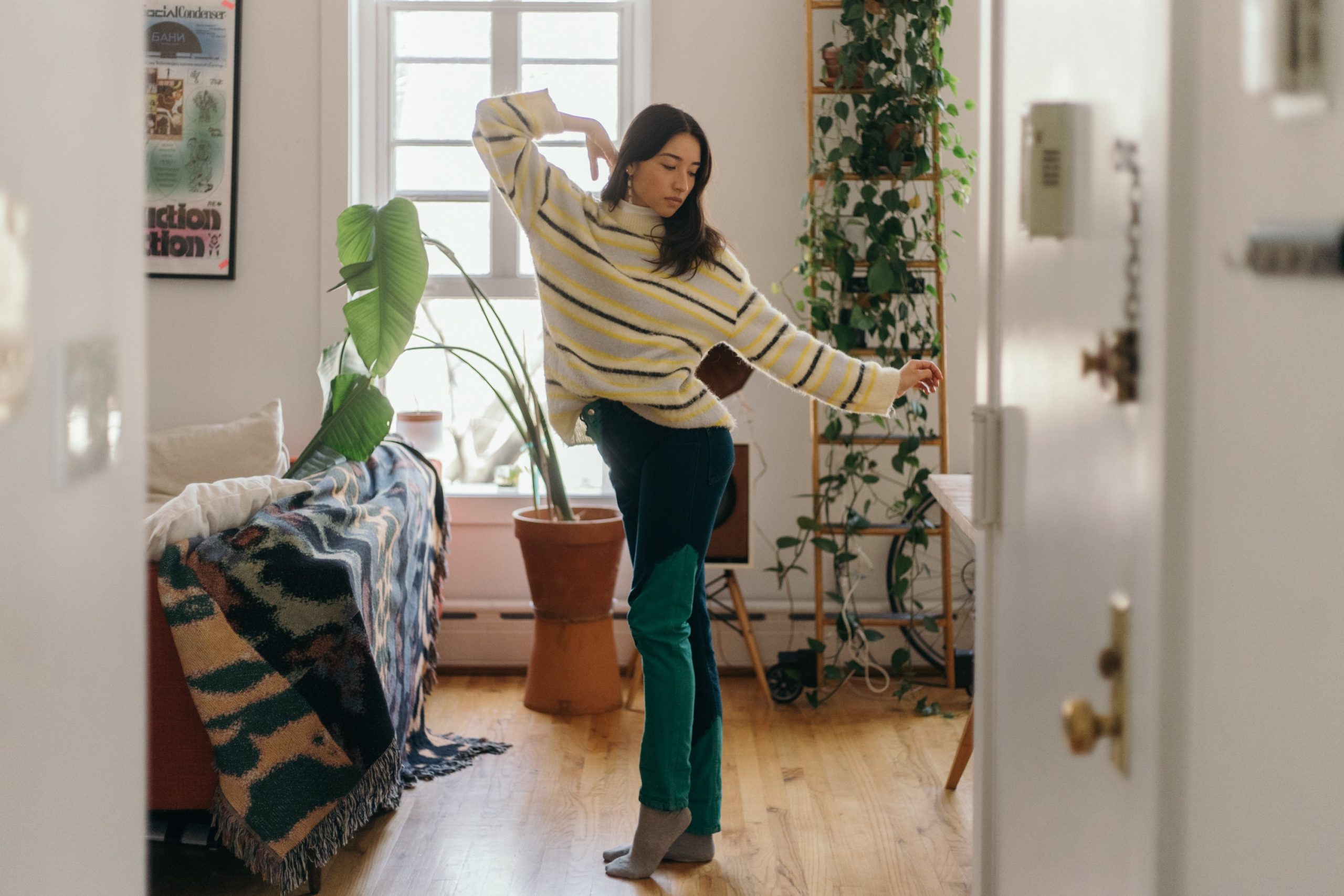 Maya in her Brooklyn apartment, photographed by David McDowell.

Maya loves this feeling—”but it is so different because dancing is so embodied, and I’ve always felt doing this work like this intense tension between those two things because the machines that we use all the time the body is so organic and nuanced. That’s not how I would describe the devices that we use. When coding, you have to be hyper-specific about what you want, and you’re running into errors all the time, and it’s stop-and-go. There’s an existing tension between doing anything that involves the body, dance, technology.”

While at the Google Creative Lab, Maya worked on Body Movement Language—a series of dance video sketches with Bill T. Jones, a pioneer of modern dance. Bill specifically uses speech and improvise speech and improvise movement. We wanted to see how he might be interested in using this technology called PoseNet, dancing. In a video produced by the Google for the project, Bill poetically states, “I come in today as a dancing human. My collaborator is a machine that doesn’t know what a dancing human is.” 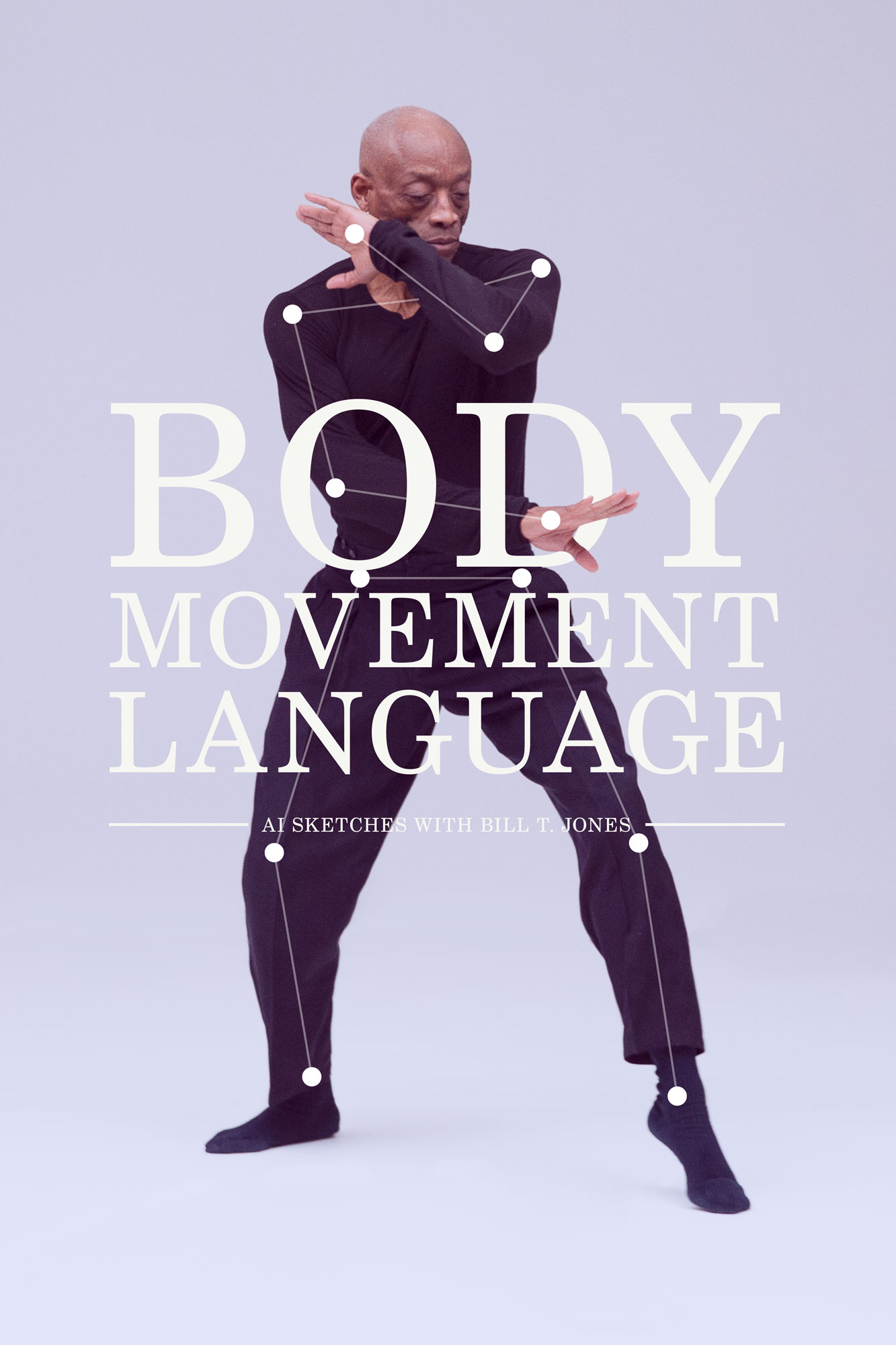 This project turned upside-down everything about braiding together dance with technology. As a machine learning model, PoseNet estimates key points on your body, like where your elbow is. It’s a lightweight program designed to run on one’s browser. It can be used anywhere—in a dance studio, a living room, and you don’t need any special sensors or hardware for it to work.

Bill and the technology that Maya and her team were working with were partners as part of this project. They started in a small studio—Maya built all of these movement sketches inside PoseNet. Bill came in and said, ‘How can I make something meaningful with this? How can I make something that feels powerful to people who are watching my dancers use it?’ Bill wasn’t interested in just the technology itself. The team landed a set of prototypes online, where the dancers could say words aloud. Vincent, one of Bill’s dancers, speaks those words out loud, and then they appear on the screen. Depending on where he moves, Vincent moves the words around because PoseNet tracks where his wrist is.

Bill focused on how this technology could be in service of the work he wanted to create—the story he wanted to tell. Maya champions her experience working on this project as a powerful one—and tries to bring that perspective with her in all of the projects she’s done since. “The most powerful work that involves any technology is something that isn’t just a demo of the tech but necessitates the technology that it’s using.” 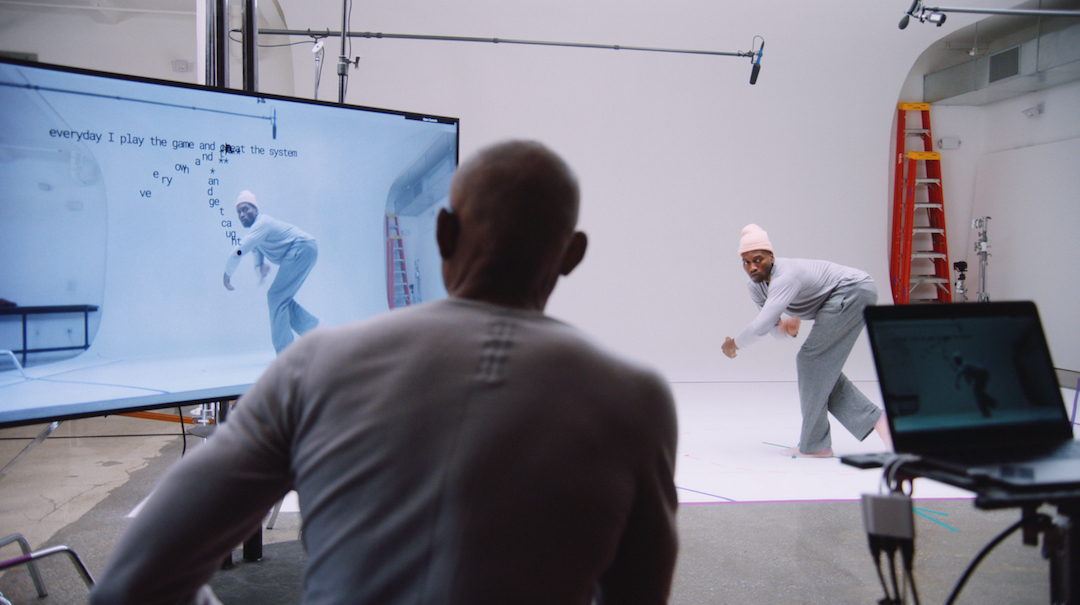 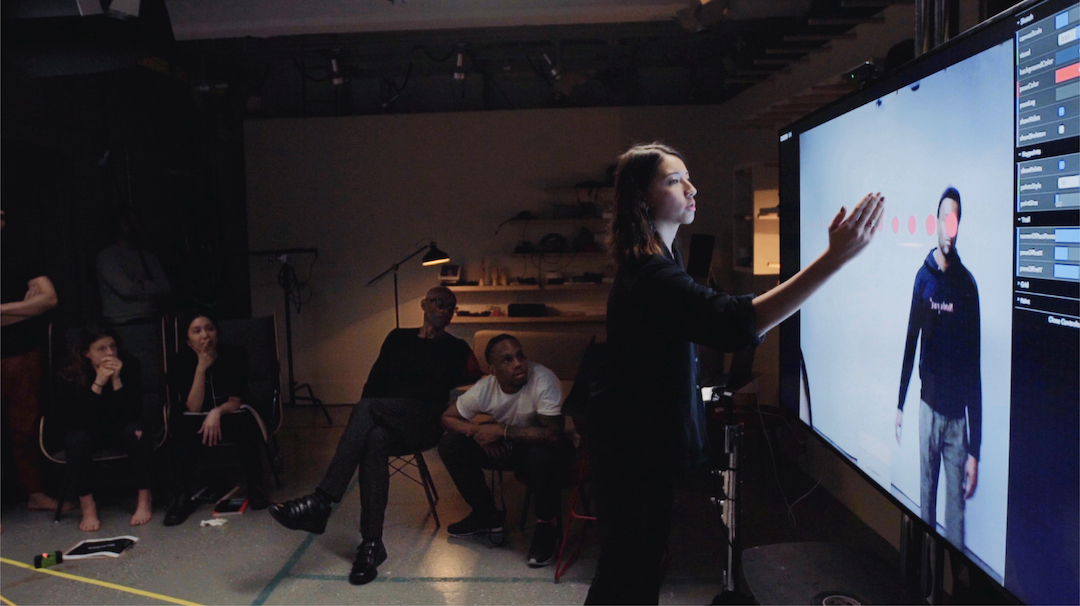