The casually triumphant pageantry of The International 6

Yesterday, Valve kicked off the first day of The International 2016 main event with an opening ceremony that was somehow both flamboyant and low-key. A large but unimposing figure in the shape of Gabe Newell, the company’s co-founder and managing director, strutted sheepishly onto the stage while Dota 2‘s theme music was blasted over the sound system. “Welcome to the International,” he said, in a rhythm and cadence nearly identical to the year prior.

Clad in a nondescript black polo and flip-flops, the billionaire went on to ask the audience for their feedback in the coming days, to tell Valve employees how the tournament was going and what could be done to make it better. For a few moments he sounded like the friendly manager of your local Microcenter rather than the CEO of a major videogame company. “It looks to be an exciting tournament,” he declared seconds later, before plugging some tech demos for Valve virtual reality going on at booths around the arena.

Somehow both flamboyant and low-key.

He didn’t mention how quickly tickets to the event sold out, or the tournament’s record breaking prize pool of over $20 million, larger than any other in esports by a factor of eight. Instead, he ceded the floor to renowned violinist Lindsey Stirling so she and the audience could rock out to a medley of Dota 2 themes. The performance lasted nearly as long as the rest of the ceremony combined: approximately nine minutes.

Unlike the 2016 Olympic Games in Rio which opened three days prior, the debut of TI6 showed a tournament seemingly still unsure of how to embrace its success, as if acknowledging its growing cultural and economic cache would jinx the possibility for continued growth. While last Friday night in Rio offered a spectacle of excess, mixing political allegory with nationalistic kitsch, Monday at the Key Arena seemed content to approximate the opening day of a trans-global summer camp. In the best of ways.

Which is insane really. After all, Dota 2‘s heritage is in some ways inseparable from the Olympic Games and the civilization that started them. Super-powered beings with no rational design or purpose battle one another across rivers, forests, and stone ruins simply to see who is the best. Zeus, in whose honor the Olympics were believed to have first been created, is even in the game. And yet despite Dota 2‘s eccentric assemblage of made-up fantasies, derivative mythologies, and bastardized legends, it’s somehow the Olympic ceremony that revels in hamfisted iconography and irrational exuberance.

TI6 may have had John Patrick Lowrie‘s histrionic voice introducing each of its sixteen competitors like they were about to compete in the Hunger Games, but there was no giant floating cauldron or an artificial skyline for fashion model Gisele Bündchen to make a final catwalk toward. However, one of these events is widely regarded as bizarre and outlandish while the other is considered so conventional it borders every four years on the banal.

There’s something refreshing about a tournament funded by its most committed followers.

In fact, the most exotic thing so far at this year’s International are the hologram representations of the heroes each team has picked that show up on the monitors in the arena and the live feed broadcast online. Of course, the fact that CNN deployed something similar but more advanced during the most historic election night in recent memory makes the development feel anything but groundbreaking. No one is looking to broadcast TI6 in 360 VR or 8K resolution. The introduction of a John King-style touch screen for Kevin ‘Purge’ Godec’s interactive analysis alone seems like the extent of its ambitions on that front.

Rather, the fact that The International has become one of the most outsized esports events, in terms of both financing and visibility, despite its hostility toward pomp and circumstance, speaks to the grassroots enthusiasm that ultimately animates it. Fans of the game have always been able to spectate from inside the Dota 2 client, but now they can immerse themselves in with the game’s VR hub.

There’s something refreshing about a tournament funded by its most committed followers. When countries spend billions for the prestige of hosting an athletic event that never pays for itself and fewer, and fewer people even care to watch, watching an unassuming man shift his weight awkwardly from one flip flop to another as he celebrates Dota 2‘s “unresolved meta” feels perfectly natural. 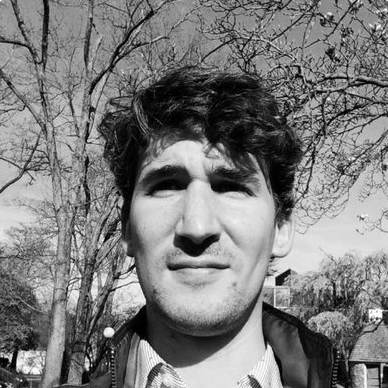