Eduardo Perez hasn’t always gone by PR Balrog. The Puerto Rican native hit the competitive fighting game scene first as PR Scrub before taking on the nom de guerre of his preferred Street Fighter character, Balrog, a brash, powerhouse boxer known for his punishing hits. Now, with a slew of major tournament wins and top 8 placements under his belt, the professional Street Fighter player has become synonymous with his namesake.

EVO 2016, which took place over the weekend, brought players from all over the world to a three-day event in Las Vegas, where throngs of spectators gathered around two fighters at a time, taking it out back (metaphorically) in Street Fighter, Smash Bros., and Killer Instinct. This year’s tournament boasted over 5,000 entrants for Street Fighter V (SFV) alone..

Street Fighter V, which was released in February, was fresh for every competitor, but doubly so for Eduardo. Balrog was a late addition to the SFV roster, made playable only two weeks before EVO was set to begin. Even (or especially) for professional player, that’s not a ton of time to catch up with the latest updates and changes to the character. Eduardo and I caught up via phone a couple days before EVO 2016 to discuss his thoughts about the new Balrog, the tournament, and fitting professional gaming into an already-full life.

Paul King: The big question: Balrog’s back. How are you feeling about him?

PR_Balrog: Pretty good. I feel more comfortable with the game with some reason, even though it hasn’t been out for like six months. I feel a lot better by playing him and I understand the game a lot better too.

PK: I know you had said you weren’t thrilled with his normals. Are you feeling better about those too?

PR: I think I just said something way too early. After playing the character for quite a while—I mean, two weeks I guess—he felt a lot better. I got to experiment with a lot of stuff. I think overall he’s pretty good.

PK: Now, do you think there’s any chance you’re going to end up using him at EVO?

PK: [Laughing] I totally understand. These characters—they change so much with each iteration. But they’re so similar, yet so different. Is that kind of like putting on an old worn glove, or, more like breaking in a new pair of shoes?

PR: Overall the character feels a little bit the same. He plays overall the same. But—since he doesn’t have good defensive options—they took his headbutt out, and his V reversal isn’t very good—you have to make up for it on offense, right? He is a very, very, very, strong character when he’s on the offensive, and like I said in a tweet before if he can anti-air with a character, and react a little bit on the ground—I feel like he can beat any character in the game 100%.

PK: This year’s EVO is pretty interesting—kind of not only how big it’s going to be with such a huge pool, but probably in the future we’re going to be referring back to it as the year of vanilla Street Fighter V. Do you think that relative newness of the game on such a large scale brings more pressure with it or make it a little bit more fun?

PR: I want to say it’s a little bit more fun. EVO is a huge tournament so there’s a lot of luck in it in the brackets and on pressure tie-ins and decisions so I think overall it should be more fun than stressful. Because it’s Street Fighter V.

PK: Street Fighter V has moved towards a more global reputation and population with the online-focused release and the lack of an arcade version. The classic tournament region storylines—US versus Japan, or Korea and Europe—do you think that’s still there as much as it always is, or shifting in a different way?

PR: I think it’s the same thing [Laughs]. I think they’ve—I’ve heard—that they actually have centers that they go and play on PS4 with a lot of people etcetera. So it’s not the same as the arcade—but they have a place where they can go and interact with each other and play. So I think it’s basically the same thing. Just because they don’t have an arcade release—it might hurt their sales over there, etc—but I think the top players or, the Japanese players per se, they’re just the same. They’re really good.

PK: One final question. This might be old news at this point in the life span of esports, but last January you announced your retirement before ultimately coming back, I’m curious—as a player obviously not near your skill level, but your age—I was curious how you’re maintaining that kind of work/life balance you were aiming towards with the break and if it’s holding up now that you’re back.

PR: Well, the bad thing is that I can’t practice as much as I’d like. I used to practice before at least 8 to 10 hours a day—a full time job, basically. When I took my job it was very hard for me to balance both. And, like I said—I couldn’t play, and work, and wanted to do very good at work, you know—I had to take some hours out from my gaming. So that’s why I actually said that I wanted to retire, and I actually did for six months around that. I just went to tournaments and didn’t care if I lost. And my manager—where I’m working—he just said, “Dude, why don’t you just play?” Just tell me, and we can work out schedule around and you work your hours and play your hours. So, after that, I was really happy to hear that. Because I could balance my work with my gaming.

PR: And I still don’t practice as much as I would like, but—it’s good enough. I don’t think that I will, you know, be as 100% as I was before. But I think it’s good enough for me to stay in the tournament scene and actually be playing and seeing how well I do and showing people that you can do it. That you can work, you can have a fiancé, have your gaming career—have everything. It can be done. 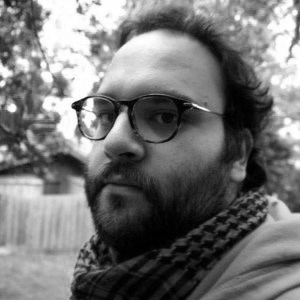