How much was the ‘Million Dollar Dream Coil’ actually worth?

// by Niels Lindgren
@stntngo
How much was the ‘Million Dollar Dream Coil’ actually worth?

An era has come to a close; we now live in a world without Alliance, a team that has helped define western Dota 2. But if you were to strip away the success, the dominance, and the personalities of Alliance, and hunt for a single moment that encapsulate the storied organization’s history, you’d probably end up with the “Million Dollar Dream Coil,” the play that, in popular memory, secured Alliance’s victory over Natus Vincere in the grand finals of The International 3. It rightly belongs in a pantheon of famous plays—e.g. The Hand of God, The Shot Heard ‘Round The World, The Helmet Catch, etc.—across all sports that define their respective games, played at their absolute best. The magnitude and significance of these plays defies measurement.

But let’s try to do it anyway.

When it comes to TI-winning plays, the Dota 2 community has accepted an idea that these plays have a specific monetary worth or value. Last year, Universe’s “Six Million Dollar Echo Slam” joined the “Million Dollar Dream Coil” as an era-defining play. And, yes, these labels are a coincidental byproduct of each year’s prize pool, and so should not be taken literally, but let’s not let something like that stop our pedantic fun.

At a specific moment in time what is each team’s chance of winning?

In nearly every major sport across the globe, as the realm of quantitative analysis has grown and expanded, models have been developed to provide a story and build a context for the game. At their core, they each attempt to answer the same question: at a specific moment in time what is each team’s chance of winning?

If, in an NCAA Basketball game, a team is trailing by 12 points with 35 seconds left in the 4th quarter what is the probability that they will win the game? The answer turns out to be “Tiny but not impossible.” Or what about in an NFL game in which the home team leads by 7 points at halftime? What is their probability of victory? Thanks to the efforts of statisticians and analysts from Brian Burke to Tom Tango and everyone in between, models exist to provide an estimate answer to these questions.

But what if, in a game of Dota 2, the Radiant team holds a 300 GPM lead, a single tower lead, but trails in kills by 2, what then is their probability of winning?

The leader at any given point in a Dota 2 game cannot be defined not by a single comparison between the points a team has scored and the points a team’s opponents have scored. Instead, the leader can only be extrapolated using a mixture of statistics that point towards a game’s eventual victor, like gold earned, towers felled, barracks destroyed, kills made, and experience gained. Leading your opponent in each of these categories will serve you well, but each by no means guarantees victory in the same way leading your opponent 97 points to 85 does.

And what then of these features’ combination? How valuable is being ahead by one tower compared to being ahead by one kill? There are as many methods and approaches to this problem as there are applications of it. But, to keep it simple a logistic regression will adequately consider and combine each of those features into a single answer. It tells us that, based on historical data, a team with a 300 GPM lead, a single tower lead, and a 2 kill deficit, will win roughly 73 percent of the time. And a model built in this way works. It does what you would hope it to do. When it says a team has a 73 percent probability of winning, those teams win 73 percent of the time. Using strung-together outputs from a single game, we can see how a game progressed. We can see the back-and-forth tug and pull of a game like Game Five of The International 2015 Grand Finals. We can begin an attempt to measure the impact of a single Dream Coil.

It was the game with everything. After a thrilling start in which Na’Vi leapt to an early lead on the back of impressive Alchemist play from Alexander “Xboct” Dashkevich and total map dominance from Dendi’s Templar Assassin, the tides shifted. Alliance clawed their way back from the brink (having fallen as low as an 8 percent win probability 17 minutes into the game) scrapping and ratting, solidifying, for better or worse, that playstyle as their reputation. Then, The Million Dollar Dream Coil, the game’s ostensible pivot. But let’s not get carried away or blinded by the shining light of the moment; we’re here to be picky. Was it really worth “a million dollars”?

s4 sunk that dagger of a Dream Coil into Na’Vi’s chest 43 minutes into the game. While the tension and the drama of the game may have made it feel tooth-and-nail, the logistic regression model already gave Alliance an 80% probability of winning the game, the series, and the tournament before s4’s jaunt and Dream Coil ever even occurred. This means at best, s4 can be credited with the +20 percent swing in Win Probability from 80 percent to 100 percent, more a nail-in-the-coffin kind of play than the game-winning one we’ve celebrated for the past three years.

That moment in Benaroya Hall felt like it was worth a million dollars.

The Million Dollar Dream Coil. It’s a great name, but just how much money did s4 add to Alliance’s pockets with that fateful Dream Coil? At that first crowd-funded International, the grand prize was $1,437,190 along with the Aegis of Champions. The second place team would take home a still-impressive $632,364. This means that the very moment before s4 cast that Dream Coil, the immeasurable instant before he made the keystroke, with an 80 percent win probability, Alliance’s prize winnings already had an expected value of $1,279,213, and we can credit the remaining $157,977 to that nail-in-the-coffin, banishment-of-all-hope, game-set-and-match Dream Coil. So there you have it!

But it all feels reductive doesn’t it? That moment in Benaroya Hall felt like it was worth a million dollars. And hearing Key Arena explode following Universe’s Echo Slam two years later, well, that felt like six million. Maybe we tack on these impressive numbers and monetary values to buy some sort of legitimacy for esports. And maybe that’s unfair and reductive as well. What Alliance and s4 accomplished in 2013 can’t so easily be quantified. Its impact and effects truly do defy measurement. The excitement and drama of the The International 3 grand finals propelled the game forward, from concert halls to basketball stadiums. It spurred the most active period of professional play in the game’s history and helped set groundwork for the Major system. That moment that made us all stand up and cheer in ecstasy or fall to our knees in agony wasn’t worth $160,000. It wasn’t worth $1,000,000. It’s impossible to say what it was worth, just as it’s impossible to say where we would be without Alliance. 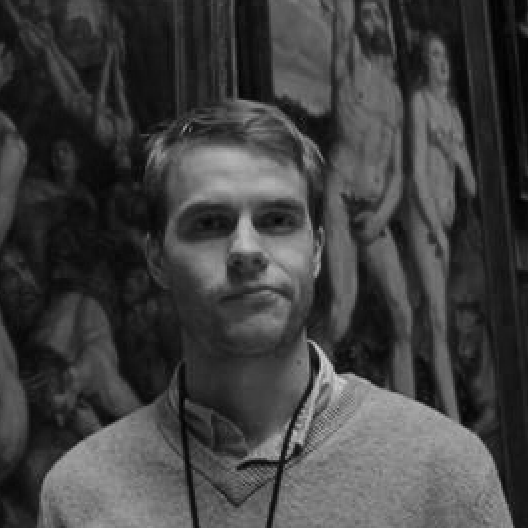