A new viewer’s guide to the competitive Pokémon world championships

On Friday, hundreds of the planet’s top Pokémon Video Game Championships (VGC) players will compete for the title of the very best (like no one ever was) in the three-day tournament. To win, they’ll have to finish day one with no more than two losses and repeat the same feat against stiffer competition the next day. After that, the top players will be placed into a single-elimination bracket that decides the weekend’s winner.

But with so many players to root for, how can a casual viewer know who to support? For your viewing ease, here are ten players who stand a chance of taking home the event’s $10,000 grand prize.

As a former world champion, Arash Omatti would get top-billing under any circumstances, but he’s also had a fantastic 2016. He won the Turin regional back in March, but actually managed a more impressive win by taking home first place at German Nationals. Both wins have been on the back of a Yveltal/Primal-Groudon restricted core. Despite the fact that many look down on the duo due to its Xerneas/Primal Groudon weakness, Omatti didn’t seem to sweat the non-believers. He’s an all-around fierce competitor who knows what it takes to win and has done it before. Omatti might also be hungrier than usual, too, since he’s discussed the possibility of retiring after this season. If this does turn out to be his final chance to win a World title, you can bet he’ll go all in.

Out of everyone else on the planet, Alex Gomez was voted the most likely to win the title by a group of the 54 best players in the world. Small wonder: Gomez posted an undefeated record at the UK Nationals, which is arguably the most convincing victory of the year. He also managed to win the Lyon regional in France and earned second in Wakefield, England. On top of that, he’s also at the top of the European championship point standings (with Omatti almost 100 points behind). Gomez is notable for piloting dual-primal teams, which takes a lot of careful maneuvering, and he has proven his ability to manage weather effects better than anyone. And, since that’s such a central part of VGC in 2016, he has a strong chance to win.

Though Japan took seven of top-eight spots in 2015, it can be hard to get a read on their best players. They have a widely different Worlds-qualifying route than any other region and most of the players don’t speak English. It might be easy to name the 2015 world champion, Shoma Honami, as the top player from Japan, but since he’s been less active in 2016, that title falls to Hideo Koutake. Though he’s not as much of a known entity, he managed to win the Japan Nationals competition and earned ninth place at the Japan Cup. On top of that, he did it with a restricted duo that almost no one else has been able to succeed with: Primal Groudon and Mega Rayquaza.

Despite a lower than expected finish at US Nationals, Wolfe Glick remains one of the best players in the country and a clear favorite to win this week’s tournament. He is a former Worlds runner-up (2012) and is also one of the only players to win back-to-back national championships (in 2011 and 2012). Glick’s continuing success is often attributed to his deep understanding of the game, and his ability to compose a team like few others. While he occasionally follows the metagame, he’s equally comfortable putting his personal touch on popular lineups.

As the current US national champion, expectations are high for Chase Lybbert. But unlike most other players, his distaste for the current format has repeatedly led to him deciding on teams the night before events. It’s a risky move, but the fact that he was able to grasp the metagame and succeed with so little practice is reason enough for him to be a threat. Still, it’s more proof that his foundation is solid. After all, he won a regional in both 2014 and 2015. In a previous interview, he’s said that his low investment in 2016 has allowed him to remain calm even in high-pressure situations; that tranquility keeps him thinking straight.

Blake Hopper became a breakout player at the 2014 Worlds Last Chance Qualifier. Making it through the LCQ was impressive enough, but he managed to make a deep run into the top-16 of Worlds itself. In 2015, he followed up that impressive performance with another, earning top-four at US Nationals and nipping at the heels of a Worlds top-cut with a second top-16 finish. This year, he just barely bubbled out of US Nationals top-cut by dropping his final set to the eventual champion. But with so much consistency, it’s hard to imagine Hopper won’t make, at least, another trip to top-16. 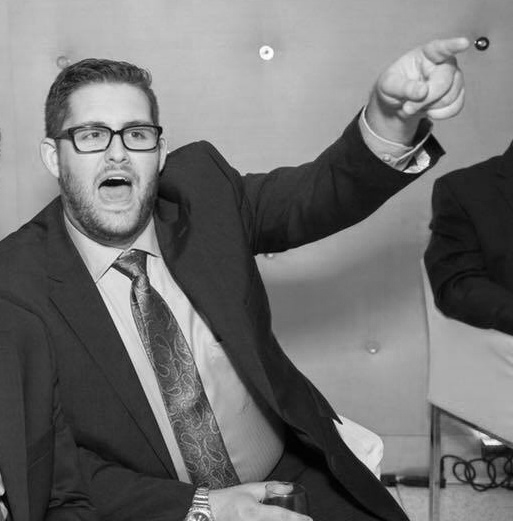