Overwatch and the problem of caring labor

// by Ryan Khosravi
@queerbrownnerd
Overwatch and the problem of caring labor

Overwatch has a problem with its healers—no one ever wants to play them. Let’s set the scene: all of the roles on the team are filled, except the healer. There’s one person who hasn’t selected yet, but do they take team composition into account and choose a healer? No, of course not; they go for that ever-important second Reaper. In the games I’ve played, this usually results in utter defeat or the occasional pyrrhic victory. More often than not, those scant victories occur because someone begrudgingly becomes a healer character. And, usually, that person is me. But as much and as often as I would like to, it isn’t fair to completely blame the players for these situations. In many ways, Blizzard systematically devalues Overwatch’s healers and, by extension, the players that elect to choose them.

Blizzard’s skill rating system for competitive Overwatch has had its fair share of complaints already; players (rightly) have voiced their displeasure with team skill rating imbalances and tie-breaking coin flips. But there’s been a lot less discussion of how the game treats its healers, despite how integral they are for an optimal team composition. A great example of healers being devalued can be seen in the initial skill rating of Cloud9’s team. Adam, the team’s support player, got a fairly high rating of 67! According to a recent developer video, that puts him well in the top 6% of players. However, the team’s primary damage dealing player, Surefour, got a rating of 77, an entire 10 ranks above Adam. The team played the exact same placement matches, yet Adam’s skill rating result was dramatically different.

It isn’t fair to completely blame the players for these situations.

To understand the potential reasons behind this disparity, it helps to look at how our society thinks about “healing” in general. In many ways, intentional or not, the developers of Overwatch mirror the treatment of real world caring laborers (e.g. nurses, babysitters, and caretakers) with the design and evaluation of the game’s healers.

One example of this is how healers are judged post-game. Maybe unsurprisingly, the damage dealing characters are rated by how much damage they do. But Overwatch also carries this metric to its healers, where it might be less appropriate. In any given match, there is virtually no limit to how much damage a player can dish out. Characters will either heal or die and respawn, giving the damage dealing character plenty of targets. But this is not true for healers. In fact, if your team is doing exceptionally well during a round, you might not need to heal very much at all. Unlike their teammates, a healer has the most to do when their team is losing, or, at least, taking more damage than they’re doing. Every corner of the objective will be filled with bloodied teammates eager for some healing beams. The downside of this, of course, is that a loss will have an impact on your skill rating as well. So, the problem is that healing characters can only really thrive in terms of Overwatch‘s system of evaluation in a game where they are losing at first, but end up being victorious.

Similarly, the work of caring doesn’t always fit perfectly within our current frameworks for thinking about labor. As the economist Susan Himmelweit puts it in an article on the topic, “In such a dichotomized picture, which places home, care, and women on one side and the workplace, paid labor, and men on the other, there is no room for caring labor.” Labor is explicitly defined by the reward one receives for accomplishing certain tasks, but caring labor can be—and often is—unpaid. Kids will take care of their older parents. Aunts and uncles will take care of their nieces and nephews. In a similar way, Overwatch’s healer are recognized far less frequently than their damage dealing teammates in something like “Play of the Game.” Someone might respond, “well of course, Play of the Game is supposed to be really exciting and watching a Mercy heal her team isn’t as exciting as watching Genji slash down an entire team.” Well, of course. I get that. But that’s not mutually exclusive with saying that healers have no equivalent recognition for their actions. After all, that Genji wouldn’t be able to use his ultimate had it not been for the Mercy there to heal him earlier.

Another point that makes caring labor difficult to pin down is the concept of motivation. The physical tasks that go along with caring are only half the equation. The other half is the emotional labor and attachment that goes into caring. Himmelweit uses an example of a when “a room is cleaned, its cleanliness can be evaluated independently from the motivation of the person who cleaned it … the room will be in a similar state … whatever [the cleaner’s] motivation.” This motivation, Himmelweit posits, could be the reason that care laborers are treated poorly. Traditional labor is led by money, so the job with the best pay will win. Caring labor is led, in part by, a sense of emotional attachment—they will keep doing the work because they feel connected to the individuals they are caring for.

While it is safe to say that most players don’t mourn the death of their character or any of the characters on their team, this notion of motivation carries through into Overwatch. Although player-healers don’t necessarily care that deeply about the lives of their team, they clearly care about their team winning. Healers often sacrifice their own glory for the overall goals of the team. Overwatch ends up getting away with this lack of healer acknowledgement because inherently, the player must, at least for a moment, care more about their team victory than getting recognized as doing something really awesome.

Healers often sacrifice their own glory for the overall goals of the team.

Like it was mentioned in the Himmelweit quote above, it’s important to understand this as a gender issues as well—about 90% of nurses are female. Support characters are the only of the four roles to have a majority female cast. It’s also impossible to ignore the gendered implications of healer characters, the ones who will be willing to give up their time in the spotlight to support the damage-dealing men (mostly) in their lives. Caring is seen as an “obvious” course of action for a woman, a social practice that aligns “naturally” with biology.

When players are selecting characters of the game with such reluctance, it will inevitably have an impact on the social aspects of gameplay, which is a big part of every Overwatch  match. Someone I play with often says “You should always vote for the healer. They sacrificed their entire game for you.” If one of the roles is treated as a chore, something about the role needs to change.

In the developer update last week, Jeff Kaplan, game director of Overwatch, addressed some of the issues players have had with the game’s competitive mode. This is a significant update, demonstrating that the Overwatch team is open to designing around, or at least responding to, the needs of their players. If the community of Overwatch players were to advocate for better recognition of the game’s healer, we would probably see some changes that would have a tremendous effect on gameplay and game culture alike. Maybe, someday in the future, people will be fighting over who gets to be the healer. Then, finally, I won’t be required to do it. 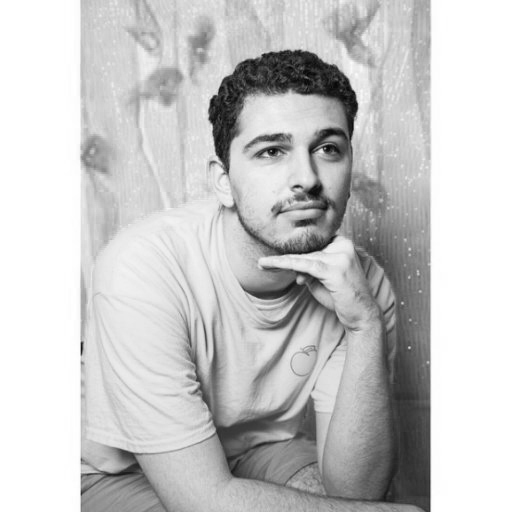