Stop looking for the logic to Valve’s invites to the Boston Major; there isn’t any

// by Corey Hospes
@cartdota
Stop looking for the logic to Valve’s invites to the Boston Major; there isn’t any

With the announcement of direct invites to the next Dota 2 Major (in Boston, Valve’s first East Coast event) comes frustrations both new and familiar. In the past, there have been many complaints about the direct invite system, most notably from the triumvirate of Dota 2 statisticians, Ben “Noxville” Steenhuisen, Alan “Nahaz” Bester, and Anthony “Scant” Hodgson.

Valve’s invitation process hasn’t been made public, and the company tends towards inviting more teams than seems reasonable, rather than using a more egalitarian qualifier system. TI6, though, seemed like a step in the right direction; only six teams were invited, and the rest fought it out in a massive open bracket. Yet of those six invited teams, only one (MVP) actually breached the top six. This has become somewhat of a trend at major tournaments, and while we can’t expect Valve to have true sight with their invites, the problem can be mitigated by inviting no one (or, more likely, inviting fewer teams).

Which brings us to Valve’s invites to the Boston Major. From China: Wings, EHOME, and Newbee. For North America, Digital Chaos and Evil Geniuses. For Europe: OG. And for Southeast Asia: Execration and MVP Phoenix.

we can’t expect Valve to have true sight

Many members of the community (Noxville, Nahaz, and Scant included) have complained about the eight invites doled out for the Boston Major. The weeks following The International have never had much in the way of Dota 2 LANs, but this year has been sparser than most. Since August, there’s only been one major offline tournament, Mars Dota 2 League (two if you want to count the disastrous Nanyang Cruise Cup ). Online competition has been equally weak: the only real professional competition available to European teams has been the all-online regular season of DreamLeague, which began only two weeks ago, and the FaceIt invitational Dota 2  LAN.

I won’t touch on North America’s invites because they’re self-explanatory and uncontroversial. Evil Geniuses won Mars Dota 2 League, and DC placed second at The International. And though it’s true that Digital Chaos have played very few games since TI, the prestige of making it to the finals in Seattle, combined with only slight roster changes, pretty much guarantees them an invite.

The logic behind invites in other regions, especially Southeast Asia, is less clear. The trouble isn’t just how the invites are distributed, but also who got them. The Mineski Pro Gaming League, which took place less than four weeks after The International 6, was the only regional LAN these teams could compete in. Three teams who competed at TI6– Fnatic, MVP, and Execration – played at MGPL, but, otherwise competition wasn’t exactly stiff. Still, it’s long been an informal rule that LAN winners receive invites to Valve’s majors; because Execration won MPGL, they get a spot in Boston. That’s the end of that.

The other invite, MVP Phoenix, however, is where Valve’s supposed logic really starts to break down.Apart from placing second place at MPGL (which has never really counted for anything, mind you), MVP’s record is absolutely abysmal in the past month.

Since TI6, they are 4-11. To be frank, that’s abysmal. For any other invite, that kind of  record would be embarrassing. Even the team’s second place finish at MPGL fails to inspire confidence: MVP lost to Mineski 2-1, then beat Power Gaming and Fnatic in Bo1s before losing 2-0 to Execration in the grand finals. Eking by on a couple of one game elimination series isn’t exactly a testament to continuing excellence.

The choice to invite MVP is even more questionable in relationship to what teams didn’t get invited, especially Team Secret, who performed very well at both the MDL and in online matches.Consider the FaceIt LAN Invitational, a minor online event, which Team Secret won over Vega Squadron. Eight teams, five of which were TI attendees, competed. FaceIt seeded the teams against each other (meaning there was no league play to establish the best matchups), and every series except for the grand finals (a best of three) was a single elimination best of one. Best of ones have never been considered ideal for a game as upset-prone as Dota 2, because most fans believe that the format is not a good way of gauging the strengths of teams. Cheese strats and pocket picks can come into play, allowing a inferior team to sometimes beat a stronger team. More importantly, Dota 2 is hugely momentum dependent, and the chances of winning diminish or increase based on how the often-erratic early-mid game goes for a team.

So why doesn’t FaceIt matter to Valve?

So why doesn’t FaceIt matter to Valve? I can’t answer that. While its format was certainly suspect, it’s not as if the MGPL was that much better. MVP beat Fnatic in a single game to stop them from advancing, which flies in the face of the generally accepted belief that best of ones aren’t all that useful for determining the relative skill of teams. The fact that a tiny tournament with three good teams determined two invites is laughable, or at least a contradiction in logic, when an equally tiny European tournament with five elite teams evidently doesn’t matter at all.

Simply put, MVP should not have been invited because they do not deserve it. Secret has proven that its a better team than MVP at this moment. Their performances when compared to MVP should say everything you need to know about the relative skill of the two teams.

MVP’s only good result was placing second at MPGL, which was followed by a series performances unbecoming of an “elite” team. Valve’s blanket policy of “did this team do well at one LAN,” is not enough to distinguish a team for an invite, especially when there were so few LANs to judge by in this offseason,. In situations like this, online play should receive more emphasis in situations like this to ensure that only the best teams get invited to Dota 2’s most prestigious events. 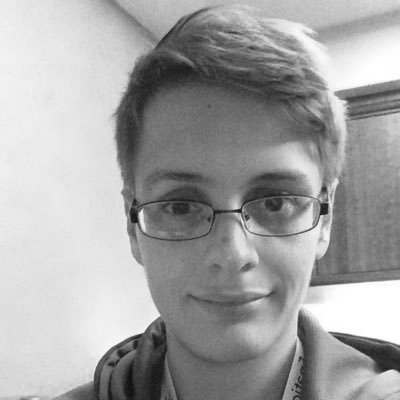