“Wow” is the only Hearthstone emote that matters

I do not use emotes. In other games—after, say, completing a strike in Destiny—my fellow travelers will perform a complex series of dances that illustrate any of a number of sentiments, including triumph, exhaustion, dismay, Stockholm syndrome, and so on. My avatar does not participate. She stands there, as I check my cellphone. She does not move because I am not moved. Even when I enjoy the emotional culture of a game, as in the great sardonic hellscapes of Dark Souls PvP, I still can’t bring myself to cosplay or pull off deep in-joke emotes when appropriate.

I live or I die, and then I stare.

You hate another person deeply, but briefly.

But there’s something terse and communicative about the very design of Hearthstone that compels me to emote. The game can be shockingly intimate: two random people squaring off for ten minutes or so and then flittering back into the recesses of the internet. You hate another person deeply, but briefly. If text chat were possible in Hearthstone, these brief, anonymous competitions would lead to some truly vile shit talk.

Perhaps for that reason, the game offers you a choice of just six emotes: Thanks, Well played, Greetings, Wow, Oops and Threaten. These are all fine and useful in a variety of situations, and their misuse is one of the only real ways to be a dick in the meta. Someone might hit spam you with “Thanks” if you make an error, or drop a big minion along with a “Well Played.” You might get “Greetings” right before an elimination. Look, in my worst moments, I sometimes hammer “Threaten,” which has the all the feel of screaming into a pillow. BM has many forms, and there are always new, worse manners to discover. Hearthstone’s BM culture is proof that art thrives within restrictions.

But I am here to say there is only one emote that matters, and it is “Wow.” I encourage its use in any situation.

As you can see, most “Wow” emotes are just people saying “incredible” or “amazing” in some capacity, with a few outliers. Ignore the outliers. Garden-variety “wow” is the best emote for two reasons.The first is the delivery. There’s the hushed sense of genuine awe by Jaina and Garrosh; the light sarcasm of Valeera or Malfurion; the dismay of Anduin. The “Wow” emote was released only a few months ago, replacing “Sorry,” and so it almost feels like the voice actors stepped into their roles with the determination of age. They were not newly inhabiting these characters but stepping back into the pocket and letting it rip.

But, moreover, “Wow” is the best emote because it is the least tied to a mechanic within the game. You’re supposed to greet at the beginning and say “well played” at the end; “threaten” is, I guess, a bit of play-acting, but only in the general aggressive mode of any esport. “Wow” is deliriously open-ended. You can use it when impressed by a random drop; you can use it to celebrate, to gloat; you can use it instead of almost any other emote, denoting “well played” or “thanks” with a certain measure of ambiguity. “Amazing!” you bellow, and the opponent wonders: is this BM? Or is this sincerity? “Wow” does not tip its hand.

“Wow” does not tip its hand.

To wit, from earlier today: I’m going Beast Druid against a Zoolock deck. The opponent had greeted me, to which I responded with my customary silence, which netted a single “Threaten.” Eventually, I’m down to 22 health while he’s at 30. Ol’ Gul’dan has a Darkshire Councilman already out, and then plays a Forbidden Ritual to boost the Councilman to 8 attack. I let rip my first comment of the game, a throaty “Spectacular!” as the Councilman drops me to 14 health. Do I greet pain? Or is there something up my sleeve? It’s a Swipe, clearing the board. I luckily draw and then drop The Curator on the next turn, followed by a fully buffed menagerie on the following one alongside one last “Spectacular!” The opponent concedes. The MVP of the game was not The Curator—it was the emote.

Time and again, this policy plays out. Say nothing but “Wow.” It is the gracious way to lose and the hilarious way to win. And it is the very best type of shit talk: rattling around in the recipients’ head, making them wonder what you’ve got planned, even when it’s literally nothing at all. 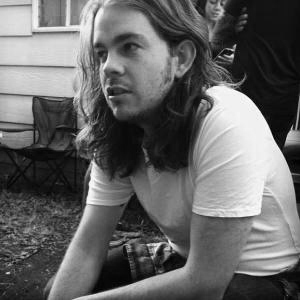