Adr1ft and the loneliness of digital worlds

by Eric Sams
Adr1ft and the loneliness of digital worlds

Adam Orth is alone. It’s no secret. He tells me as much even as I cross the threshold of Three One Zero, his development studio just off the block-party-turned-retail-orgy that is the 3rd Street Promenade in Santa Monica. He’s right, there’s no one there, though half a dozen work stations line the wall to my left, one piled high with Atari cartridges. “We’re a digitally distributed team,” he explains, “so everyone can work from wherever they are.” Through the several hours we’ll spend sitting and talking on an overstuffed leather couch at the far corner of the studio, an inflatable sentry turret from Portal (2007) will be our only companion.

“I thought we could talk over lunch,” Orth will tell me, and I’ll readily agree. But before we amble down the promenade together we’ll do some casual, benign jockeying over why, exactly, I am here. Adam will admit to me that some of his past press engagements have been “brutal,” having been handled with a noxious blend of aggressive and unfocused questioning concerning anything and everything except for his game, the first person and “space catastrophe” simulator he’s named Adr1ft. He’ll caution me, in a friendly and practiced tone, that focusing my article, this article, on what he refers to only as “my thing” or “the other thing” or “the Twitter thing” would do a disservice to the piece.

I’ll reassure him that I agree with him. I do. I’ll tell him that I’m interested, almost solely, in what his game is, what it tries to accomplish, and what it says about games and gaming. With that settled, we’ll return to the topic of lunch. “I thought maybe we’d grab a burger and chat about Adr1ft,” he’ll say. “This is going well,” I’ll think to myself. “This will be fun.”

Alex Oshima, the protagonist of Adr1ft, is alone, having sprung into consciousness amidst the worst circumstances imaginable. She is disoriented, her crew is dead, the space station she has called home for 22 months is decimated and strewn in an ornate constellation around the spot where she now floats, losing oxygen, tethered in an ocean of nothingness only by a tangled rope around her foot that is quickly coming undone. When you are alone small things have a way of becoming large. We forget how much of our sense of proportion we owe to the presence and responses of other people. A person alone sees the processes of their daily existence swell and bulge into misshapen obsessions. Activities as simple as taking a shower or making lunch become daunting, involved. They loom. And so a digitally fractured voice will remind Alex Oshima that she needs to breath, and she will set off in the single pursuit of oxygen, still reeling.

Your first moments playing Adr1ft will be spent struggling mightily with your thrusters. You will be forced to consider not just directionality, the language of movement deployed by most games, but pacing, pitch, yaw, and roll. In addition to thinking about breathing, you will have to think about moving in ways you are not accustomed to. Your constant need to focus on primal basics will instill in you two senses, both weighted by dread, in a way that no plot point or QTE could hope to. First, you are helpless. The calculus of moving just a few yards in the direction you want is difficult, at times laborious, and you are hundreds of thousands of miles away from safety. Second, you know from the start that only you can cobble together a plan for your own survival. There will be no cryptically jovial characters to offer you power-ups or save your game for you, no friendly alien to drop by and ply you with side missions. You are deeply, truly, terrifyingly alone.

Adam Orth was frustrated. He could see his goals very clearly, maybe too clearly, and they didn’t always align with the goals of the businesses he found himself working for. When he took to Twitter on a fateful Spring day in 2013 to quell controversy about feature announcements that his employer, Microsoft, had recently made about the upcoming Xbox One console, it became publicly, painfully clear that Orth’s goals also did not align with the community on whose good favor Microsoft depended for the console launch to succeed. Ensuing years have made clear that advising a truculent and socially mobile gaming community to “deal with it” is a bad idea in any context. If this seems obvious to you now, in the social media ecology of 2016, the cautionary tale of Adam Orth is a big reason why. Because using Twitter to tell gamers to “deal with it” in the midst of a major public spat over Microsoft’s digital licensing model for the Xbox One turned out to be like lighting a cigarette near a leaking gas main.

“The first week of that was just, like, I would never wish that upon anyone. … I literally woke up one day and my entire life exploded. … But I realized pretty quickly after that that it was gonna be okay.” Orth contemplates his burger for a second, then repeats, “it was gonna be okay.” A few industry friends reached out to support him (he cites Brenda Romero and Harvey Smith, specifically). “I’ve not ruined everything,” he would tell himself. “I’m gonna have to rebuild completely, but it’s not as bad as I thought. And then,” he adds, “I just kinda went back to the island.” “The Island” was a working title for a nascent game idea inspired by the film Castaway (2000) that, like Adr1ft, contemplated what it meant to be alone. Interestingly, Orth had the idea for the island way back in his days at Sony Santa Monica, long before Twitter laid low its first victim. Because, as it turns out, Adam Orth likes to be alone, sometimes needs to be alone, and the existence of that need predated the circumstances that forced him to confront it.

I think this is why the paradox of aloneness—the bewildering spectrum spanning from the horrors of solitary confinement to the intimate luxury of “me time”—permeates every aspect of this game, from the haunting build of its music (composed by Orth with help from … Weezer?) to the “1” jammed right into the title itself. He wrote the bible for Adr1ft sitting by himself at the Bellevue Public Library in Seattle, in an attempt to cobble together his own plan for survival. It’s easy to imagine Orth sitting at that table, in the midst of personal chaos and desolation, reminding himself to focus on small things, to keep breathing, to keep moving. As he wrote he felt the uneasy self-dissection of ostracism become the quiet satisfaction of solitude, and he realized that the two feelings were related. “I thought … what if I was on the island because I did this thing. Like, what if it’s my fault. What if I caused this thing? And it very quickly went from, ‘Oh this would be a cool thing’ to ‘I have to do this,’” he says. “Then I started thinking about space.”

Alex Oshima was frustrated. It’s clear from the fractals of her story that we encounter as we navigate the space station’s various sections. Even before “the event” things had started to come unraveled. Oshima grew impatient with the mission’s delays, the florid corporate speak of her superiors grated on her, one member of her crew was desperate to get back home, and others kept secrets. The sense of stress and exhaustion in the voice acting of characters you’ll never meet is tangible. It deepens the narrative, which you’ll gather from e-mails, audio logs, and memoranda, following one O2 breadcrumb to the next in what seems, at first, like a lost cause. Soon, though, hope will begin to form like condensation on your mask. The breathing you hear inside your helmet will become the measured pace of your own breathing. Your thrusters will level out, and you’ll move in fits and starts in the direction you intend to go. Your sense of terrified isolation will soften into a sense of weightless solitude.

Once you equalize you’ll have time to look around and realize that Adr1ft is goddamn gorgeous. The world is, by turns, both barren and lush; it was meticulously designed then scattered by destruction, bone-chillingly expansive yet unsettlingly claustrophobic. The finely tuned floating complements the weird sense of synesthetic disembodiment that all VR produces. Gliding above the ground is somehow both more and less tactile than walking. This is true even in the game’s two-dimensional version, but amplified by a VR headset, the environment’s delicate mixture of natural beauty and manmade havoc—all charred, twisted, and guttering—is deeply enveloping. Globules of water bounce playfully off your facemask, wires spark angrily as you pass, you see your shadow on the deck far below as you make your way out to a satellite, a door opens on a live tree in the center of a spherical room, its buds still flower a pale pink. That moments of wonder and tension arise in a game about being marooned in space is no surprise. That you will catch yourself in a moment of serene reflection following the path of a single green leaf as it floats slowly down a denuded space corridor, well, that’s something else entirely.

Adam Orth and Alex Oshima are going to be okay. They are moving slowly to safety. In the aftermath of their respective personal apocalypses they have begun to rebuild, but before they did they each took time to survey the wreckage. Our obsession with forward motion sorely tempts us all to rush straight from transgression to healing without spending any time sitting still and dealing with the phase in between, with consequence and damage. That impulse only compounds our mistakes. Before our apocalypses can teach us anything, they must strip us bare. Before we begin to plan our recovery, we should be struck mute. And before we reach out to others for help, we need to spend some time alone. That’s the only way we get better.

Orth tells me that he fractured Adr1ft’s narrative so that people could fill in the cracks with their own meaning, though he allows that the game includes overt subtexts on everything from environmentalism to the corporate culture of gaming. There is one message, though, that he hopes everyone takes away from the island: Hope. Adam Orth and Alex Oshima won’t have what they had before. That’s gone. In the simplicity and silence that follows the explosion, however, they can inch forward in a new direction. “[Adr1ft] works because you’re floating through this disaster,” he says before we head back to the studio, “but it also feels like home.” 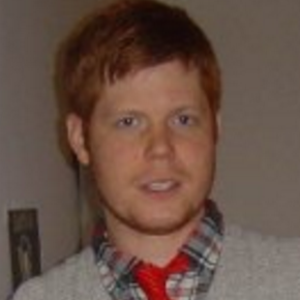