Ctrl V and the future of virtual reality arcades

Waterloo, Ontario doesn’t seem like an obvious starting point for a new era in social gaming. Yet that’s what it’s becoming.

Located about two hours west of Toronto, Canada’s largest city, Waterloo is a modest university town that—like many Canadian cities—proudly bears its Western European heritage on its sleeve. There’s that name, to begin with; there are a King Street and a Queen Street running through downtown. But in recent decades, Waterloo has become something of a magnet for forward-thinking tech outfits: the city’s largest employer is currently Blackberry, which has its headquarters right across the street from the University of Waterloo. And just a few steps away from the Blackberry building, literally in its shadow, you’ll find a small new company called Ctrl V, whose ambitions might be even greater than its famous neighbor’s.

Ctrl V bills itself as the first virtual reality arcade in Canada, but in truth it’s the first of its kind in North America. (There is also VRcade in Seattle, a mobile company that brings its equipment to the customers, and a developing project in Los Angeles called Starcade VR that is not yet open for public use.) If this seems surprising, consider that the very concept has several factors working against it. Virtual reality technology is still so new and expensive that most people simply haven’t had the means to experience it yet; it’s not an activity that readily presents itself as a way to kill a Friday night. And even if it was, the press hasn’t exactly been overwhelming: those familiar with the available VR technology have suggested in no uncertain terms that it doesn’t yet live up to the decades-long anticipation for the medium.

Then there is the arcade concept itself, which has something of a troubled history in North American culture. Younger readers of this site will probably have never visited a true game arcade, if only because so few still exist. (Dave and Buster’s doesn’t count, for the record.) But there were tens of thousands scattered across the continent from the 1970s to the early 1990s, when arcades weren’t just places to play games, but bustling cultural destinations unto themselves.

In this era, the digital aspect of the medium was incidental to its function as a tool of adolescent cohesion. Before The Wizard, there were the pinball wizards, and their respective hangouts both operated blessedly free of parental supervision. As Laura June has persuasively argued in an excellent essay for The Verge, this social aspect of arcades had more to do with their decline than any technological limitations: “Our culture seems to have decided that kids are better off when they’re not alone with other kids, and worried parents have been victorious in their mission to rid us of these troublesome spaces for loitering.”

Ctrl V has something different in mind. “The #1 thing we’ve been trying to do is to let people know it’s not just for kids,” says CEO Ryan Brooks. “Some of the parents have brought their kids out and they say, ‘Oh, my kids are going to have fun!’ and we’re like—you’re going to try this too! You’re not leaving here until you get one of these on your head.” This is one reason, Brooks suggests, why Ctrl V exclusively uses the Vive headset: “What Vive did right was going the Wii approach, which is literally a trigger and button on top.” The simplicity of the controls and the intuitive nature of VR space make for a more universally accessible experience. Concomitantly, Ctrl V is already using its space for purposes other than entertainment. Brooks tells me how he had recently accommodated a local paramedic looking to use a piece of software called RescueSim for mass-disaster response training for local firefighters, police, and EMS staff.

On the other hand, Ctrl V is certainly equipped to entertain. In the short demo session I was granted, I had time enough to play two different shooters that felt very much like 3D versions of the arcade classic Space Invaders (1978): simple, but insidiously addictive. I could have played for hours. This, it turns out, is another danger Ctrl V wants to head off at the source. “The idea for the whole arcade came to me eight years ago,” Brooks says, “when I heard about a guy in Korea who died after playing 56 hours straight of gaming. He died of a heart attack. And I said, that’s just on a 2D monitor—what’s going to happen when we have the graphics and the capability to be in the game?” Brooks imagines an unsettling future of game addicts paying for a kind of permanent life support, so lost in virtuality that they are no longer conscious of what happens to their body. To curb any such inclinations, Ctrl V currently limits its customers to hour-long sessions.

This limit is, I think, the most glaring difference between the classic game arcades and what Ctrl V is doing. When I was young, much of the attraction of the arcade was that I could linger as long as I liked, as long as my precious supply of quarters hadn’t run out; even then, it would be easy to spend another hour watching, say, a Street Fighter II (1991) virtuoso demolish the competition. That was the point: nobody really talked to each other, but we were all there for the same reason, and so it become a de facto community. But the atmosphere at Ctrl V feels quite different. Because of the relative sophistication of the devices, employees are required to be present to set people up with the headsets and load the software. This means that your hour-long sessions, which are currently all the arcade allows, are initiated and terminated by someone other than you and the game. A minor inconvenience, to be sure, but I suspect that I’m not the only one who might miss the golden days of troublesome, unsupervised loitering.

Then there is the muted sociality of the environment. No matter how intuitive or immersive the game experience is as you are playing, it’s impossible—especially when you only have an hour—to truly forget that you have a non-virtual body which stubbornly continues to reflect light into the eyes of people around you. And even as you struggle to avoid lapsing into VR face, your game is translated to two dimensions and broadcast on a television screen located near your station. Thus you have a situation where people can see you and see what you are seeing, but you have no reciprocal awareness. It’s like playing a futuristic game of Pin the Tail on the Donkey, and for those inclined to self-consciousness in public, it’s not a particularly comfortable combination.

I don’t mean for these to be taken as criticisms of Ctrl V’s approach. If history is any indication, a more tightly supervised and structured arcade environment is more likely to meld harmoniously with the surrounding community. Indeed, Ctrl V’s efforts to universalize the VR experience point in the same direction. And as VR itself becomes a more social space, allowing for everyone present to interact fluidly within the game, the corporeal awkwardness might fade away. But at that point, it must be asked, what would be the point of an arcade at all? Why not stay in the comfort of our living rooms, as we already do while chatting our days away?

Brooks’ motivation for Ctrl V is a noble one, but I suspect that as the technology becomes more widely available, those with the inclination to go on 56-hour StarCraft 3D (2018, probably) binges will continue to do so in the mortal comforts of their home. It’s the inescapable paradox: as virtual reality allows for increasingly realistic social encounters, it will make the real ones increasingly pointless. It is unclear what place this leaves for a structured arcade experience. 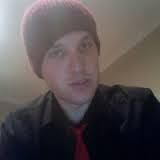