The deep web is a place notorious for its cybercrime: child pornography, drugs on the Silk Road, guns and fraud. Its reputation is one as a male-dominated cesspool of illegal business and rancid discussion. So what happens when something innocent and cute takes place on the deep web? Something like a bake sale.

That’s what a collective of designers and feminists operating under the banner “cybertwee” did last year after a successful Kickstarter. Amid the dark expanse of the deep web, for 48 hours only, there existed a small pocket sweetness and femininity, selling rosewater cookies and edible glitter. Now cybertwee is looking to branch out and establish their own digital headquarters, laying the foundations with their next project, which is described as “if #cyberpunk had a cute sister who was secretly better at hacking.”

What is unexpected, then, is a pastel dreamscape created by a group of women, a fantasy of cyberpunk influenced by traditionally feminine aesthetics. This is the radical vision behind cybertwee.

You’ve probably seen this aesthetic before—on the surface it’s inspired by a Y2K version of the future seen through a rose-tinted lens. It’s all hologram clothing, glitch art, and touches of pastel drawn from early Internet aesthetics, before it was infused with its current high-tech sensibility, as seen in vaporwave and seapunk. Followers of cybertwee are interested in softness, but also in the TOR network and issues surrounding cyber-security.

candy-colored sentimentality in a world awash in irony

As Gabriella, one of the people behind the cybertwee collective states, “the most important part of the aesthetic is the part that isn’t aesthetic.” Because cybertwee isn’t about the look—it’s about the community. Cybertwee is about the underrepresented femininity in tech, it’s about crafting a space for people of color, queer, trans, and gender non-conforming artists and developers to create and discuss STEM and other new media. Cybertwee is the radical notion that you can be both deeply feminine and also interested in technology or the digital medium. “We feel like we can inject as many geocities roses into that as we want and it should still be taken seriously,” Gabriella writes.

Due to the way that we discuss feminine topics, it’s easy to write about cybertwee in a way that sounds dismissive. Words like “pastel,” “twee,” and even “cute” are loaded with a series of negative connotations that peek out like wild dogs from the weeds of “how to get your girlfriend into games” articles. Cybertwee is actively fighting these stereotypes—cute has a place in tech.

“Cybertwee has always existed, it just never had a name, and we think it deserves one, for the sake of femininity in technology…” Violet, one of the other women behind cybertwee tells me. The movement and aesthetic has a presence online already—through their Tumblr and Facebook group and other social media accounts. But they’re looking to become a non-profit, and to start that they’re creating a virtual headquarters, including a “rotating gallery and digital residence space” that they’re hoping to fund via Kickstarter. It’s a space for “gURLs,” which encourages works in digital mediums like virtual reality, 3D modeling, and coding in an open-source community.

With the chief tenants of cybertwee appearing to be tech, collaboration, and femininity, it’s little surprise that the proposed headquarters resembles an open-air vaporwave mall filled with pink palm trees and social media postings. It’s a Barbie Dream House of high tech, full of candy-colored sentimentality in a world awash in irony. It is, at its core, as earnest a digital space as you are likely to find.

The question remains—how do you take cybertwee and its message of tenderness and acceptance in male-dominated spaces and push it towards virtual reality? For the cybertwee collective, it’s about ubiquitous computing—where computing can be made to appear anytime and anywhere—overall accessibility, and as May, another founder, puts it; “softer, queerer, more diverse mediated reality experiences.” To this end, cybertwee’s HQ is intended to be accessible on the cheapest of the virtual reality platforms, such as Google Cardboard. “It’s extremely important to us that this space isn’t reserved for an elite class who can afford expensive VR equipment,” Gabriella writes. The idea is to use this as a platform for cyberfeminists to meet and discuss the art and politics of the physical world, only virtually. The low cost, scrappy nature of Google Cardboard opens up those possibilities.

You can back the cybertwee HQ on Kickstarter where it’s currently being funded. Money will go towards helping fund the 22 artists—from legendary Australian cyberfeminists VNS Matrix to the sentimental wallpapers of Jessica Dolence—that are contributing work to the HQ’s first art installation, and further funds will help the exhibitions continue. 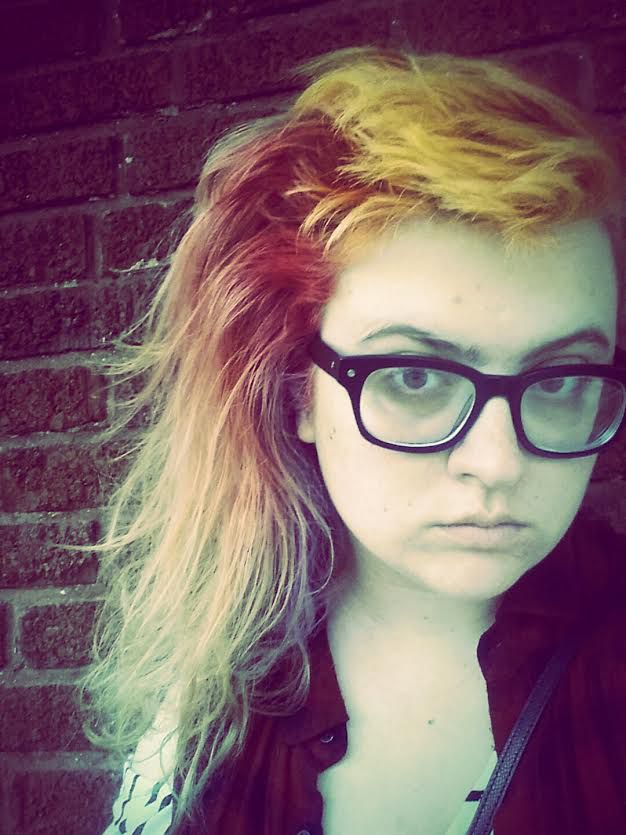