Designing the office space of the future

by Alex Kane @alexjkane
Designing the office space of the future

If there is one thing virtual spaces like email and Google Hangouts have done for us, it’s making geography less relevant. But letting go of tradition in the workplace is a slow process; most office workers, for instance, are still obliged to use a fax machine and dress like Don Draper.

Publicly available VR now presents a further challenge to work culture, and there’s perhaps no better illustration of this than Owlchemy Labs’ Job Simulator. The VR-only launch title puts players in the shoes of office workers, auto mechanics, gourmet chefs, and convenience-store clerks, though it’s not quite so simple. The game is set in the year 2050, at which point humankind has been made obsolete by the robots that now hold all our jobs. As unemployed citizens of the future, then, players are given a selection of roles inside the simulation, so that they might understand what it was like “jobbing” in the waning years of the human workforce—that is, our present.

There’s a deliberate tension between the game’s cutesy, absurd aesthetic and its science-fiction context. It resembles the Little Tikes kitchens of the 1970s and ’80s, and facilitates the pretend play that children get from those kinds of toys, yet it’s also clearly aimed at an educated adult audience. Given the increasing availability of VR headsets and the satirical dystopia within the software itself, Job Simulator raises some profound questions about our evolving work culture, even if it does so from a place of joy and innocence.

“This future is closer than many realize”

“Office culture can be freeing or stifling, and the delta between the two is surprisingly small,” says Alex Schwartz, CEO of Owlchemy. “Things like ceiling height, desk density, materials used—both for aesthetic and audio-muffling purposes—and overall layout can greatly affect the vibe of an office.”

The offices known to people working in videogames have open-floor plans and dim lighting, meant to minimize distractions. And while Owlchemy began as a remote collaboration, able to avoid the kind of studio setup typical to game makers, a more traditional workspace became necessary when the studio got its hands on various VR development kits, including one of Valve’s early Vive prototypes. “We needed to share one or two in the early days,” Schwartz says, “because there were only twenty in the world outside of Valve’s offices.” So the team came together in Austin, Texas, and set up shop in “a residence-turned-office à la Mike Judge’s Silicon Valley (2014–present).”

Today, Owlchemy Labs is roughly twice its original size, and the office has grown along with it. The studio’s current office consists of two tracked spaces separated by a large wall of whiteboards that blocks the two areas’ respective laser grids from bleeding over into one another.

“When you’re developing VR content,” Schwartz explains, “you need to carefully arrange your office to work within the confines of the hardware you’re developing with. On the Vive, we are able to be tracked while at our desk, and also can back up from our desk and walk around in an open area to test room-scale games.”

These inherent limitations—the convergence of cyberspace with the physical—informed a great deal of Job Simulator’s development process. Experimentation with dev kits led to physics-based environments and gameplay prototypes that involved doing basic tasks within a mundane, contemporary game world, which then required an artistic explanation.

“We’re a bunch of futurists and tech geeks at Owlchemy, so we of course were keeping up on the latest in the world of Elon Musk, driverless cars, robotic automation, et cetera,” says Schwartz, whose influences also include films such as Office Space (1999), Fight Club (1999), and The Matrix (1999), as well as books like Neuromancer (1984) and Snow Crash (1992). “The idea that essentially every job in the world was below the fold of automation was a fascinating concept.”

He cites the trucking industry, one of the largest in the United States, as an example of how automated systems truly could replace a significant number of human jobs. “This future is closer than many realize,” he warns.

Asimovian prophecy aside, not everyone will appreciate the finer points of the worldbuilding in Job Simulator. A large part of the game’s appeal lies in using everyday objects like Xerox machines and coffeemakers in wild, unintended ways for comic effect, much as children do with toys meant to resemble the props of the grown-up world. But whereas children are meant to learn creativity and develop problem-solving skills through play, Job Simulator is all about subversion.

According to Schwartz, flinging staplers across the room is a perfectly legitimate use of the software. “We created a space that allows people agency, and leave it up to the player [to decide] how they want to have that experience. And they do! We’ve seen people follow every single instruction and task to a T, and they enjoy it. We’ve also seen them ignore everything that was asked of them and copy donuts for the entire play session, and they enjoy it. In both cases, we’ve done precisely what we had hoped to do.”

Virtual reality’s greatest strength, he observes, is its integration of simple motion controls in a naturalistic environment. With “accurate physics and the ability to use your hands,” players of all ages and experience levels are able to interact with digital spaces in wholly intuitive ways. “Our parents and grandparents have had no problem picking up and mastering the interaction methods in Job Simulator, mostly because VR affords a more natural mapping of input”—based not on the design limitations of a particular gamepad but on human physiology.

Schwartz tells me the company has a running joke that, in five or 10 years’ time, all of their development work will be done inside the virtual realm. He envisions a VR workspace located right at home, with remote communication; whiteboarding in real time with team members on distant continents; a new paradigm in stark contrast to the office culture of today.

“Faxing, scanning, and printing documents on dead trees will at some point be regarded as barbaric and hilariously inefficient,” he says. “I’m personally known as the one in the office who hates paper the most and is offended whenever asked to fax something.” 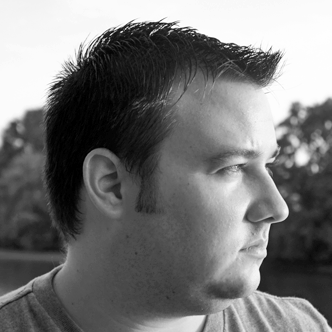