Five takeaways from Versions, the first festival on creativity and VR

by Versions Staff @versions
Five takeaways from Versions, the first festival on creativity and VR

The inaugural Versions VR festival was held at The New Museum in Manhattan on March 5th, 2016. Co-presented by NEW INC and Kill Screen, the festival brought together a diverse mix of talented individuals from many creative fields, including artists, journalists, and filmmakers. The focus was on the exciting emergent medium of virtual reality: where it came from, where it is going, and what it is. Here are a couple of takeaways from the event.

VR is changing the perspective of the film industry

The speakers at the “VR: The Last Medium?” talk all agreed that virtual reality will not be the final frontier of artistic expression, as VR evangelist Chris Milk has proclaimed. However, the medium is certainly peculiar as an interdisciplinary artistic space. VR exhibits some characteristics of the old guard of artistic mediums and other characteristics of being an entirely new thing. VR presents novel challenges to artists looking to make the leap into this exciting new space, and one of the biggest is to the world of filmmaking. The film industry will have to adapt to the expanded scope of the frame, according to panelist Jessica Brillhart of Google VR. Whereas filmmakers traditionally have tight control over perspective in a shot, with VR they must relinquish some control to the audience who can look in any direction and move throughout the scene.

Because VR goggles create environments that move realistically when users swivel their head, the technology has the uncanny ability to trick the brain into believing that the information being processed is real. This creates an illusion of feeling of presence, which researchers are studying to unveil fascinating aspects of the brain. During the “Where is My Mind? VR on The Brain” panel, speakers from the disciplines of clinical psychology, computer science, and DIY neuroscience got into the nitty-gritty of how VR has changed research. Skip Rizzo of the USC Institute for Creative Technologies discussed the effectiveness of treating PTSD inside VR. However, the application for brain sciences extends outside the lab. VR offers creators a direct interface with the brain, so it is crucial to understand how the mind works.

Traditional avenues of reportage such as longform journalism raise questions about the world around us, but VR’s immersive qualities can present the news in a bold new light. During the panel “Does VR Need a Hippocratic Oath?” Sam Dolnick of the New York Times said that he knew all about the cruel practices of the meat industry, but was never persuaded to give up meat until watching iAnimal, a VR documentary that goes inside a Mexican slaughterhouse. While VR is an incredibly potent tool for storytelling, journalism in VR is so new that it lacks the code of ethics that is found in its journalistic counterparts. Professional journalists and representatives from the news media came together to talk about how to codify a standard of ethics.

New technologies are often accompanied by new fears. With a headset that isolates the user’s senses, virtual reality can seem anti-social to the uninitiated. However, the multimedia artist, human-computer interaction designer, and VR porn entrepreneur who made up the “Intimacy, Embodiment, and Alienation” panel believe VR has the potential to bring people together. VR exists as an inter-dimensional space that allows people to experience togetherness even when they are far apart. The industries VR communication will touch are broad, from social network development to online dating. But in order to take advantage of the immersive qualities of VR, creators will need to master the language of game design, including concepts such as player agency, meaningful choice, and flow.

For the keynote presentation, Douglas Trumbull, the special effects artist for 2001: A Space Odyssey, Blade Runner, and The Tree of Life, took the stage to talk about how he pioneered immersive cinema in the ‘70s as a precursor to VR. Under the tutelage of Stanley Kubrick, Trumbull learned to create films that made the audience feel like they were living inside them. This often meant stripping out cinematic conventions such as plot, dialogue and dramatic tension that detracted from the sensation of realism. The takeaway from his talk was that merely porting or adapting media content into VR is not going to work. VR is even more lifelike than the already highly immersive medium of videogames, and it’s important that the development world changes up their swing to create tools and techniques that can take you to virtual worlds. 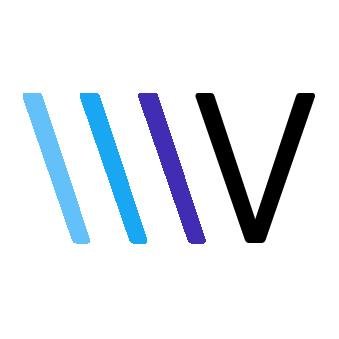