A game for everyone who wants Harry Potter Go to happen

The overwhelming popularity of Pokémon Go proves there’s an appetite for augmented reality (AR) games—or, at least, Pokémon-themed ones. Whatever the case, a Danish-based team hopes that the appetite for AR games extends to other worlds, as they’re currently making Maguss. It’s an AR game set in a Harry Potter-like world filled with wizards, witches, magical spells, and a host of magical creatures.

Now, given recent rumors that Niantic (the developers of Pokémon Go) are making Harry Potter Go—which have been proven completely false—it may seem like Maguss is an attempt to jump on an opportunity. But that’s not the case as there was a failed Kickstarter for it last year, long before Pokémon Go came out.

Ondrej Tokar, the founder of Maguss, says the idea for the game came while riding the Jacobite Steam Train (otherwise known as the Hogwarts Express train). As they passed by some mountains, a thought popped into his head: “Wouldn’t it be nice to build [a Hogwarts-like school]? Just imagine… [where] you don’t have to learn math and all… but something more interesting or in a magical way.”

you’ll finally be able to live out your wizarding dreams

This seemed like a big endeavor so he simplified the idea: create magical wands with a combat system. Thinking about how laser tag works (where infrared signals are detected by sensors), he and a colleague used the same principle to develop the wands but with a twist. Different signals were sent depending on the wand’s motion when casting a spell (i.e. waving your wand in a circular motion). Cast the wrong spell or do the wrong motion enough times and you’ll likely lose the duel.

Despite that aforementioned failed Kickstarter campaign back in August 2015, the team continued work on Maguss, and now have it looking much better than it did back then. This time around, Tokar was able to hire more people (now an 11-person team) and change how the game works on a technical level—switching the wand’s connection from infrared to bluetooth. This change has allowed for more leeway on what features can be included in Maguss and also allows for the wand’s price to be dropped from $60 to around $35.

One of the biggest features of the new versions of Maguss is allowing for different play styles. It’s been the bulk of the work since last year as Tokar “really wanted the gesture control system [of the wand] to work.” As before, the combat system is conducted with custom-made wands. So, yes, when the game is complete, you’ll finally be able to live out your wizarding dreams by whipping out your wand to duel and cast spells on other players or monsters (or, if wandless, you can draw the specific spell motion on your phone’s screen).

With this system in place, the team is now shifting their sights to other features. This includes incorporating geolocation features (as in Pokémon Go) so your walk home can become quest-filled adventures where you can also collect resources for use in crafting items or mixing elixirs and potions.

With all these features planned, I tell Tokar that the game seems like an ambitious undertaking for a small team. But he remains confident: “We’re 50 percent done but in two months we will be done. [Development] is going very quickly… Right now, it’s [going] perfect,” he tells me but quickly adds, “…hoping not to jinx it.” If the team can pull it off, Maguss will be a game that puts “magic” in your hands.

Maguss is still in development. Currently, the game’s content has no ties to the Harry Potter universe. The team hopes with enough fan support (through this petition), they’ll be able to transform it into an official Harry Potter Go game. Follow their progress via their website. 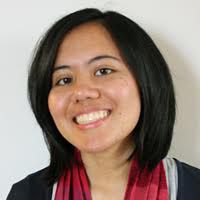