Hardcore Henry and the problem with immersion

by Zach Budgor @hastapura
Hardcore Henry and the problem with immersion

A fight scene is a dance: not just between the characters in conflict, but between stunt people and the effects crew, between the cinematographer and choreographer, between the editor and sound designer, all of them moving together at once.

The best fight scenes have a narrative arc, however slight or implied. Think of Bruce Lee adapting to and punishing Chuck Norris’s brute power in Lee’s 1972 The Way of the Dragon, or the feral, hallucinatory slaughter that ends Kihachi Okamoto’s 1966 psychotic ronin portrait The Sword of Doom. These fights reveal something about the characters, or give us miniature dramas of will, all thanks to the intricate efforts of the filmmakers.

All this is to say that Ilya Naishuller’s Hardcore Henry not only fails to function as an action movie, but completely misapprehends the basic workings of action movies. Hardcore Henry employs an absurd gimmick: it’s filmed entirely in point-of-view shots to—if videogames have taught me anything—fully immerse you in the action. That it’s not all one take perhaps counts as restraint on the filmmakers’ part.

Hardcore Henry hews close to the player-centric structure of first-person shooters. But removed from the context of a videogame, the way the story coils around a single person’s perspective and his exceptional ass-kicking skills is ludicrous. A mugging Sharlto Copley (District 9) essentially carries the whole film as Henry’s NPC buddy, always popping up to take out a baddie, or give Henry a waypoint to reach. It’s like watching someone else play a shooter composed entirely of execution kills and jumping puzzles. The story is an un-ironic echo of the scene in 1990’s Total Recall where Arnold Schwarzenegger is given several different options for his “dream vacation,” which all follow a similarly adolescent arc: strong dude, hot chick, lotta guns.

I don’t mean to be dogmatic about how an action movie “should” or “shouldn’t” be. Stuff like the 180-degree rule and the other tenets of continuity editing can be broken and bent all you want: this was the point of, for example, the French New Wave. Cinema has internalized those old lessons by now, and found new ways to innovate.

a punch isn’t just a punch, it’s the windup, the hit, the stagger, the recovery.

Hardcore Henry’s guiding principle is not innovation; it’s “sick.” From its just-us-lads treatment of women to its lead-balloon gay panic and rape jokes, it constantly panders to the teenage douchebag demographic. Think Crank (2006) played straight. The POV gimmick, then, hopes to not only make us the perpetrators of the badass onscreen carnage, but an idealized adolescent fantasy.

The problem is that this superficial immersion is anything but. There’s nothing on the screen to get lost in, no artistry of any kind. Even the stunt work is obscured by the constantly whirling camera; all smeary motion and fisheye lenses. Ironically, shooting through Henry’s eyes is far more distancing than traditional cinematography because it erases momentum: a punch isn’t just a punch, it’s the windup, the hit, the stagger, the recovery. But Hardcore Henry is all impact, all the time. It’s like a round of Mortal Kombat in which every button press executes a fatality, spines and skulls and ribcages overtaking the screen.

First-person melee combat games have never really worked because it’s an inherently limiting perspective. First-person shooters lean into this via distance, always funneling your gaze through corridors and ironsights. A fistfight is intimate: it could involve an entire warehouse, zigging and zagging around. Making full use of that space, with camera and lighting and choreography, is what animates a magnetic action sequence: think of the breakneck foot chases in The French Connection (1971), or the ever-escalating kitchen fight in The Raid 2 (2014). The characters are locked in their own dance; we, the audience, in another.

The problem with buzzword-of-the-moment immersion is that it assumes the viewer is king. We want to give you an experience you won’t forget. Are you feeling like a part of this story yet? This is the line on VR, for now. It’s your head in the headset and your hands on the controllers, so the games cater to you, wanting to show you something shiny and new. Our own Dom Sinacola talked about how Alejandro González Iñárritu’s desperate-to-impress The Revenant (2015) is an experience in vicarious pain, subsuming our unsteady reality into a sort of brutality tourism: “stories are roles to wear, and misery to imbibe.”

Hardcore Henry goes further: it panders to the audience in its depiction of pain. Even the two most recent Universal Soldier movies found time to probe the depths of their unsettling, violent psychology. But there’s no more truth in Hardcore Henry’s exploding heads or shattered limbs than in how it depicts a man whose body is not his own any more. Art is not a tubful of water to hold your audience’s head under until they feel like they’re Really There. Even teenage boys deserve better than this. 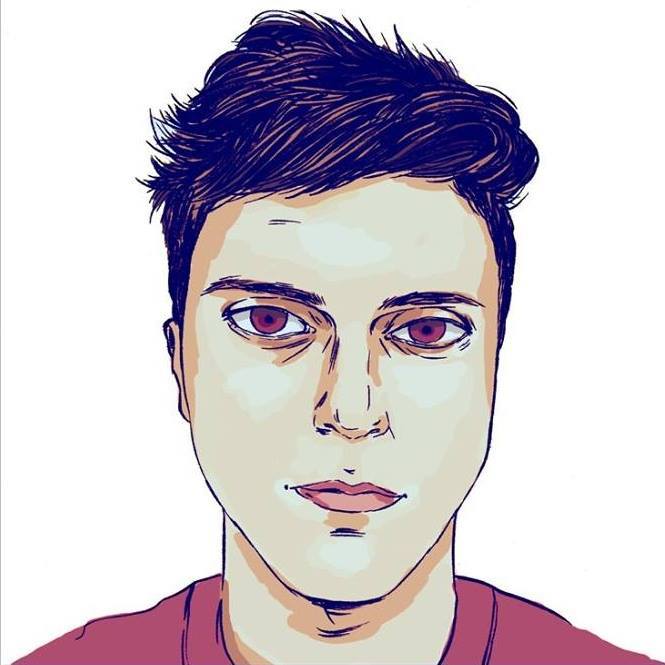