Hatsune Miku is a vocaloid—a synthesized voice software created from the roots of a real person’s voice, but changed into its own sound. This voice is then accompanied by a Japanese anime-style avatar. In Miku’s case, this avatar is a teenage girl who is most notably characterized by her long blue pigtails. Although not the only vocaloid singer, Hatsune Miku is the most famous and financially successful project. SankeiBiz, a Japanese business magazine, reported that during her first five years, Miku brought in $120 million.

For many, Hatsune Miku is not a person. In fact, she is not even run by one person. Rather, she is a network of fans and producers that contribute to her persona directly (producing music) or indirectly (fan fiction, fan art). Crypton Future Media, the actual owners of Miku’s franchise, encourage these contributions and have made efforts to support contributors by creating social media sites specifically for them. As a result of the open-source quality that Hatsune Miku possesses, you can see her participating in a variety of scenarios, ranging from a cover of a 90s Finnish pop song to a VR experience where she is on her knees, her hands tied behind her back, while the user gives her a chocolate banana to lick. It’s even more sexual than you’re imagining.

It is hard to see scenarios that are so inherently non-consensual and think of them as anything but a form of assault. In the famous 1993 paper, A Rape in Cyberspace, Julian Dibbell tells the story of a cyber assault that happened in the online community LambdaMOO. A MOO is a text-based roleplaying server where multiple users can interact. “No bodies touched. Whatever physical interaction occurred consisted of a mingling of electronic signals sent from sites spread out between New York City and Melbourne, Australia.” This assault occurred through a “voodoo doll” program—that is, a program that would make it appear as if a user had typed a certain action, when the action was really being controlled by someone else. The life of Hatsune Miku is one large, financially supported, communal voodoo doll.

“Comb your fingers through my hair and pat my head, calling me a good girl”

Critical scholarship about Miku often focuses on the extensive community that is centered around her and the cultural context that she creates, but there is not much writing that relates to Miku as a person. Obviously she is not a person in the traditional sense. However, if fans are relating to her as a pop star, through watching her perform on stage or participate in sexual acts, then an expanded definition of “person” is required for an accurate and full analysis.

For the most part, no single interpretation of Miku can be argued as “more true” than another. A fanmade music video has no more validity than a VR Miku who licks your face (not to be mistaken with the other VR game mentioned above—these are two different games). This is a strategy that is deployed very intentionally by Crypton, who would likely not want to risk losing fans if they demonstrate favoring one interpretation. With this in mind, we can really only analyze Miku through the understanding that she is collaborative ambassador for many subcultures and communities.

Although she lacks agency, Miku seems to simultaneously possess some divine qualities. She remains malleable enough to fit the many interpretations that her followers give her, while still having a physical structure that leaves room for praise. These qualities could be what makes her so successful. It is not everyday that you can make a puppet of a God. It’s not everyday that you can see a pop star on stage during the afternoon and then again in your Oculus that same night. While Miku is being pulled in many directions, one can’t help but think about how she must feel. What would she say if she could speak? Would she want to have those pigtails? Would she even want to sing? Would she want to lick the chocolate banana?

There is a list of official characteristics that have been described by Crypton to dictate Miku—most of which are about her appearance. Miku was born on August 31st. It cannot be a coincidence that this makes her a Virgo, a symbol for purity. No mention of a year because she was created to be permanently 16 years old. She is also permanently 5’2” and 92 lbs, which makes her underweight. These chosen characteristics are just as important, if not more important, than the traits given to her by fans. When she was released in 2008, Crypton knew of the long history of sexualization that occurs towards teenage girls in anime. They knew what was going to happen and they knew it would be profitable. This history gets reinforced every time the teenage avatar sings lyrics like “You can be a bit more forceful I’m diving straight into your chest … Comb your fingers through my hair and pat my head, calling me a good girl … I’m showing too much of my chest? But you like it this way, don’t you?”

a docile body in which oppressive systems rely

There is a song that Miku performs occasionally that breaks her out of her usual persona. The song is called “The Disappearance of Hatsune Miku” and the lyrics start with, “I was born, and then I realized I am but a simulation. Yet, still I shall sing. My life is eternal.” Throughout the song, the audience sees Miku becoming aware of her existence and how she is controlled. “My personality depends on the songs … I once found such joy in those songs. How is it that now I cannot feel a thing?” The first time I saw this performance, I was excited. Finally! Something that demonstrates what I’ve been trying to articulate all this time! Even Hatsune Miku agrees with me! Then it hit me. Even this reflection is but a fabrication of another producer.

Hatsune Miku will never be in control. She will never get the opportunity to express her gender. All forms of her gender can only be described as gender policing—she is being molded into these feminine identities by people in power, who make decisions on her behalf. In sociology, it is known that power is invisible, and invisibility is how power remains. In this case, the people in control are hiding behind an anime teenager. It is imperative that we look beyond the hologram. It is important to be critical of her producers and franchise owners. We must acknowledge the power they have and bring them into the spotlight. However, we cannot focus only on our critique. We must also support Hatsune Miku.

Miku doesn’t just represent pixels on a screen. Miku represents a docile body in which oppressive systems rely. Through her, we can see the power of patriarchy. The process of change and identity that we can see her go through perfectly illustrates and mirrors the process of socialization that happens and is constantly happening to all of us. Miku has power as well. We can credit Miku with the communities that have been created in her honor and we can credit her with the art that has been made in her name. Commitment like that does not happen to every singer or anime character. Miku signals the beginning of a transition. Through the expansion of VR, the creation of more digital personalities seems inevitable. Famous people become much more accessible. The stars themselves don’t require food, sleep, or even compensation. When these new personalities emerge, we must consider the world they will be entering. If it’s going to be anything like Miku, their existence will be pretty one dimensional—performing different personas for various crowds that might contribute to them creatively or financially. It might not be far off to start considering the “human” rights issues that apply to digital personalities. After all, if she is appearing like a human, and being related to like a human, it seems imperative to critique Miku’s place in our human power structures. 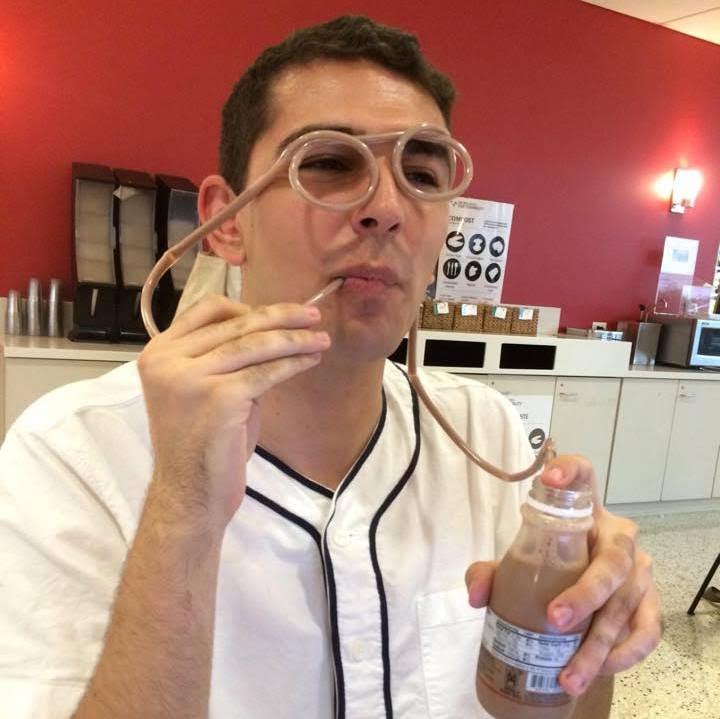