How one studio is making city spaces more playful

Governments have been using and perhaps abusing public space. A street is no longer a street, it’s a smart environment that can collect data from the citizens that pass through, tracking their behavior in real time. What was once designed for pedestrian flow is now an assembly of surveillance. The Playable City project, however, is interested in using technology as a way of creating democratic dialogue between citizens and the city from a more playful and human approach.

On its website, the British studio Watershed defines the project’s goal straightforwardly: “By transforming city spaces into places of unexpected interaction the Playable City is a conversation starter towards the change we would like to see in our cities of the future.”

One way that Playable City works toward this goal is through a yearly award that has been held since 2013. “Last year, we had 117 applications from 60 countries, and the Urbanimals project was a Polish team that we commissioned,” said Mark Leaver, development director on Playable City. Urbanimals used 3D animations of animals interactively projected on the walls and pavements of Bristol, which led people to follow kangaroos, rabbits, and cockroaches around the city at night.

An article on ArctectureAU covers how Pokémon Go encouraged people to visit new places in their city, but also how it has turned residential neighborhoods into battlegrounds, much to the upset of the locals. Playable City, on this matter, shows more care. “With each place we have to study a couple of things. What’s the conversation that the city wants to have? We don’t ever say that we can solve an issue or solve a problem. We’re a way of engaging people in a conversation,” Leaver said.

Most projects are prototyped in Bristol, where Watershed is located, but they are now being moved around other cities within the network of Playable City. Leaver and his co-workers support the projects by negotiating with authorities during the development stages. “When we’re working in a city, we’re looking for three things: we’re looking for the involvement of the city government because we want to work in public space and we want to be part of the fabric of the city,” Leaver explained.

“It used to feel dangerous walking down here, but now there are people playing”

Hello Lamp Post placed codes in city objects like mailboxes, benches and, of course, lamp posts. People could use their smartphones to text any message they wanted to these objects and get a reply based on previous interactions people had with the same object. Even though these projects are focused on increasing the interactions from person to person, and person to city, some of them may also gather data. And not necessarily in the scary, totalitarian, the government-is-spying-on-us way. Hello Lamp Post, for instance, has shown that people from Tokyo tend to be early birds while citizens of Austin are mostly night owls, which makes sense when we see that the favorite time of day for people in Austin is the night and in Tokyo is the morning.

Shadowing, the winner of the 2014 award, transformed the light of a lamp post into the light of a projector that could record the shadows of people who walked under it. It would then project these shadows to another passerby that could watch them and leave her own shadow for the next person. Unlike the 2013 winner, it would be harder to collect data through it, although lots of people could just enjoy the piece. It also made the city safer in some capacity. “We ended up bringing life to a dark alley, and we had a piece of feedback with one of the lamps, where someone said ‘It used to feel dangerous walking down here, but now there are people playing under the lamp post’,” Leaver said.

Before our talk, it occurred to me that Playable City could have been creating projects in very specific parts of cities, such as cultural centers, making them accessible only to a few people. There’s already an implicit problem brought up in areas where most residents are minorities, where there’s not as many Pokéstops and Pokémon to interact with as in white neighborhoods and city centers. Omari Akil also shared his thoughts on how black people can be put in danger when exploring the city to play the game. Leaver replied to a related question I asked him: “I think one of the things we are very clear on is that we don’t only want to talk to the digerati, the people who understand creative technology. We want to talk to everybody. When we place things in Bristol we don’t just place them in the center of the city, we put them in the outskirts of the city.”

how do you animate spaces in the suburbs

The conversation the city wants to have is always the key motivator for Playable City projects, and the artists and creators are the ones who can bring different topics to be approached. “If [the question] is how do you animate the suburbs, or how do you animate spaces in the suburbs, then OK, so then let’s gather the creators and technologists and architects who planned this,” Leaver explained.

He also mentioned that what Playable City is trying to do next is create a project in a city like São Paulo, Brazil, where rich and poor areas are close together, and then moving it to cities with a similar dynamic, such as those in India, for instance. This experiment will be put into practice with this year’s award winner, which is centered around journeys and urban mobility—”how public transport meets pedestrians, how cars meet bikes, how do you flow people efficiently through a city.” Unlike other projects, the winner will be located for a very short period in Bristol for prototyping, but then it will immediately tour to a number of cities in the Playable City network. Regardless of the nature of the projects, they are kept in a single place for six weeks at most.

We ended our conversation by touching once again on the initial motivation of the project, which is the most interesting purpose of Playable City: “[It’s all about] taking what seems a slight lateral approach, a more playful approach, and give you a different result and engage people in a different way.” What may keep the project from trying to solve issues in these cities is that they are, obviously, going up against social constructs and political issues that have been going on for decades. The challenge the creators face in the future, then, is in starting the conversations that the citizens of each target city should be having so that they can start thinking about how to change the situations themselves, individually, and collectively.

The Playable City Award signups are closed, but you can check the 2016 shortlist here. 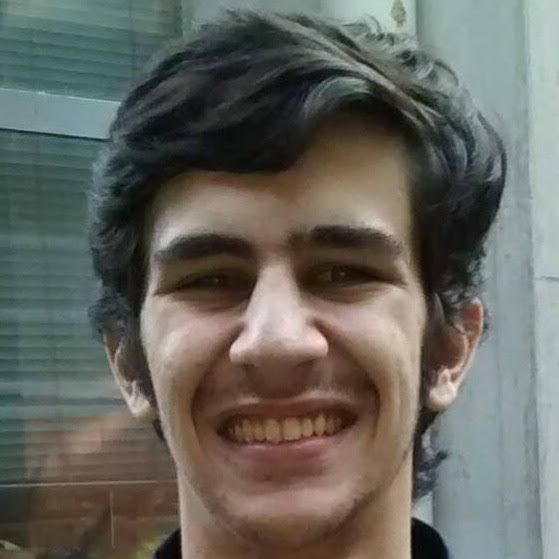