Think of the children

by Tommy Rousse @ludist
Think of the children

This article was originally published in 2014 for Kill Screen Issue 8: Virtual Reality.

The future of virtual reality isn’t just about whether or not it causes a stampede at your local big-box retailer, ends up in bedrooms and living rooms around the world, or enables new artistic achievements­—if, in short, VR becomes a mass medium. Let’s get past that and ask: then what? Take a January 2014 article on Forbes’ website titled “Legal Heroin: Is Virtual Reality Our Next Hard Drug”. I assume the authors left out the question mark because they’d already made up their minds. The article lurches from irresponsible comparisons of the effects of VR immersion with middle America’s worst nightmares (“a rapid hit of speed, heroin, ecstasy, marijuana, and cocaine”) to singing the potential praises of VR as a learning tool.

If you’re up on media history, that kind of overblown language sounds mighty familiar. Looking back to media panics—from dime novels to train robbery flicks to horror comics to videogames—it’s easy to imagine how VR might be vulnerable to a similar wave of fear. Those previous panics look ridiculous in hindsight: In 1954, Fredric Wertham declared Batman and Robin secret lovers in front of a U.S. Senate subcommittee as part of his crusade against comic books. In the halcyon early ’50s, when comic books overflowed on newsstands, Wertham’s bullying played a key part in relegating sales to their current specialty market. Even pinball machines were banned in most major U.S. cities for four decades because of their alleged deleterious effects on the nation’s youth.

There’s a definite cycle of mistrust, misunderstanding, and censorship by older generations of the new media embraced by youth. Dr. Dmitri Williams, a professor at the University of Southern California, calls this cycle the River City effect, referencing a tune from The Music Man. Williams describes three phases of reactions to new media used by kids: worries about the activities the media displaces, fears about health problems caused by the new tech, and opportunities to assign them blame for larger social problems. VR has some peculiarities that make it a fine target for all three phases.

What will be displaced? The physical world, for a start. Immersion in a virtual world is exclusion from the world around you. When a teenager is playing a console on the TV in her room, she can still turn her head to listen and look at her mom when she asks how her day has been or whether or not her homework is finished. That same mom might have a harder time accepting her offspring whiling away her free time behind goggles and headphones that completely block out the outside world. The inhuman, slightly sinister design of the headsets mocked up in prototypes and concept art isn’t doing the medium any favors: Headsets that obscure most of the user’s face transform a familiar daughter into a cyborg interloper occupying the living room couch. For bonus points, put a plastic gun in the player’s hands, or have them swing their fists to punch.

If game creators do their jobs right, the player’s mouth will be zombielike in slack-jawed ecstasy or twisted into a lunatic’s rageful maw, caught in the ecstasy of popping a cap into a noob or disemboweling an unfortunate goblin. Watching someone’s entire body react to a world you can’t see is deeply unsettling. Something about blocking out the outside world makes you forget to wear the mask of normalcy. Because VR seeks to mimic the senses by covering up the outside world with the virtual, it doesn’t allow passerby to become spectators with the same ease. The fertile imaginations of a fearful parent can populate what goes on beneath those goggles with their worst nightmares of debaucherous sex and violence.

Let’s say Mom wants to try out VR for herself and straps the goggles on. Ten minutes later, she’s staggering down the hallway to eject dinner into the toilet bowl Professor Williams’ health issues phase of the River City effect. “Simulator sickness” has been the bane of virtual world development for decades­—it’s something like motion sickness, but for virtual worlds, and while motion sickness usually requires long-term or extreme exposure, like a cruise or a roller-coaster ride, just being in VR makes some people sick. Maybe commercial hardware developers will be able to crack the simulator sickness problem where the military-industrial complex and its mountains of cash failed. But given that simulator sickness is caused by a variety of factors—including the design of the virtual environment and player movement—that manifest in varying ways, degrees, and populations, a certain percentage of people will likely never be able to experience VR without nausea.

Still, most people develop a higher tolerance to simulator sickness over time through gradual exposure. So an excited teenager might get past some initial wooziness over the course of a few weeks, but a parent who wants to see what all the fuss is about could plunge into a virtual environment and end up severely disoriented. This problem isn’t going to be restricted to parents: If kids today remain anything like kids have always been, they’re probably going to overdo it on their new toys with marathon VR sessions. Christmas might get messy.

Making someone hurl isn’t generally considered a great first impression, and the cipher of VR is going to absorb all the perennial fears and complaints about young people. These complaints become a crisis of conscience when sharpened by links to the kind of horrific violence that has become all too routine in America, in tragedies like Columbine, Virginia Tech, and Sandy Hook. This is the final phase of Williams’ River City effect, where the most troubling issues facing a society are blamed on a younger generation’s embrace of new media. After the angry newspaper editorials, the outraged appearances on talk shows, and overplayed clips of the most extreme content VR has to offer run for days, what would the case for regulating and censoring the new medium look like?

Some precedents have been set. In 2011, the United States Supreme Court declared videogames protected speech. Unfortunately, they’ve never gotten around to giving a definition of speech that has much predictive power: Each new medium has to be explicitly approved by the justices as speech before it’s protected. The first step for would-be goggle-grabbers will be to make the case that VR is a radically new medium and assert that its greater interactivity and realism are fundamentally different and more dangerous than what came before it. If they can manage that, the four decades of case law and precedent that established videogames as part of the First Amendment will be irrelevant.

The next step is to make the argument that VR isn’t speech at all; this is exactly what happened to videogames in 1982. By collapsing motion-based technology into the same category, legislators might make the argument that VR isn’t speech but action, which has a much lower barrier to regulation. When something is considered speech by the courts, any legislation regulating or censoring it must pass a very high standard of proof known as “strict scrutiny”, and the videogame speech case suggested that media effects research isn’t going to get there anytime soon. If it’s not speech, restrictive laws have to pass only the “rational basis” test: Basically, if the lawmakers give any justification at all, that’s good enough for the courts. That result could be disastrous, giving enterprising local, state, and federal politicians free reign to censor virtual reality for children or even adults. A promising new medium could be snuffed out under the onerous weight of regulation.

VR is still protean in its technical and cultural configuration: The future will bring many surprises and new wrinkles to an age-old contest between young and old. The best insurance against a future of censorship for VR is by making sure a generation gap doesn’t develop. The best way to do that is by showing people who wouldn’t otherwise put on a pair of goggles what VR is like, and by showing politicians that voters recognize the cycle of censorship and fear-mongering surrounding the birth of new media. 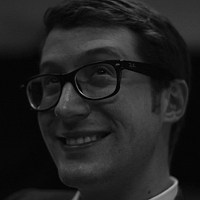