Moritz Schwyzer, Vedavi’s Manager Director and an MD, used a Razer Hydra (a motion and orientation-based game controller) and an Oculus Rift to rotate a skull against a backdrop of space, complete with nebulous purple clouds. You’d be forgiven for mistaking the nightmarish image for something out of a horror game.

With an innocuous click, Schwyzer popped off the rear parietal bone, exposing the inside of the skull. Floating tags helpfully distinguished the skull’s intersecting panes and sutures. Where the parietal bone had once been was now replaced with a ghostly blue outline, showing its natural location. The bone itself rotated in space. Schwyzer flipped it as casually as one might a pen between one’s fingers.

This is where the significance of a virtual, interactive representation of our anatomy started to reveal itself to me. Medical students often rely on flipping back and forth between the pages of dry, anatomical drawings in textbooks, speculating as to how each of these isolated parts fits together into a continuous human body. Anatomy is presented either holistically and completely, or as its constituent elements. The textbook, as a medium, does not allow for back and forth between together and apart, along with the degrees between those states.

This might seem like semantics, but for those studying the immense mechanical complexity of the human body, this kind of tactility could be a game-changer. In fact, Vedavi is counting on it.

Vedavi Medical Animations, based in Zurich, Switzerland, produces 3D animations for health care groups and institutions, like hospitals, medical schools, and medical device companies. Put another way: they allow the people whose job it is to understand how the human body works to take a walk through the body and look around.

The medical applications of VR have traditionally been limited (and I wrote about some of those applications here). It can be used to enhance simulation for medical students, or recreate triggering conditions for patients undergoing rehabilitation, for example.

These uses require absolute fidelity; when entering the complex world of medical care (and its shadow world of medical liability) simulations must be exact. For this reason, Vedavi’s 3D models are based on publicly-accessible images of actual patient CT and MRI scans. (The data is de-identified, for privacy purposes.)

“You can navigate the human body in about three minutes.”

But the influence of VR on medicine is evolving and expanding. I had an opportunity to connect with Schwyzer to discuss VR’s broadening appeal among care providers and patients alike.

“There is a huge potential audience in the next few years because everyone has a phone. This is bigger than VR headsets,” Schwyzer said.

That’s why Vedavi is currently developing for Google Daydream, whose reliance on smartphones will expand the applications for 3D anatomy to include patient education—both in terms of what human anatomy looks like, but also to explain what happens during a medical intervention.

In the leadup to a complex surgery, for example, when the patient’s care team in the early stages of planning, a patient would be able to view the pending procedure from the inside. And while the product currently depicts a healthy human physiology, future iterations could include diseases and pathology-learning software.

In this way, the vision for Vedavi’s VR software accords with a general shift in health care towards the patient as an empowered consumer and steward of data: in the loop and involved in the planning of their health care.

The introduction of affordable VR to medicine could someday be comparable to the introduction of the iPad and its app ecosystem, Schwyzer asserts. When the iPad came out there was no healthcare software on it. Now some estimates place the number of health and health care related apps at around 165,000. (Although, it should also be noted that only about 36 of those apps comprise 50 percent of total downloads. And whether or not patients actually keep using the apps once they’re downloaded is another question entirely.)

Meanwhile, health care professionals, like doctors, pharmacists, and nurses, use apps to check drug databases, communicate with their patients, or refer a patient to a specialist. We can use mobile apps on tablets and phones to map the trajectory of VR.

For now, however, Schwyzer’s team of six are focused on the traditional audiences for medical VR. There’s a workstation at the University of Zurich’s medical school, where students are providing daily feedback as they navigate Vedavi’s purplish landscapes.

“There’s a real ‘wow’ effect,” Schwyzer said. “The anatomy models are huge and right in front of your eyes. You can navigate the human body in about three minutes.”

Vedavi faces development challenges that should sound familiar to anyone trying to establish fidelity and ease-of-use in a VR environment—even with an interface as seemingly straightforward as this one.

“There are some difficulties [for users] connecting with the controllers and interacting with the models. There are two hands, which adds to the complexity. The software has been rebuilt three times already. It has to feel intuitive and cool to use, but we are at a point now where we can easily add new features,” Schwyzer said.

Vedavi’s release will coincide with the launch of the Oculus Touch. The group also hopes to publish on SteamVR.

After only a few minutes navigating Vedavi’s surreal space-scape of floating skeletons and musculature, the vision for VR in medical education coalesces. It’s easy to see how a medical student might use the platform to see how a medical device is implanted, or a surgical procedure is undertaken. Someday soon, they may see what a successful procedure’s impact looks like on human physiology compared to an unsuccessful procedure, making the stakes all the more real.

But that Vedavi’s platform might raise the baseline understanding of human anatomy, not just for medical students but for patients, too, is what elevates commercial VR headsets from niche tools for specialists to something more. Taken together, medical applications in VR can bring patients into the fold of their care by removing the mystery from our most common and shared characteristics. 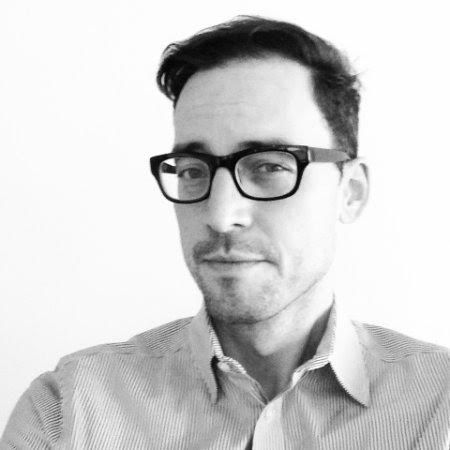