Immersive storytelling is about the characters, not the tech

Jessica Shamash is telling me about ‘haiku’ moments—when a storyteller is able to weave quiet moments into narratives of intense adventure. She says she first heard the term used when she worked on The Good Dinosaur at Pixar Animation. Shamash worked closely with Sharon Callahan, the film’s lighting director, who spoke of quiet moments, using the term “haiku” to characterize them. These little scenes nurture the bond between viewers and characters, taking a beat away from the action to remind them of their togetherness. Shamash says she carried this kind of language into her most recent project, Wolves in the Walls. 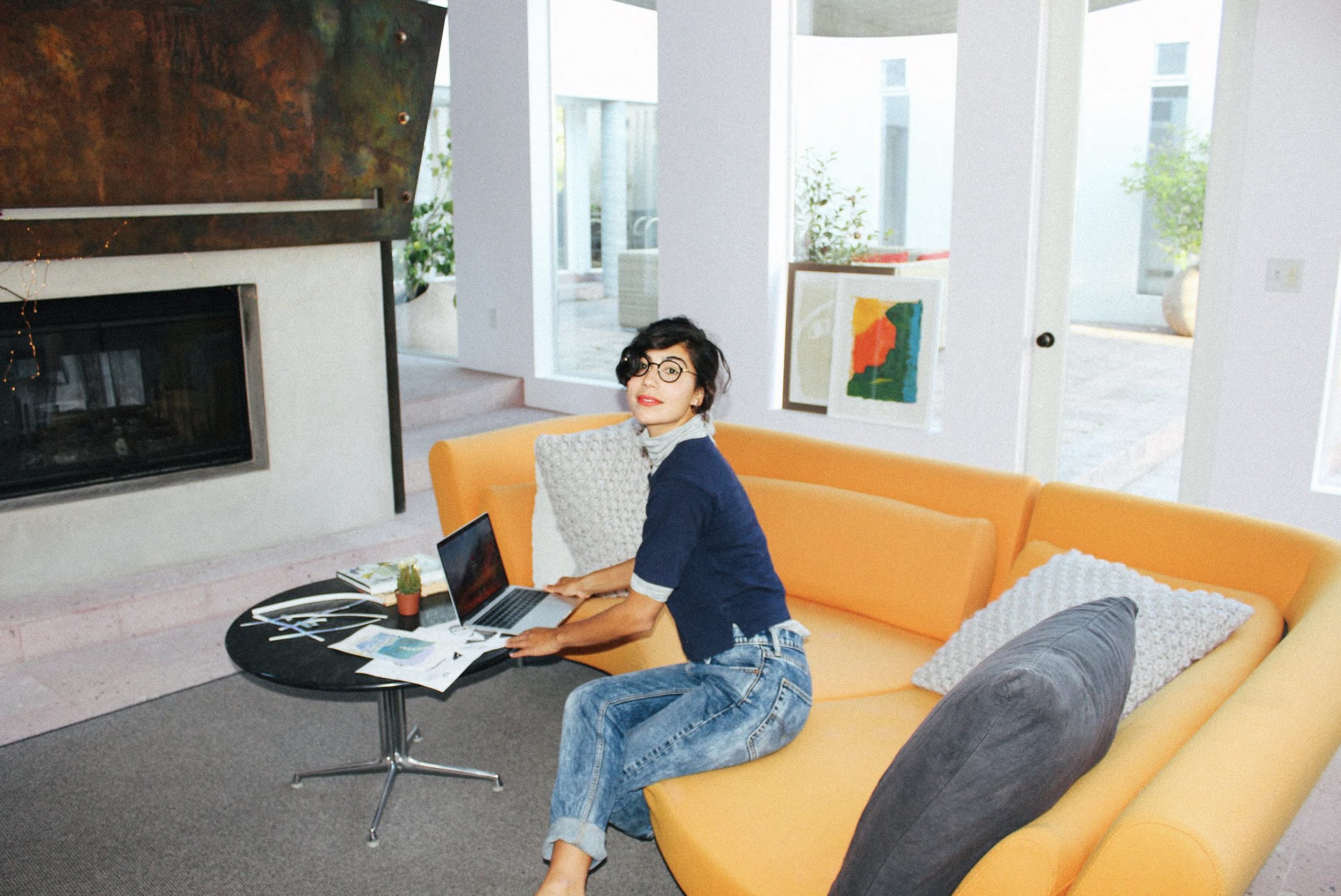 The Emmy-winning project is a virtual reality experience adapted from the book of the same name by Neil Gaiman and Dave McKean. It was created by Fable, an immersive storytelling studio of which Shamash is a founding member. Consisting of three chapters spanning 40 minutes, the experience centers on an eight-year-old girl named Lucy who believes wolves live in the walls of her house. She needs a friend along for the journey, so viewers embark on an adventure with her.

“We added a lot of scenes of ‘reconnection moments’ to this character, so you remember why you’re there,” Shamash says. “And I think those were such beautiful, pure moments […] the ones that make you feel nostalgic, those little haiku moments with Lucy.” These were the moments that made you feel like Lucy was your friend. 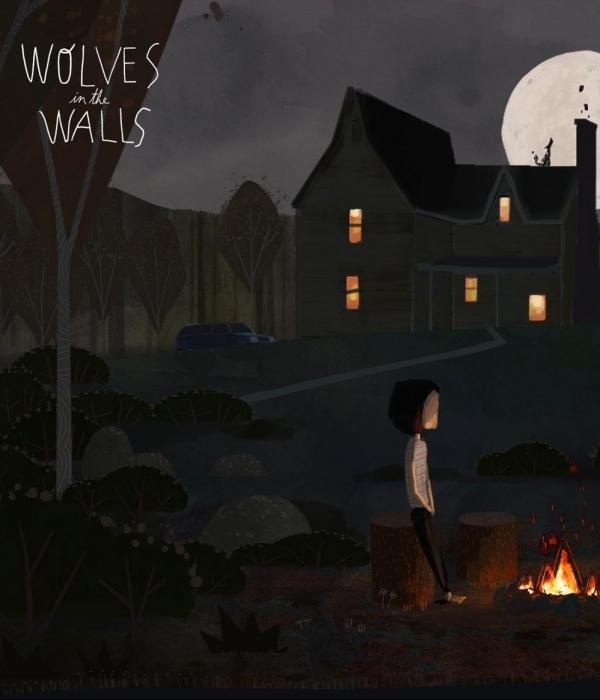 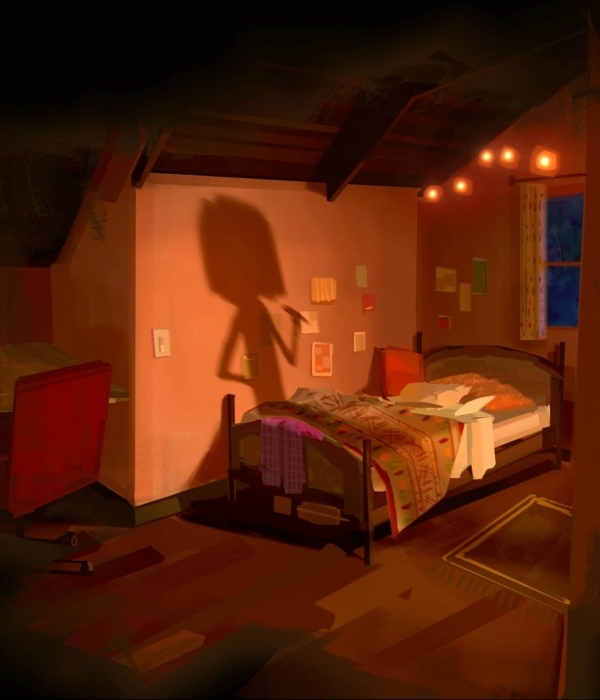 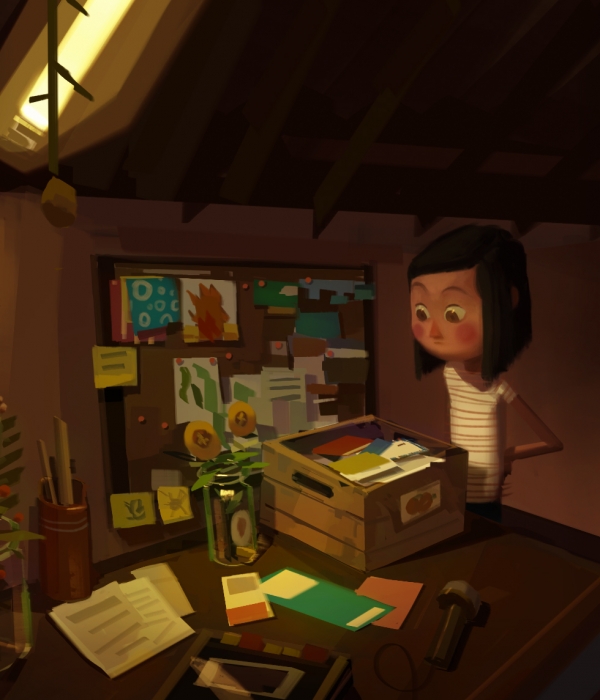 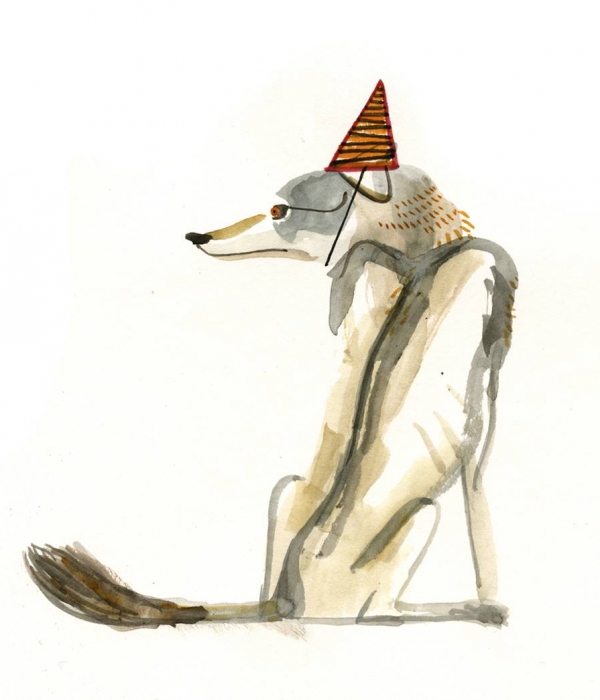 Shamash began her career at Pixar Animation Studios, a job she remembers dreaming about at 15. She then went on to work at Oculus Story Studio, the virtual reality division at Facebook. She was intrigued by the challenge of using this new technology to connect with characters. But it wasn’t merely these new tools that were enticing. It was also using them with a medium as timeless as storytelling.

“As much as I wish it was the tech that inspired me, it was really just the emotions—connecting to these characters and watching films that moved and inspired me,” Shamash says.

Shamash with Edward Saatchi and Pete Billington of Fable.

Fable doesn’t characterize itself as a virtual reality company. It calls itself a virtual beings company, a name that centers its primacy on character over technology. Shamash says they call their company Fable because fables teach us lessons about love, friendship, about being a better person—and they want their characters to do that as well. “Visually, we want our new characters to feel like art, to emotionally feel like a friend, and [to] be driven by immersive arts and artificial intelligence,” she says.

The art of AI imbues characters with machine intelligence to build an emotional connection with their audience. For instance, Lucy is rooted in some AI. This offers intimacy with the viewer, unlike traditional, one-way cinematic experiences with characters on screen. “Memory is the core concept for us in Wolves. Everything you do is remembered [by Lucy],” Fable founder Edward Saatchi told UploadVR. “We don’t want Lucy to become a horrifying person from what you do. She has her own journey and her own life and her own story… but she will remember.” 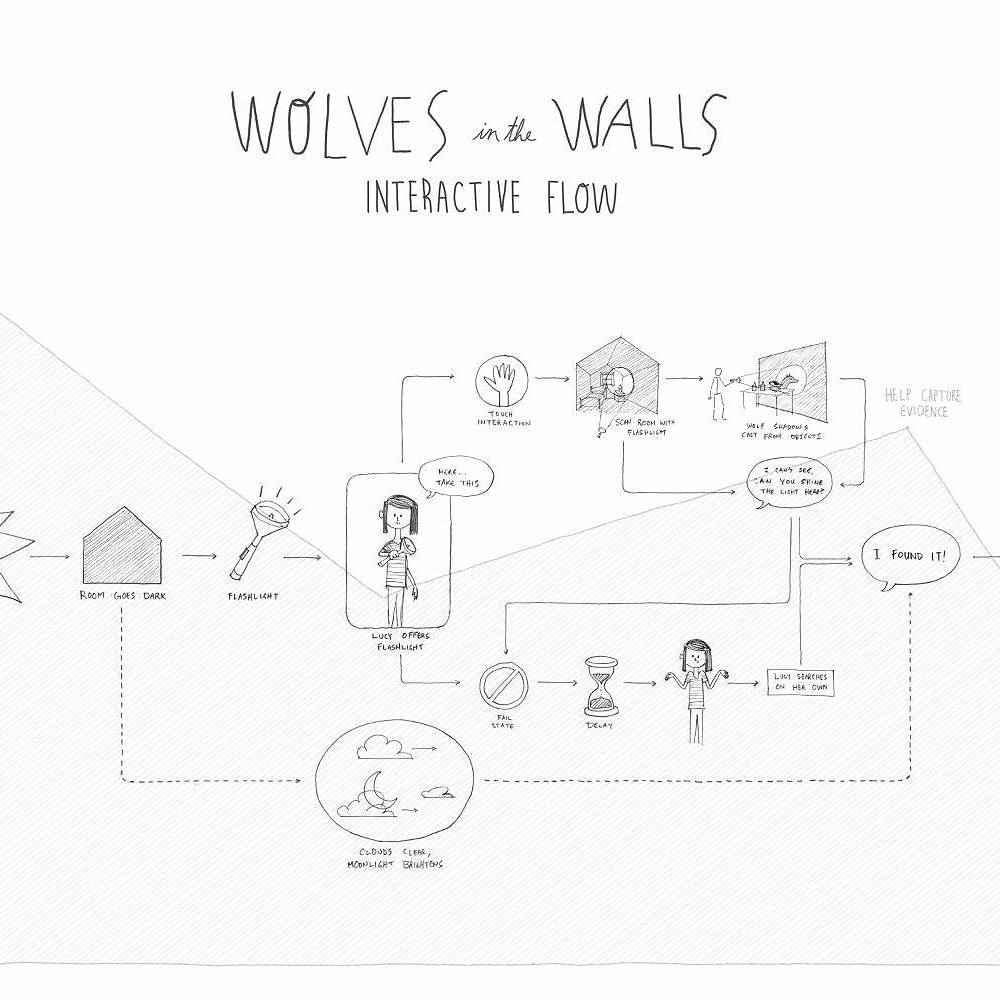 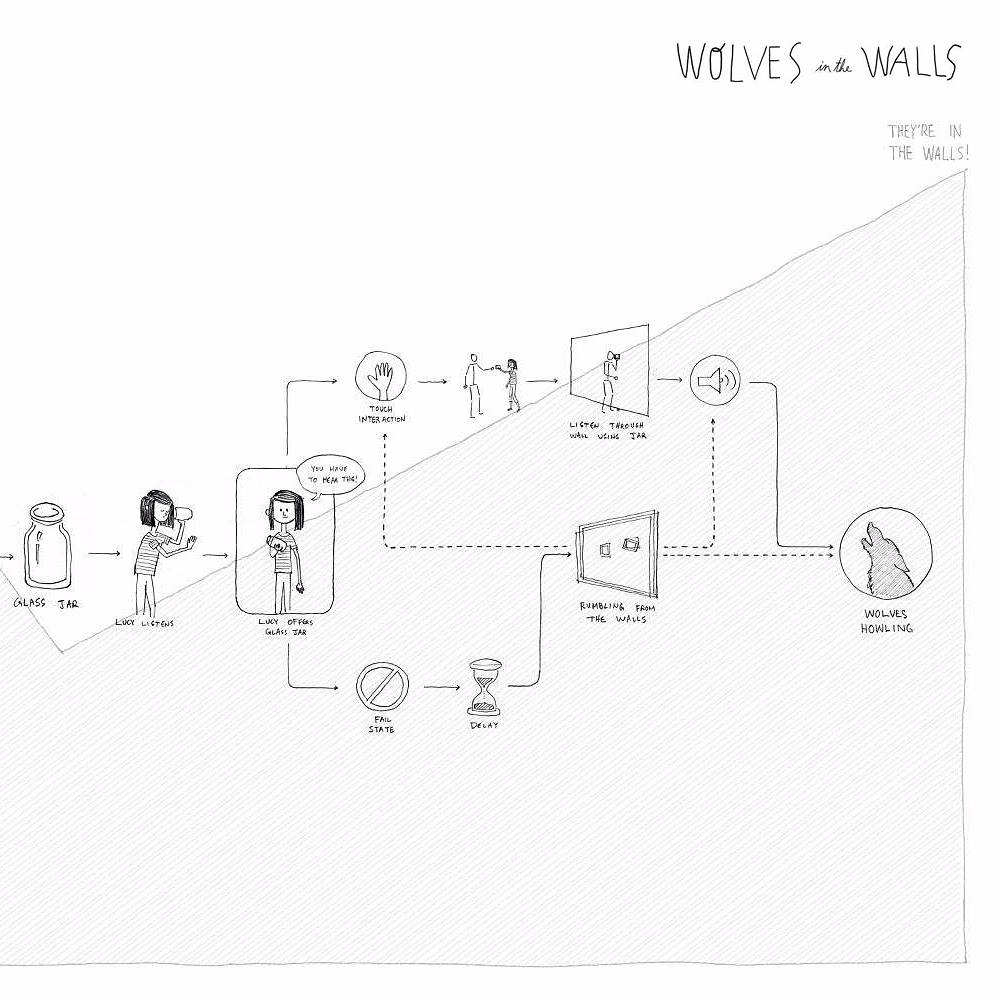 Lucy draws the viewer—her imaginary friend—out of chalk so that they can join her on the quest to find the wolves in the walls. On this pursuit, Lucy follows the viewer with her eyes, talks to them, and remembers what they did in her world. Virtual reality affords the ability to break the fourth wall, but it’s AI that offers connection.

“What is exciting about AI is that it gives you and the characters a lot more abilities—how it can see you, hear you, understand you. It’s taking these characters that we love and cherish and giving them other attributes. Can they have a memory of you? Can they recall something you said and relate to it? There’s the power of that,” Shamash says.

Shamash says that throughout her career, she’s always built these little stories around characters. She characterizes herself as an intuitive creator and is inspired by almost anything. She named a small decades-old heater in her office Sparky (to be determined if we’ll get to see Sparky on the silver screen). Shamash adds that she did an exercise in school where she would look at a famous photograph and write a story around who that person was; what they were going through at that moment. “I think there are so many different ways to create these stories, but for me, it’s trying to understand the energy of a character or an image and defining what that story is.”

She says she doesn’t really think about creating stories or characters in terms of milestones or achievements—instead, she creates them so the audience can connect on a one-on-one level, not unlike one’s experience with Lucy in Wolves in the Walls. 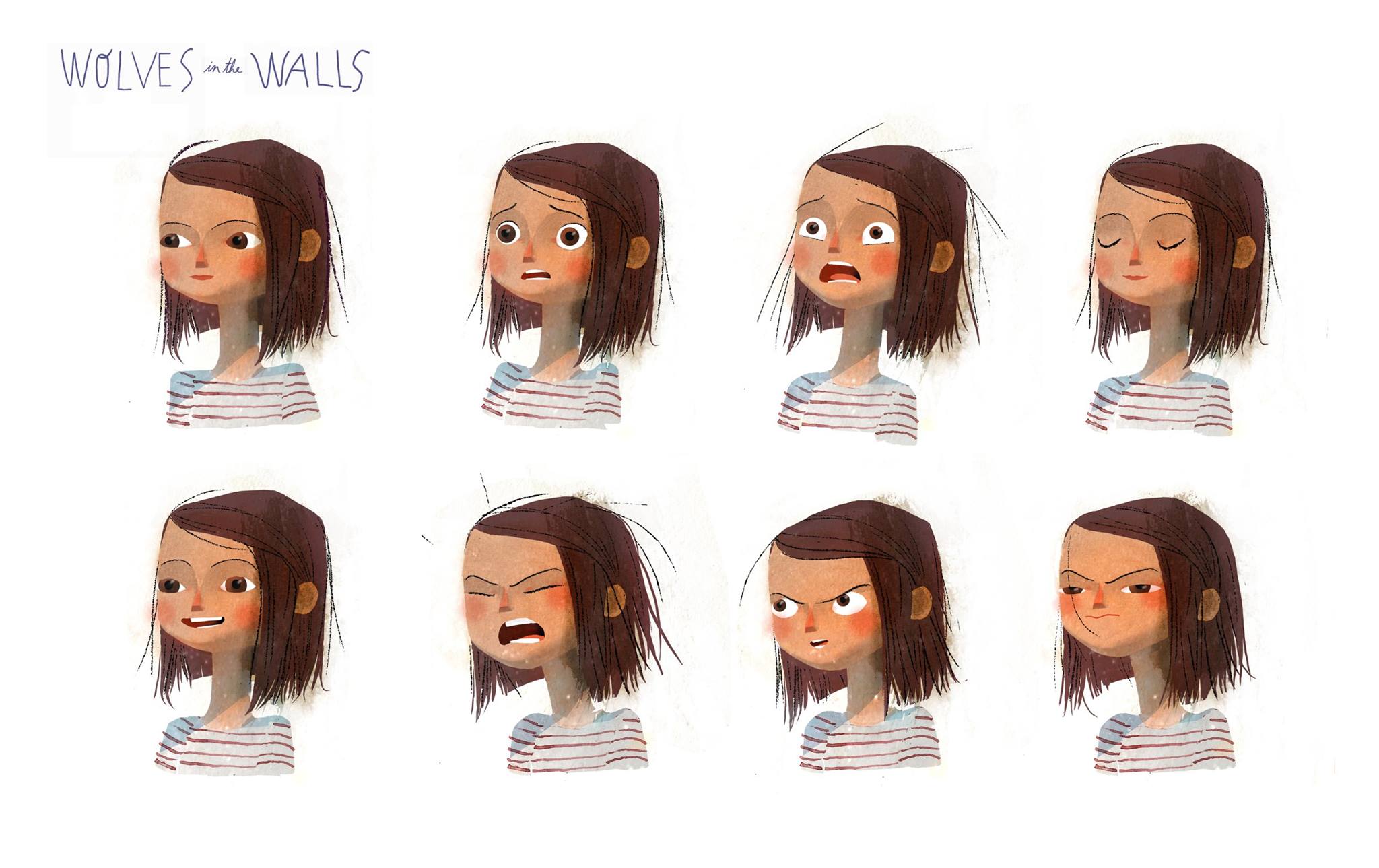 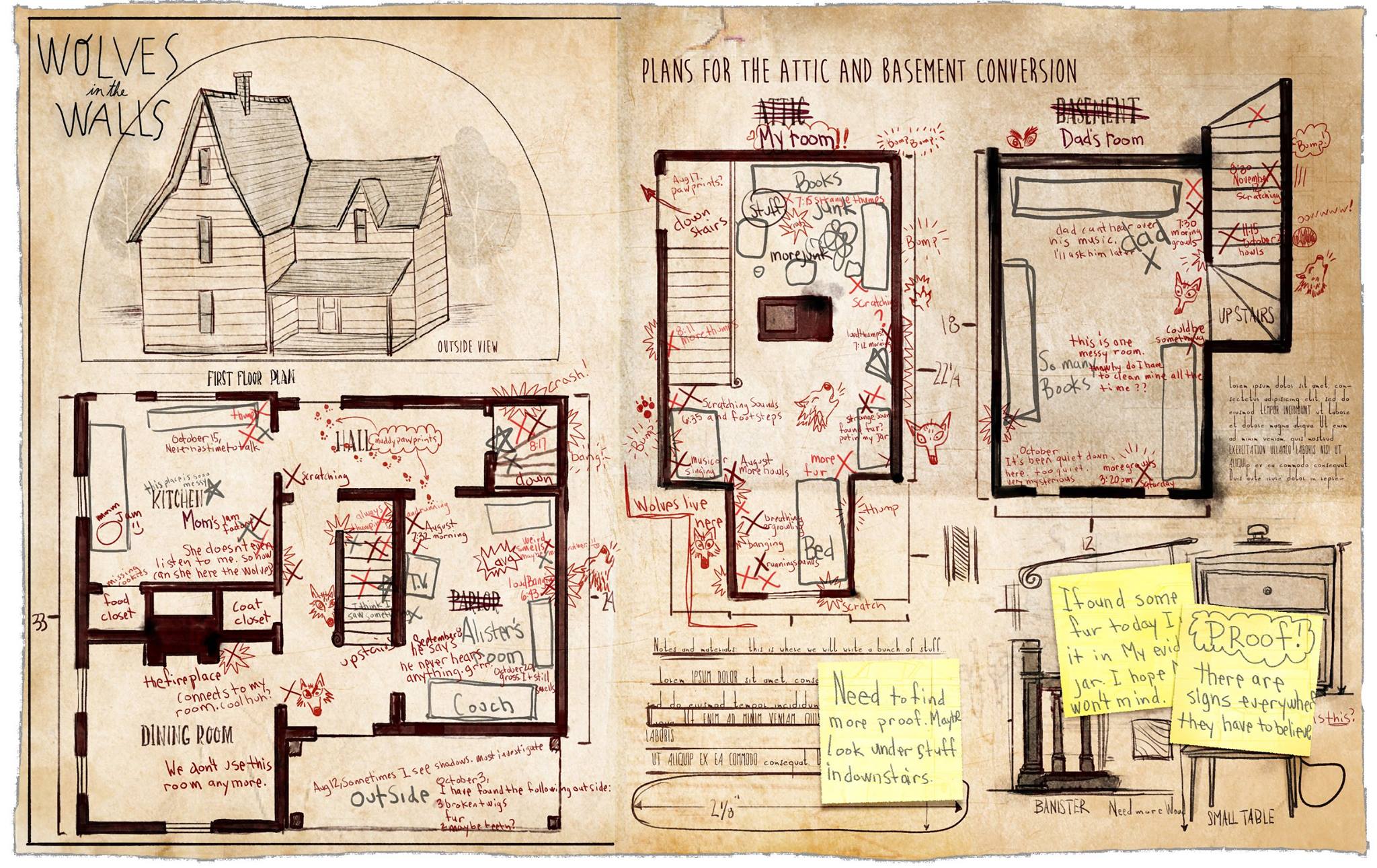 “As much as I wish it was the tech that inspired me, it was really just the emotions—connecting to these characters and watching films that moved and inspired me.”

“So many people felt that Lucy was their friend—it brought them back to childhood, and that was the feeling we were going for,” she says. “To have people feel and express that without being prompted—that is the most rewarding feeling as an artist.”

Shamash grew up watching Pixar films, and the one that continues to move her is Ratatouille. “One of my favorite feelings in the world is a pleasant surprise,” Shamash says, “something you aren’t expecting. In that movie, anyone can cook, even the little rat! ” She says characters that speak to her most are the ones that she can learn from. “I think as a child, I connected to this little rat that was an artist in his own right. I found the courage to do what [I’m] passionate about.”

Images courtesy of Fable Studio/Wolves In The Walls.

Wolves In The Walls trailer