We want to show the world why play matters.

Founded by a former Wall Street Journal culture reporter, Kill Screen is a publication dedicated to the intersection of play and interactivity.

Kill Screen publishes a website and a magazine of the same name as well as Versions, our virtual reality culture property, and The Meta, our esports site. We produce events such as the groundbreaking Arcade at the Museum of Modern Art and the Kill Screen Festival which Mashable called “the TED of videogames.” The New Yorker called us “the McSweeney’s of interactive media” and TIME said the writing was so “polished that they might help convince doubters that games are worth taking seriously.”

Time Magazine
“So smart and polished that they might help convince doubters that games are worth taking seriously.”
PSFK
“Kill Screen is a novel and elegant twist on modern publishing.”
GQ
“Whip-smart…”
The New Yorker
“The McSweeney’s of interactive media.”
Wired
“…aims to answer larger questions like ‘What does it mean to play games?’ Heady stuff to be sure, but it looks like Kill Screen has collected the heads to deliver.”

Get in touch with us at info@killscreen.com/previously

For anything related to customer service, address changes for the magazine, missing orders, etc., shoot us a line at customerservice@killscreen.com/previously 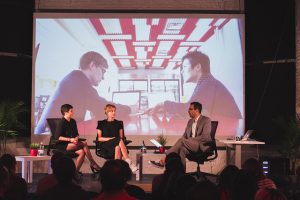