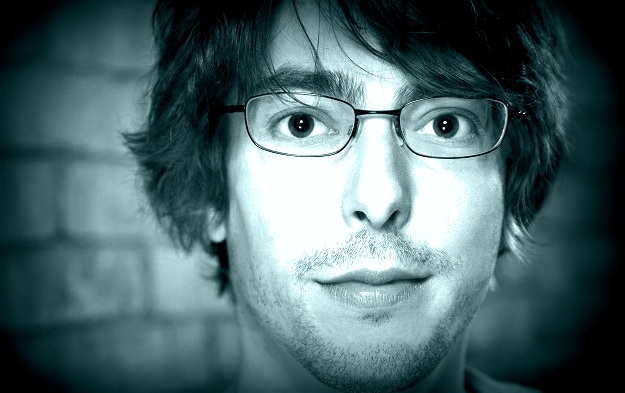 Those who play games often complain about poor or lack of story in the titles they consume. But Ubisoft lead writer Corey May wants to change our perception entirely. The writer on the Assassin’s Creed franchise, May will be speaking at The Future of Story-Telling conference next month. We caught up with him talk about the Alice project and why games may be more like TV with each passing day.

Do you think that even talking about story in games is a useful conversation?

“Story in games is like the security at a strip club. He needs to be there but you don’t need to see him.”

My most recent thought is that we should stop asking “What is story?” and start asking “How is story in games?” We shouldn’t spend time engaged in philosophical discussions about what constitutes a story. I want to end the “story vs. gameplay” debate and whether games should be looking to film and TV. It’s less relevant.

Right. In the early days of film, those movies were just staged plays. But the medium seemed comfortable to just be what it was without a lot rhetoric. Of course, like games, film was immediately a commercial venture.

But it was also motion pictures. They were trying to capture still images and go over several frames. I wonder if they were having similar conversations to the ones we’re having now.

So is crosspolination useful to talk about?

We use movies as a metric from one to ten. We’re focused on these binary conversations instead of talking about technique and process. There’s more to learn for games from TV and novels in terms of structure and pacing. Films do interesting things in a short amount of time. Great films are economical. They work with 90 and 120 minutes.

In Assassin’s Creed 2, the sequences should be thought of as an episode, and the entire game as a season.

For larger games, it’s harder and harder to sustain a narrative, but in TV, you have the luxury of the structure of the season. There may be a 3 or 5 act structure and that advances a larger meta-narrative. In Assassin’s Creed 2, the sequences should be thought of as an episode and the entire game as a season.

Do you think that’s why we don’t get mad at television for season 8 of The Sopranos, but people complain about the next Assassin’s Creed?

I think some people will equate the word sequel with the laziness or opportunistic production. It’s somehow a cash grab. That’s something with our origin as a boxed product and lingering sense of making software vs. entertainment. I don’t know that sequels have to be of lesser quality.

Could you talk about the Alice division at Ubisoft?

Alice exists to provide support. We’re not there to mandate if a team needs something, we provide it, whether it’s casting or voice directing, logistics, or creative. My focus is on writers and writing. If someone wants to talk through a challenging section of the story or to structure their writing team or to work with mission designer, I’m there.

Studios function a bit like this but we don’t have mandates. Studio execs give feedback but there’s not an option to say no.

What’s the biggest misconception people have when coming from outside of games?

As a general rule, they don’t believe we take narrative seriously. Story in games is like the security at a strip club. He needs to be there but you don’t need to see him. Eight or nine years ago, story was seen as a way to make money. I think that for a long time, the games were very mechanically driven. Narrative in the traditional sense wasn’t front and center in Pac-Man or Galaga.

It wasn’t until PC games that games could be for story-telling. Ultima V was deep and vast and thas four-color tiles. In the Gold Box games, they’d would refer you to the instruction book. They’d say “The following scene is depicted in the journal on page X” and there’s be like 80 of them.

We often talk about the possibility of games, but are there certain things that games can’t do? I often think of how well fiction does internal dialogue.

Interior narrative is very challenging and so are passive storytelling techniques. There’s this desire to be rid of the cut-scene and there are advantages of taking the camera away from someone to deliver narrative content. We want to create that resonance without removing control. Those things are becoming harder and harder though.

if you have to fill it in with a simulated environment, it’s impossible. There are tons of platformers, like Ducktales, which has globetrotting. So we’ll always have that.