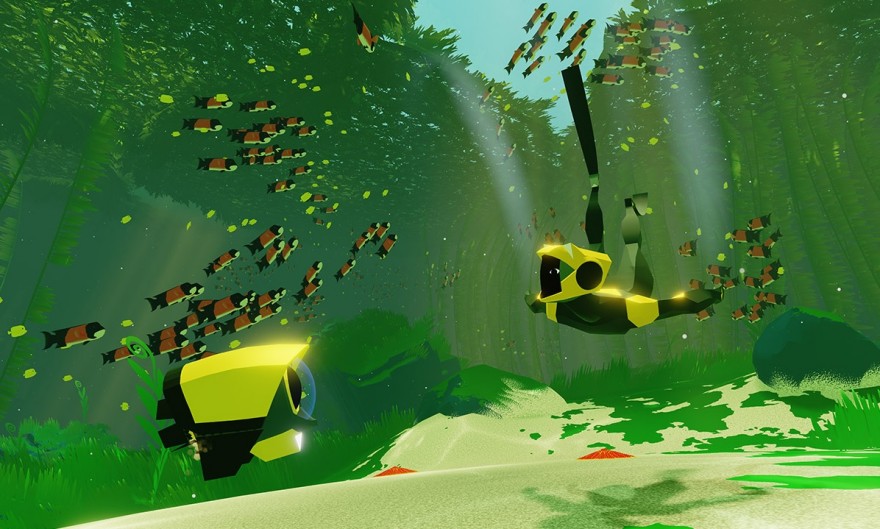 If you have a child, do not take them on vacation to the cold Cornwall coasts. It is a place of terror. Dark rugged waves that foam at the mouth aggressively pound steep rocks to a deafening chorus. On the wet sand lies the receding tide’s victims: purple blobs of dead jellyfish, scattered like alien fertilizer. One of them stung my cousin’s thigh in the water. I remember watching as she screamed with pain while the venom swelled like brambles in her vessels. She was rushed to a doctor soon after.

the beauty of all the underwater traffic.

When younger, the ocean didn’t scare me as much as its wildlife did. My mother told me to think of it as a gigantic bath. But there are creatures in there. And they can swim up your shorts with teeth and claws. It’s not an invasion I wanted to force upon myself. Even as an eighteen-year-old, wading into the Mediterranean Sea during Turkey’s unbearable summer heat, I was apprehensive. I was right to be, too, as that effort ended after a crab pinched my toes.

As I’ve grown older, that terror has transmogrified into a fascination with just how teeming with life the ocean is. There’s a lot going on in there. This is something that underwater exploration game ABZÛ seems to capture, on both a large and small scale, realizing the beauty of all the underwater traffic. There are schools of fish that you can swim alongside at the press of a button. Turtles and manta rays can be clung to for a ride, again, at the touch of a button. There’s a whole ecosystem to explore, apparently comprised of tens of thousands of fish, all of which have their own routines and behaviors to interact with.

With it all being preened into existence under the insightful eye of Matt Nava, it is luxurious to look at too. Nava is the former art director on thatgamecompany’s Journey but is less at home with that game’s secluded deserts than he is with ABZÛ‘s undersea life. As he told Kill Screen previously, he started scuba diving at a young age, and has grown a love for oceanic landscapes and all they hold. In a word, he describes the ocean as “majesty.” As the new screenshots of ABZÛ show, Nava seems to have blown that word up and painted its letters with shimmering colors.

the seabed is still mostly an uncharted mystery to us.

But recent hands-on previews of ABZÛ delve into the game’s underbelly. Something I learned over the years was that the billions of fish swimming just under the water’s surface was nothing compared to what lies much further down. We don’t know what it is and that’s what makes it scary yet engrossing. H.P. Lovecraft found horror in this unknown space when inventing the city of R’lyeh that is sunken somewhere at the bottom of the South Pacific. It is described as a “nightmare corpse-city,” and one that is comprised of architecture made of “nothing less than the tangible substance of earth’s supreme terror.” And, of course, it is where the mighty Cthulhu and his hordes are ensnared.

Closing in on a century later, the seabed is still mostly an uncharted mystery to us. There are ancient oceanic trenches that we haven’t got close to touching yet. Anything could be in there, even the unimaginable terrors that Lovecraft so famously had us try to fathom with his words. Just last year, the Malaysian Airlines flight MH370 disappeared into the depths of the ocean and hasn’t been retrieved. This is on account of only 0.05 percent of the ocean floor having been mapped to a level that’s useful enough to track wreckages like that. It means a whole planeload of people can be swallowed up by the Indian Ocean. Just gone.

This type of mystery comprises the darker side of ABZÛ. Being set in the ocean and involving the exploration of it, it cannot and does not ignore the terror inherent in such a voluminous unknown. And so, there are vast spaces with no apparent surface to find, only fading water in every direction. There are also drones that can be repaired and sent to research mineral pools. But they are also fodder to the sharks that share the same waters. Go far enough down and totemic statues emerge. How did they get there? Who carved them? This is the start of the story beyond ABZÛ’s beauty and it’s what should keep us swimming downwards to, perhaps, where we shouldn’t.

You can find out more about ABZÛ on its website. You can see its new screenshots above and below. 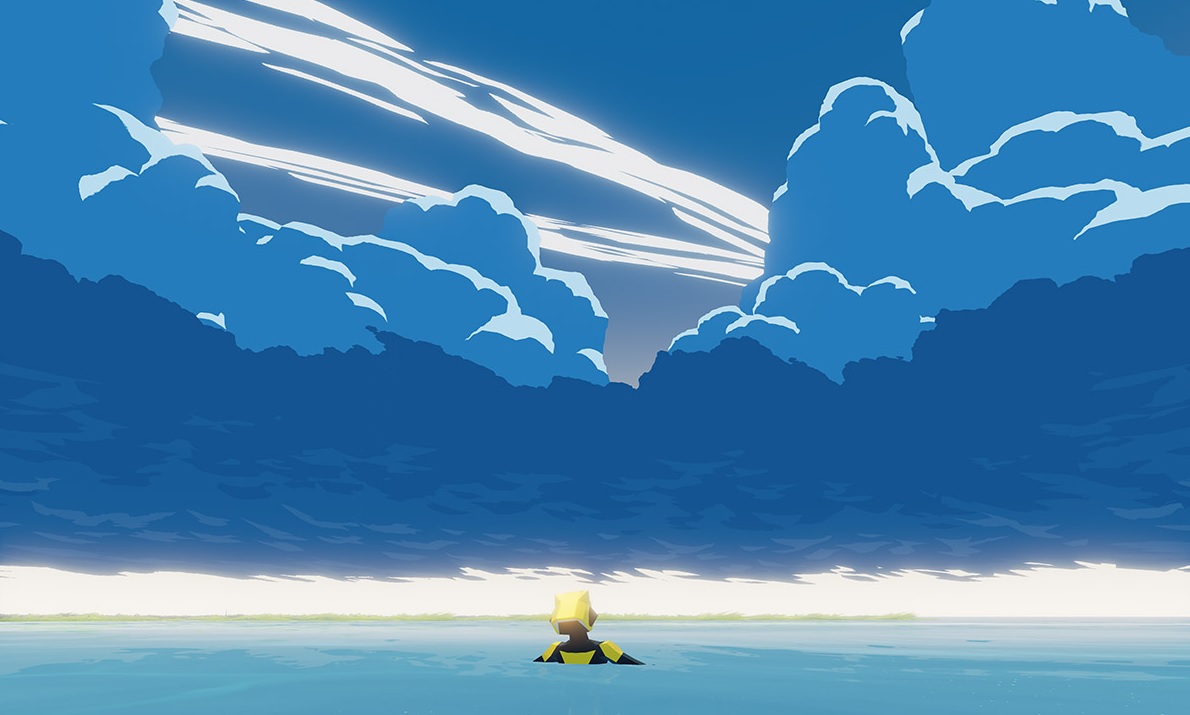 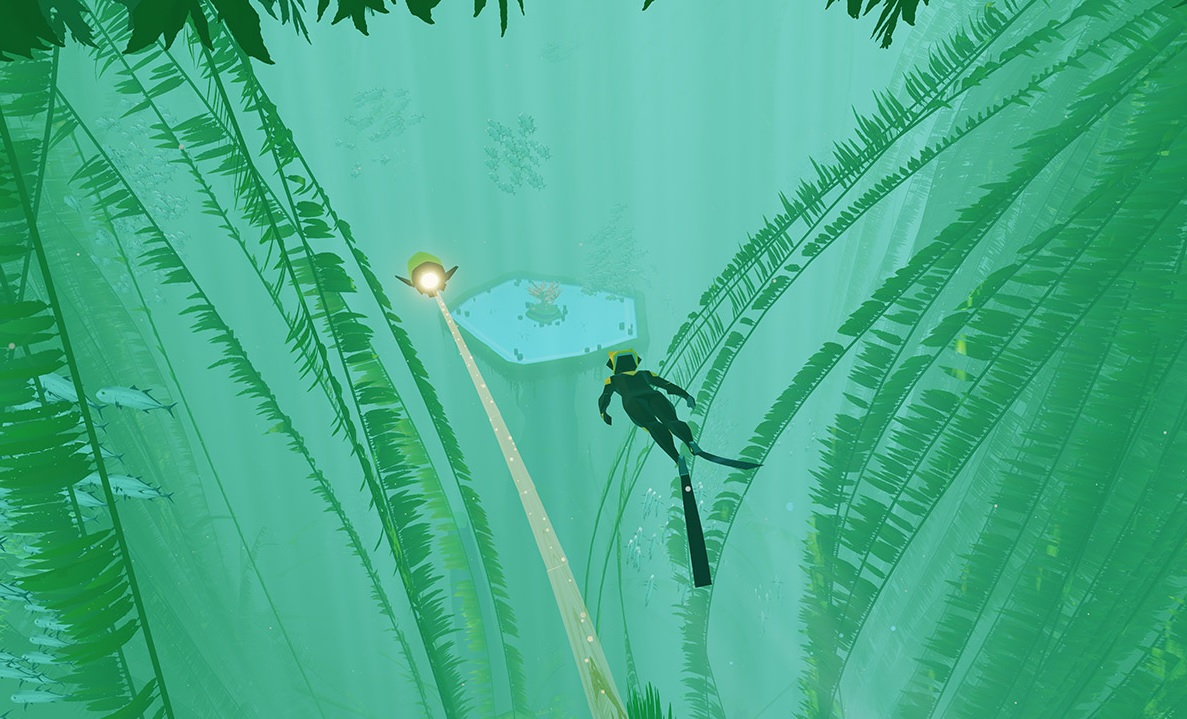 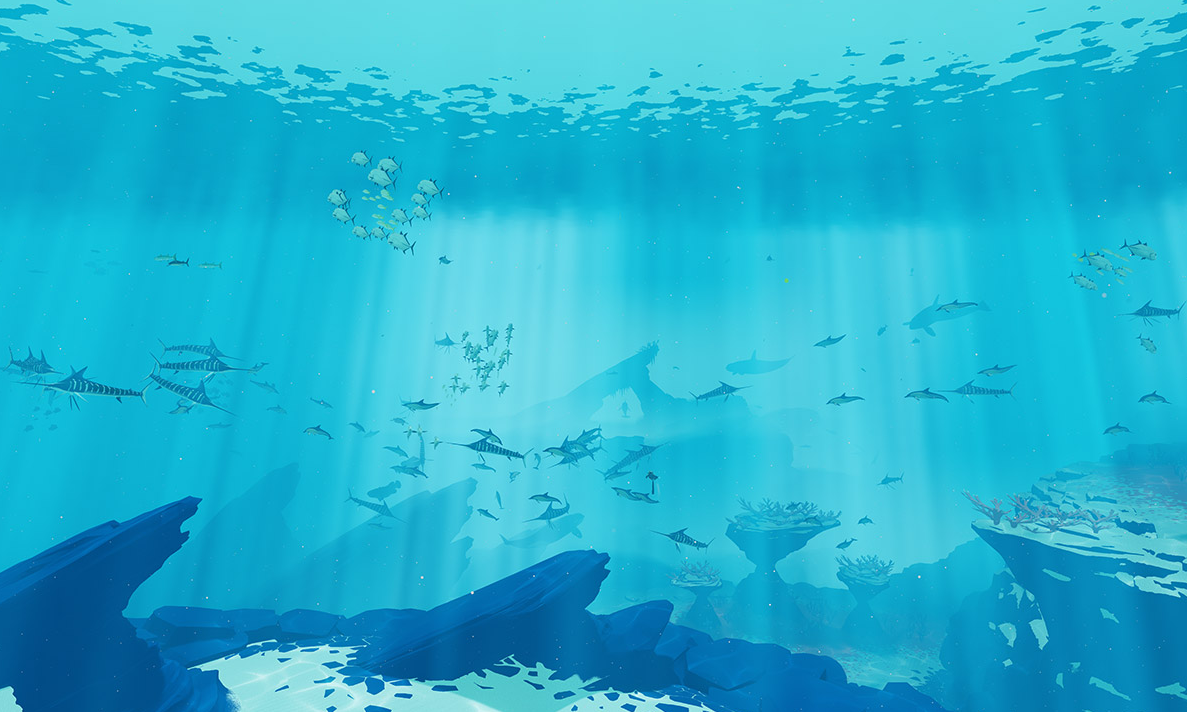 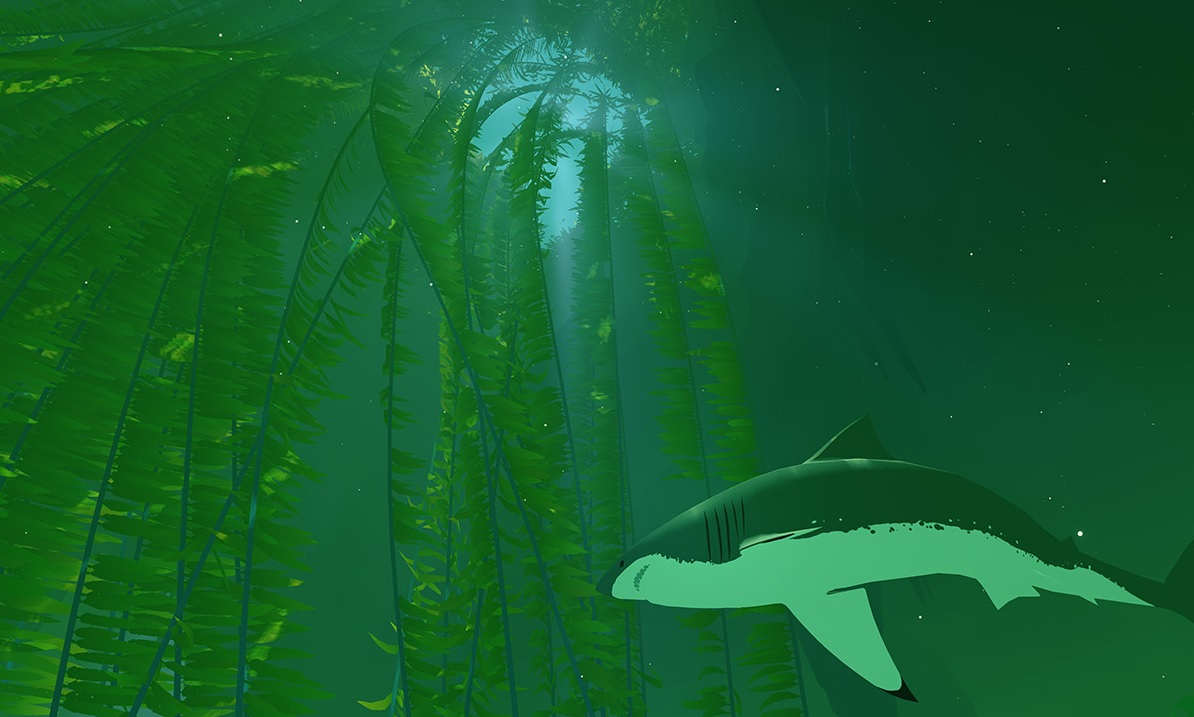