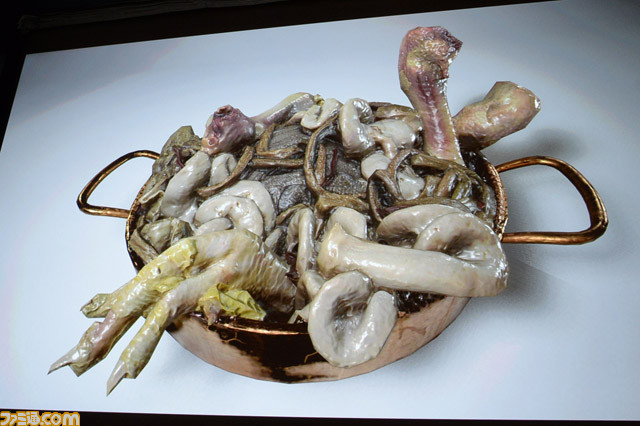 Resident Evil 7 looks really gross. But, judging by the amount of work going into it, that may be the best compliment it can be given.

Speaking at the 2016 Computer Entertainment Developers Conference, people from Capcom working on Resident Evil 7 showed off some of the ways they’re using photogrammetry to create in-game assets including clothing, environments, characters, and, most interestingly, monsters and wounds. As reported by IGN Japan and Famitsu (translation via NeoGAF), numerous models were shown side-by-side with their in-game counterparts.

capturing the mood of “various creepy areas” in Japan

Photogrammetry works, put simply, by taking pictures of an object in quick succession, then rebuilding it in 3D. This technique is often used, as is also the case for Resident Evil 7, to create highly detailed, lifelike assets at a quicker rate than being completely created by hand by designers. According to Capcom’s team, more than half of the game’s assets were created using photogrammetry.

The creators actually did a lot of on-location shooting, capturing the mood of “various creepy areas” in Japan. One such location was the Japanese city Nara, where shots of gardens, lanterns, and deer head were taken.

For certain monsters and character models, the game makers created their own highly-detailed rigs out of clay and other materials to photograph. In the case of one particular monster, Capcom went to a meat processing plant to take photographs of different meats, creating a creature comprised almost entirely of different dead animals.