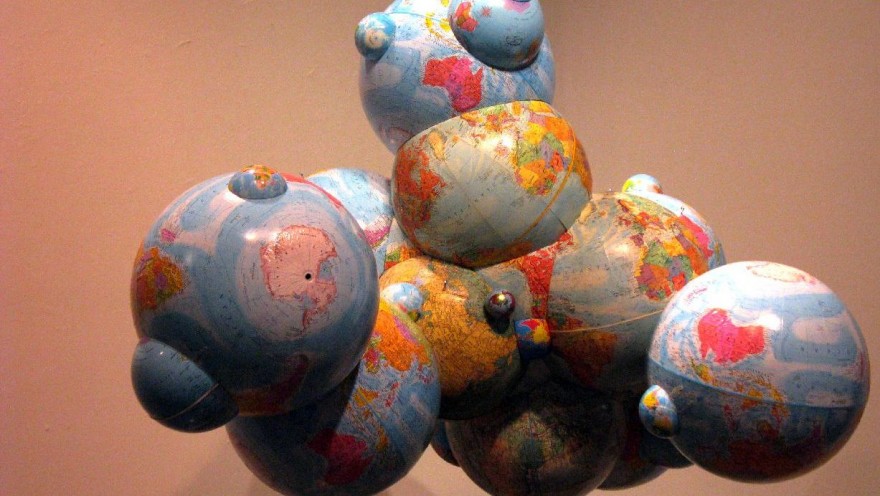 There is this alien artifact weaved into the fabric of space. The Strange is a dark energy network filled with different worlds. These imaginary worlds are called Recursions. And from this spring of creativity there can be anything, any fictional world a roleplayer could ever wish to go to.

Creator Bruce Cordell said, “There are all of these little instances of a world. I can imagine, as you walk farther and farther away form the main point of the recursion, you walk into mist, the world just slowly starts to lose its focus. And then suddenly you are in The Strange.”

The Strange is a new tabletop roleplaying game from Monte Cook Games. It launched on Kickstarter on October 16, hit its goal of $60,000 in less than 5 hours, and has since raised $200,000 and counting. It’s a game built on Cook’s own Cypher rule system which debuted with the Numenera book, an RPG that was Kickstarted last year to the tune of $517,000.

More importantly, The Strange, like Numenera before it, was really built on the idea of freedom to play. Numenera allows players to make characters with unique powers, like “controls gravity” or “rides lightning.” In tabletop gaming there’s often a game master—someone who runs the game and tells the story—and in Numenera the game master could create sudden complications if they chose to, raising the stakes in an encounter. Numenera‘s setting had few boundaries as well, taking place on an earth one billion years into the future, when players could meet any sort of nano-technology-based, alien-made, multi-dimensional anything.

What if they go through a door and wind up in the town of Silent Hill?

The Strange takes that freedom one step further. What if you could have a cop from earth that stepped through a gate into a world where magic existed, turning into a cop-wizard? What if your heroes travel to a world of living machines and are now robot telepaths? And what if they go through a door and wind up in the town of Silent Hill? Or the continent of Westeros? Or the land of Ooo? That unshackling of worlds to play in is the basis for The Strange.

“Adapt your favorite book and have that setting be a recursion or take your old game world that you played in D&D and make that a recursion,” said co-designer Monte Cook. “The one I am using in a playtest is H.P. Lovecraft’s Innsmouth. It doesn’t have to be the entire world; it can be literally just the town of Innsmouth within its own recursion. It doesn’t have to be a monumental task of worldbuilding.”

Cook has a history of building worlds to play in, from working on Dungeon and Dragon’s Planescape setting in the 1990s, to working on D&D 3rd edition, to creating his own worlds in his Arcana Unearthed and Ptolus games. With Numenera, he took that one step further and started a new company, Monte Cook Games, to share it with everyone. After the success of that game, he brought on his childhood friend and RPG veteran Bruce Cordell, who has done work on multiple editions of D&D, to help create new products.

Cordell had an idea of his own, originally conceived as a science fiction novel. Cordell said, “Why are there no aliens in the universe we can detect? Trying to answer that question is what led to my idea for a novel. And while talking to Monte about that, he said, ‘That would make a great game!’ ”

The idea took on legs and the premise for The Strange took shape. What if right now, in our modern-day world, there were people and organizations that knew about a network of worlds built from imagination? What if you could travel to them? That concept became the basis to stretch the open rules of the Cypher system to new horizons: game masters creating their own worlds, crafted from their own concepts or borrowed from their favorite fictional settings.

As Cordell and Cook design and write The Strange, they promise an entire chapter devoted to making worlds, filled with helpful advice for game masters to put together their own settings to play in. “The one thing that will be part of those tools will be that every particular recursion must have an internally consistent set of rules. They don’t have to be nearly as exacting as our own natural laws, but they have to be consistent,” said Cordell.

Those familiar with D&D and roleplaying games in general can tell you that game masters making their own worlds is nothing new—it’s been happening since the hobby was launched in the ’70s. But with The Strange they are taking that concept one step further and letting players make their own worlds as well.

As a team progresses through the game, they will earn the ability to plant their own seed in The Strange‘s dark energy network.

Imagine a group of heroes, modern-day conspiracy hunters or even FBI agents, who stumble into this network of worlds connected to our earth. As this team progresses through the game, they will earn the ability to plant their own seed in The Strange‘s dark energy network. Cook said, “Through things in the game, both mechanically and story-wise, they can grow it. To begin with it might be something small, like size of a house. But through continuing effort, they can grow that and decide how the laws of reality work there.”

Helping players build their recursions will be another important chapter in the book, whether players want to just create a cool base or others who want to really dive into a new world. Cordell said, “Players may spend time away from the table, almost like mini GMs, for their own recursion. And they can then come back and show what they’ve done. It will be an exciting, creative endeavor for those players who become invested in that.”

With a game that encourages building worlds, it probably would not take long for there to be thousands of them out there in campaigns all across the world. The brainstorming I witnessed from these co-designing friends implies they are ready for that: Cook told me, “It would be a wonderful legacy if we could allow people all across the Internet to share that kind of thing. It makes it easier for people to say, ‘Here’s my campaign world.’ And then all of a sudden, you have all kinds of people suddenly playing in that campaign world. We will probably create some kind of portal on the Internet for Strange recursions, where people can post their campaign worlds.”

Cordell added, “There would just be a few fields of data: Description, one or two unique Foci the recursion offers. You would always have the possibility to say why you would want to come to that recursion. That would be super exciting.”

(Not long after I spoke to Cook and Cordell, they announced the creation of such a website to host fan’s Recursions would be one of the Kickstarter project’s stretch goals. That goal has since been met.)

Looking at it all from a distance, you have a game about the imagination with rules for players to try their hand at game-making. So what Cordell and Cook are designing is a playable metaphor for game creation, and then seeing what games people build. The possibilities are endless, in a very literal sense.

If something’s crazy, then it exists in The Strange.

The Strange, after all, is made to inspire. The very idea of it inspired Cordell. “The Strange represents for me the ability to cast off any previous constraints to my creativity and just go wherever I want to go. In a way, you can see The Strange is almost designed by my subconscious to allow that to happen. If something’s crazy, then it exists in The Strange. That is very satisfying for me and very freeing,” said Cordell.

And inspiring play can be infectious. After all, players who enjoy the content they play with want to play it with others and see others enjoy such play. Cook said, “One of the great things about RPGs is that it encourages creativity. So the next step is sharing that creativity with a larger world, rather than just your game group. Creativity lends itself to broad sharing. I think if we enable that in anyway for anybody, that’s awesome.”

Other Images from The Strange