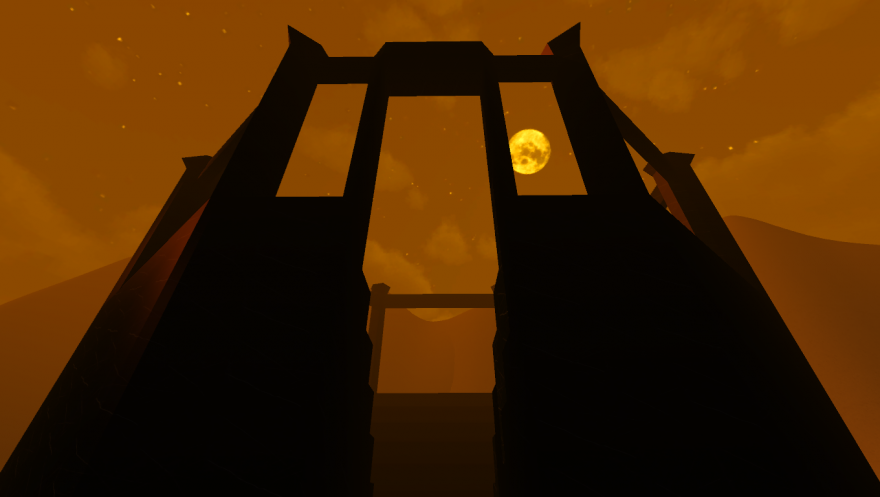 If you look beyond the sillier plots of classic TV series The Twilight Zone (such as Dennis Hopper getting leadership lessons from a not-dead-actually Adolf Hitler) then you can find a distinct type of timeless horror. It’s not the shock-gore or psychotic killer chases of schlocky horror films and countless videogames; that’s too easy.

It’s the creepy and unknowing horror that you take to bed with you against your will. It’s cosmic horror: the fear of the unknown, the questions that we can’t answer, those menacing shadowy outlines that disappear when you blink.

the narrator talks in gross detail about the dry, cracking skin of their mother

As Rod Serling said at the beginning of every episode of The Twilight Zone, this horror “lies between the pit of Man’s fears, and the summit of his knowledge,” and it is born from “the dimension of imagination.” Uncertainty is a terrifying state for most of us, and our minds tend to run wild given the chance to fill in the blanks. It’s this that Kitty Horrorshow uses to gradually push an intense dread upon you in her surreal, first-person “flash-fiction horror story” CHYRZA.

In it, you explore a turbid desert populated with giant structures made of smooth obsidian. A sinister golden moon hangs overhead, peering through the holes between oscillating pillars and skewed staircases. Just by sight, you can see that something isn’t right in this desert, but it’s the voiced narration that steadily seeps into your mind with an uninvited terror.

Across the macabre entries, the narrator talks in gross detail about the dry, cracking skin of their mother in the desert heat, and how their party of travellers worryingly dwindled across a number of hours. Recurrent throughout is the mention of a daunting pyramid that seems to haunt them, but also acts as the focus of their worship. Funnily enough, there’s a large pyramid that also watches over you as you explore the expanses of this isolated place.

As you climb the monolithic structures you learn the foul origins of how they apparently came about, which is a sinister story enough itself, if you choose to believe your narrator. But the momentum of the story is worse, always heading towards what happened to the narrator, and what will happen to you as you mimic their movements.

This soft-spoken character, who goes from fearful to paranoid and then to oddly resolute, particularly evokes the delusional horror of the first episode of The Twilight Zone, “Where Is Everybody?” The horror in both centers upon a feeling of being watched and isolated, and follows how this steadily drives the character mad. Further, in both, day turns to night very suddenly (in CHYRZA it’s compared to a stone being dropped), which gives the feeling of being in an unreality out of your control, breaking the routines of time that we learn to trust.

The biggest difference between CHRYZA and “Where Is Everybody”, apart from the obvious, is that the former doesn’t have a twist ending. Clearly, Kitty Horrorshow doesn’t want to give us the comfort of even a slight explanation.