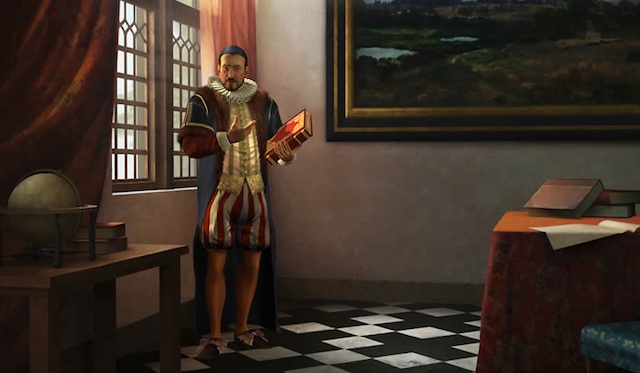 Before he helped create Civilization V for Firaxis, programmer and designer Ed Beach worked for NASA. While coding software for the Hubble Space Telescope he began to dabble in boardgame design. Beach authored several tabletop strategy games set during the Civil War. But his boardgame Here I Stand, set in Europe during the wars of the reformation, melds two passions—historical wargaming and the intricate social dynamics that spring from the influence of religion. It makes sense, then, that Beach would step up to lead development of Civiliation V: Gods and Kings, an add-on to the popular PC game that aims to complicate war with the concerns of godly men.

I’ve always been interested in those kind of detailed, historical simulations. I tended to shy away from the games that were really hardcore battle reconstructions; the ones that you needed thousands of pieces just to refight the Battle of Gettysburg or something. I didn’t play them very often. What I really liked, what I was most interested in with my gaming group in college, was the ones where it was multiplayer with a diplomatic element. Diplomacy; Avalon Hill’s Machiavelli; there was a great boardgame called Dune based on Frank Herbert’s work.

How did that interest lead you to create Here I Stand?

It was a project that was simmering on the backburner and I wasn’t working in the game industry during that time period, but when I finally got a chance to go ahead and get that game out, I knew it was a game with a time period with really rich, interesting, diplomatic interactions between the players. It was also a very asymmetrical configuration of the different powers, which I also am attracted to in games.

One of the first videogames you worked on was the Pharoah expansion for the City Building series.

The expansion pack for that was called Cleopatra. We took Egyptian history all the way up to her time period, which is actually almost Greco-Roman time period. In this City Building game they already had building the pyramids. With that expansion pack we made it so you could build the burial tombs and the Valley of the Kings. We had great fun with the Biblical plagues attacking Egypt. The river could turn to blood and the houses could be filled with frogs and that kind of thing.

What was your contribution toward Civilization V?

What are the traits of religion that make it adaptable to a strategy game?

Normally the different powers are competing on the battlefield and they’re competing for political control of the map. But if you all of a sudden, on that same map, have different religions in a separate layer of competition, where all of a sudden a religious battle for control of territory is going on at the same time, that’s sort of separate, but not entirely divorced from the political conflict, because sometimes, you know, the enemy’s armies will stop your missionaries from being able to get places, or they might clamp down on your religious activities so you can’t get your religious units into the areas that you want to, and it comes a really—rather than fighting a flat, two-dimensional game, it almost has a third dimension to it.

How is religion embodied in the Gods and Kings expansion for Civilization V?

If you just built a new city in your empire, probably the religion is just going to creep over into that city normally from the pressure from the other cities you already have established with that religion in your empire. So you don’t really necessarily need to move a missionary over there, you can send your missionary out into other people’s lands and start to spread your faith there. One of the interesting dynamics with Gods & Kings in terms of how religion is interacting with the other systems in the game is, you’ll see that some people like religion being spread to them and others do not. 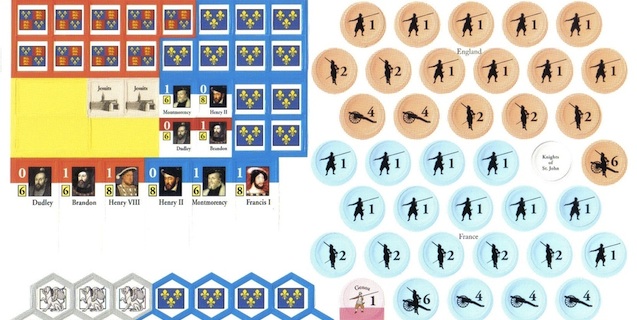 How does this differ from the way you represented religious influence in Here I Stand?

Every space on the map we have a marker that goes on the map that determines not only who’s controlling that space politically but based on which side the marker is on, it tells you whether it’s Protestant or Catholic. Now in that game, we only have two religions fighting for control of Europe so a two-sided marker would work, but in Civ it’s great because the computer is really good at keeping track of lots of different possible settings so we don’t have to worry about that. I’d say the big difference about the boardgame version of how religions come into conflict and the computer game version is, in the boardgame, something like that background spread that I was talking about would be a real nuisance to try to compute every turn.

You’re also working on a new boardgame that deals with religion.

If you look at Here I Stand, it covers the first 50 years of the 16th century in Europe, and there’s a lot going on in the back half of that century as well. That’s when Henry VIII has died and Queen Elizabeth has taken over in England. So it’s the whole reign of Elizabeth for about four years, and at the same time Spain has grown very powerful with their New World Empire. Religions are still coming into conflict in France and the Netherlands where the Dutch revolt starts. So this is a game that is basically a direct sequel to Here I Stand and uses about half the same common rule sets from Here I Stand. It’s called Virgin Queen.

Do you use computers as aids while designing boardgames?

I’m a huge fan of the spreadsheet. I’ve had spreadsheets with 30 to 40 different tabs. Each tab is working out the math for a different portion of the boardgame. I have dabbled a little bit in writing for simulations and play mechanics but you know, Excel is pretty powerful. I find that 90 percent of my time, I can do whatever I need to with a spreadsheet. It’s similar to computer game development. Lots of iteration is key.

Are you a religious person?

I wouldn’t say I’m a strongly religious person. I am Anglican and have been Anglican from birth and have a church that I attend, not absolutely regularly, but definitely throughout the year. But I certainly am a person who is fascinated with the historical implications of religion and that’s what’s drawn me here. I get questions like, “Aren’t you a theology professor or something like that?” I have a lot of people that think I must be very devout or deeply knowledgeable about these things. What I’ve just gained a keen appreciation for was—especially in the 16th century when Catholicism was being split apart and that was starting us into the modern age—what a key role, for a couple hundred years, religion played a really driving role in history.