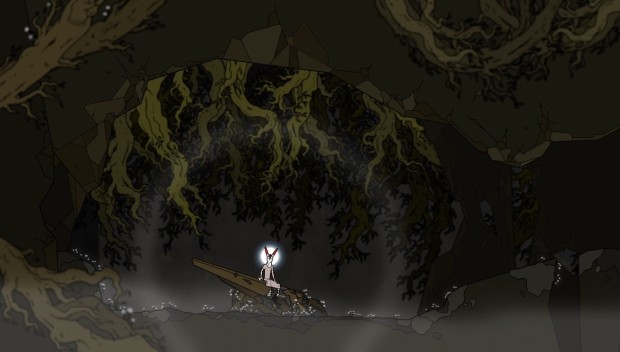 Videogames haven’t been kind to Cuba. In 1996, A-10 Cuba! had players decimating Cuban military defenses from an aircraft; the following year saw GoldenEye 007 on the Nintendo 64 depict Cuba as a hostile jungle full of source-less bullets; it didn’t even let up in 2010, with the arrival of Call of Duty: Black Ops, which had players hunt down Fidel Castro during the Bay of Pigs Invasion and fail due to his deception.

This is no surprise given that a lot of videogames are made by the United States and its allies. Since the Cold War and the rise of Castro, relations between Cuba and the capitalist countries have been hairy—in reality and in videogames, Cuba has been associated with mistrust, aggression, and the Red Scare. This is slowly, steadily changing, helped along by Barack Obama restoring diplomatic relations with Cuba’s president Raúl Castro on July 20th, 2015; the ties severed since 1961 restored once again even if in limited form due to the trade embargo.

“The people are optimistic for the future”

Since then, Cuba’s economy has been able to breathe a littler easier, which has allowed for the growth of national trades and industries over the past year. One of those is Cuban videogames, which aren’t in a place to be called an “industry” yet, but they are spreading to the point that there’s now a team who claim to be making “the first Cuban indie game.” It’s a 2D platformer called Savior about a bunch of characters who discover that they exist inside a videogame.

While the claim that Savior is the first independent game to come out of Cuba could be tested, it has not yet been disproven. So, for now, the team making Savior are using it to catch some attention. But Josuhe H. Pagliery, the game’s designer, would rather it wasn’t this way. “[I want to make] a game that is actually good, not just interesting because it’s the ‘first Cuban game’!” he told me. “I want Savior [to] be a great game, that also happens to be made in Cuba. That’s our dream anyway!”


Pagliery and his team’s ambition here is understandable—as with most artists, they want to be recognized for their talent more than their circumstances. But the Cuban identity of Savior might be worth holding onto beyond its claim to fame. I asked Pagliery if there was anything about his game that was specifically Cuban, that could have only been manufactured by a Cuban team, and it resonated.

“It’s funny, because when I started to conceptualize Savior, I had a lot of philosophical and artistic questions but nothing really related to the always colorful Cuban reality,” Pagliery said. “But at some point in the process of development I discovered that from one point of view, the game is almost a direct reflection of this very unique and weird moment that we Cubans are experienc[ing] in our country right now.”

“almost all games in Cuba are pirated copies”

He then quoted a line from his game’s description that he saw as particularly pertinent: “the Great God is no more and the world of Little God, for better or worse, is changing forever…” The Great God could be interpreted as the US and its constriction of Cuba over the past 50 years, which is now dissipating. The Little God is perhaps Cuba itself then, which had for so long been strangled, and now finds itself in a looser grip. “The people are optimistic for the future, but uncertain what that future will look like,” Pagliery wrote on the game’s Indiegogo page. It’s a line that could equally describe both the community in his game’s fiction and the Cuban population at large.

Pagliery notes that this moment in Cuban history is more than a reconnection with the US. The country is learning to connect to the rest of the world too. With the economy changing, the internet has begun to spread across Cuba proper, albeit it’s only available in certain Wi-Fi hotspots—it’s “very slow,” according to Pagliery, “one of the slowest in the world.” Its spread should hopefully lead to an interconnected network of people interested in making games around Cuba, but Pagliery reckons that’s still a ways off: “I assume there are others like myself working on their own videogame projects, but aside from the educational titles and low-quality games made by the Cuban government, I don’t see anything significant out there.”

Sharing ideas among like-minded others might be a distant dream in Cuba, then, but as international trade opens back up with the country, there might at least be a chance to find inspiration in new videogames. “Right now almost all games in Cuba are pirated copies, but for the majority of Cuban gamers, it’s simply impossible to play any of the most recent videogames,” Pagliery told me. The current way to get hold of videogames is through the “illegal but tolerated” Paquete Semanal, which is described as “an offline internet in the form of a weekly hard drive that customers pay to have delivered directly to their door.”

Pagliery has managed to play the Souls series recently but other Cubans don’t have the same privilege. And so, maybe, as new videogames start to enter the country through legal means, and with the greater spread and accessibility of the internet, more of the population will be encouraged to get into making their own games. Right now, Pagliery finds the present situation “surreal,” especially the fact that he is now in the US so he can run a crowdfunding project for the videogame he is making—you can’t currently host a crowdfunding campaign from Cuba. “Even this interview for almost unreal for me,” he said. “Many ordinary things that people in the rest of world take for granted for us are exceptional ones.”

The plan is to get Savior finished for 2018. It’ll be digitally distributed around the world and released for free in Cuba. You can support the game over on Indiegogo.