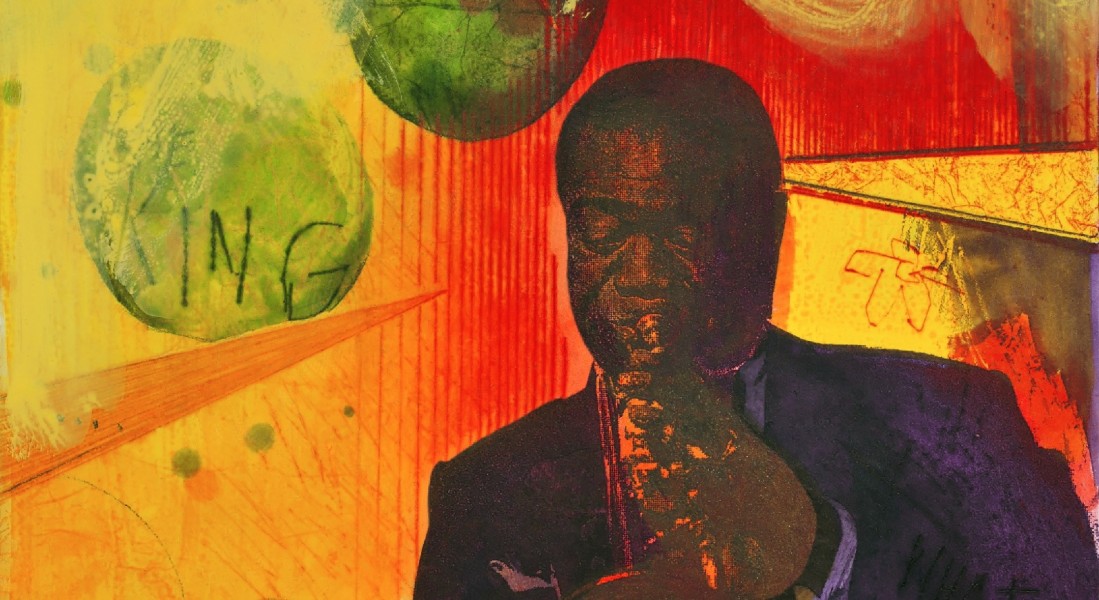 Rain gently pours outside the window. The detective crosses the room, bottle and glass in hand, and sits on the couch. He stares at the portrait of a beautiful woman. She’s the victim of the crime he’s investigating. A sense of mysterious infatuation permeates the room, emphasized by David Raksin’s score for Laura (1944). The famous apartment scene, a classic of 1940’s film noir, could only achieve its status with the help of music.

Laura’s main theme is appreciated not just for its functional aspect in the film, but for its quality as a well-written tune on its own terms. At the time of the movie’s release, the song caught the attention of the jazz scene, especially of legendary saxophonist Charlie Parker, who would years later record and release it in his critically acclaimed Charlie Parker With Strings, posthumously released in 1995.

Jazz provides a wide range of possibilities to interpret and give different twists to a song. Under the spotlight of Parker’s jazz score, Laura dances and morphs herself into multiple, winding melodies, but that’s not the only way a jazz musician can look at her. Take, for instance, Dexter Gordon’s version of Raksin’s recognizable theme, recorded and released as the opening number for 1977’s Sophisticated Giant: the symphony orchestra—a favorite among Hollywood composers—gives place to an 11-piece band largely composed of reeds and horns accompanied by a rhythm section.

Gordon’s skillful playing of the tenor saxophone takes the music to different and unexpected directions while it elevates him to the status of what double-bassist Charles Mingus would call a spontaneous composer—as jazz supports itself mostly on musical improvisation. By means of his newly created melodic combinations, the performer not only shows us different perspectives but also dialogues and adapts himself to a responsive medium, the musical accompaniment, to accomplish his intentions.

This so-called spontaneity is, perhaps, what captivates me the most in jazz. The ability to perceive multiple paths in order to take the listeners’ ears and minds to numerous places in a short amount of time. It’s this process that I compare with my experience playing videogames, where I find myself reacting to a number of details in a digital space while making decisions all the time.

The jazz soloist interacts with multiple factors to blaze her trail. For instance, when playing in a band, it’s fundamental for her to listen to what the other members are saying through their instruments, as they also pay attention to her solo. Compare it to a conversation where you must hear what the other person is exposing to formulate appropriate responses. Also, if we focus on the performed piece of music itself, its features give a lot of possibilities to the interpreter. Listen to Bill Evans’ solo rendition of the traditional Irish tune Danny Boy. Instead of playing the original chords, the pianist chooses to substitute them in order to put the tune in a new perspective while maintaining its melody.

Like in jazz, we pay attention to every detail that videogames offer to us so we can explore and enjoy the most of them. For example, we learn tips from text boxes and avoid any potential harm. Our understanding of these elements is very personal. The pianist Herbie Hancock says that “jazz is a dialogue. Recognizing that that person is worthy of having their own creative expression of life. So, you don’t judge it, because it’s theirs.” In digital spaces or interactive art, our own way of “creative expression of life” overflows as we slowly discover what is being offered to us. In other words, we stand as soloists in an interactive space, and music highlights that experience in electronic gaming.

Videogame soundtracks, throughout their history, have walked hand-in-hand with technological advancement. In the 1980s, game music started as a repetitive sound accompaniment, commonly known as loop music, for each stage presented in the title. Even though this musical form persists as an effective model of game sound, at the time, it didn’t fully respond to the player’s actions. Sound designers and composers began to experiment with this matter in the 1990s when rudimentary systems of adaptable audio started to be used in games. For example, when Mario mounts Yoshi in Super Mario World (1990), a percussive rhythm pattern is added to the music. Nowadays, these systems have been fine-tuned in order to give sound professionals more possibilities. When fighting Obello, a giant poisonous mushroom in Titan Souls (2015), the whole musical background changes when the player is poisoned, its arrangement becoming a lysergic sound trip.

Fundamentally, the pursuit here is concerned with how game sound could establish more refined means of interaction with the player. Similarly, jazz musicians developed different forms of responding to sound through experimentation. Just listen to Ornette Coleman’s approach on collective improvisation, where performers assume the role of soloists simultaneously, or, more recently, Makaya McCraven’s 2015 release In the Moment.

I am often reminded of my position as a soloist when my friends and I stumble upon decisive situations in a videogame. As a fan of role-playing games, which often present narrative crossroads in their development, it was interesting to discuss which options my colleagues picked up along their way, as we also talked about the best strategies to defeat particular enemies—again, an overflow of our “creative expression of life.” Also, we used to play a lot of competitive multiplayer games like Team Fortress 2 (2007), where each match presents itself in a singular way. As a team, we had to know each other’s limitations and characteristics as players to overcome our obstacles while communicating tips to help one another adapt to each situation. It’s like we were a jazz group spontaneously composing melodies, even if, a lot of time, they didn’t turn out as hoped.

how can game sound establish more refined means of interaction with the player?

As much as jazz has been a genre that developed itself through collective creation, it has also been a multicultural form of musical expression. Its roots mostly lie on blues and Afro-American work songs, gospel hymns, and ragtime piano. Later on, it absorbs the influence of western classical music—Charlie Parker quotes Stravinsky’s The Rite of Spring in his solo on Repetition—and of other popular genres, like its merging with rock promoted by artists like Miles Davis, Weather Report, and Return to Forever. Guitarist John McLaughlin, founder and lead member of Mahavishnu Orchestra and Shakti, is one of jazz’s most iconic figures when it comes to the amalgamation of Western and Eastern music.

Along the same lines, jazz has lent its characteristics to other genres around the world. Paco de Lucía, who had previously played with jazz guitarists Al di Meola and aforementioned John McLaughlin in Friday Night in San Francisco, incorporated some of this contact to his flamenco in Zyryab—also, the renowned pianist Chick Corea plays on this record. South American musicians, who exported rhythms as bossa nova, tango, and samba to the Northern hemisphere, also assimilated this influence. Names like Antonio Carlos Jobim, Egberto Gismonti, and Astor Piazzolla come to mind.

Either by in-game necessity or by the influences of its composers, game music emerged from a multicultural cauldron as well, even though we cannot contain it in a specific genre. Think about the diversity of styles we find in videogames: in the 1980s, Koji Kondo’s funky hit theme for Super Mario Bros. (1985) coexisted in the Nintendo spectrum with Hip Tanaka’s Alien-esque score for Metroid (1986), an assortment of musical pieces influenced by contemporary western classical music. They were both Japanese composers working for the same company, yet, they extracted their desired sound from distant musical universes.

These cultural exchanges can make us observe genres under very particular angles. Take, for instance, Yasunori Mitsuda’s theme for Arni Village in Chrono Cross (1999). To write a tune reminiscent of the lead character’s home, the Japanese composer chooses the sound of the Portuguese fado guitar to create the desired atmosphere. In the composer’s words, published in the Chrono Cross OST album’s liner notes: “As the theme for the first town in the game, I injected a feeling of sunshine and brightness to it, something with a good atmosphere. I felt that the fado guitar would be and excellent choice to bring out that feeling, even though traditionally the image of the fado is one of sadness and sorrow. But I realized it can bring out the cheeriness of a song.”

In this case, Mitsuda transforms his knowledge of traditional Portuguese music into something renewed and conflicting—since, as the author remembers, fado is a genre usually associated with negative feelings. And apart from its narrative context in Chrono Cross, it stands as an appreciated tune on its own merits.

As I go back and remember Laura’s apartment scene, I remind myself of how dramatic music was taken out of its context to become an instrument of expression in the hands of jazz musicians. Now, it seems fitting to me that game music conquers this kind of space, especially if I consider that if jazz is open to various interpretations, so are our very own experiences with videogames.