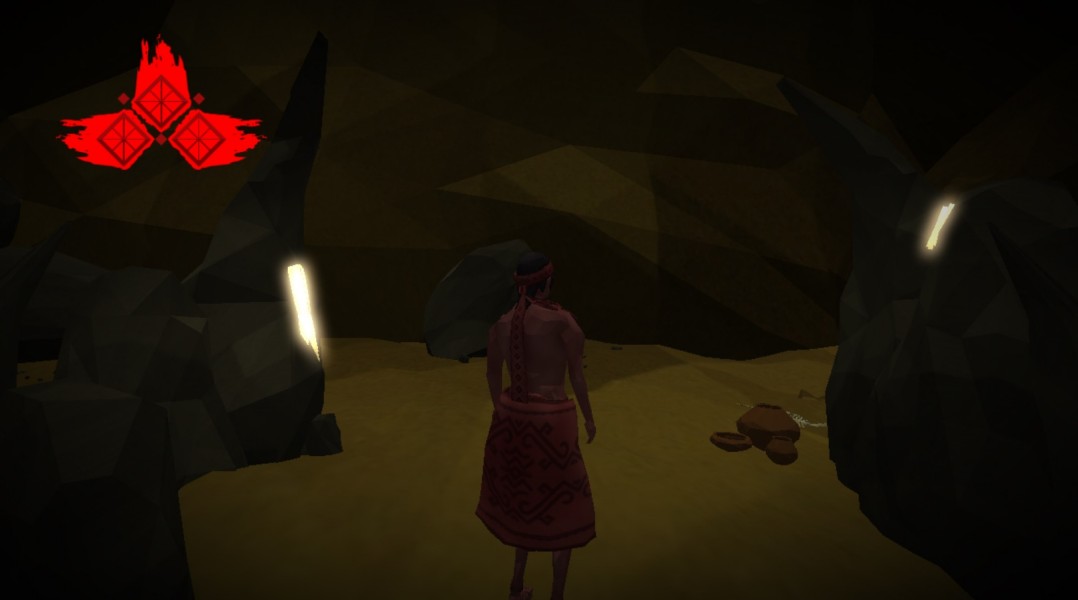 There is a wide world out there, though it sometimes feels smaller than ever, thanks to the internet. But there are entire cultures out there that are not only unknown by the general public, but in danger of disappearing as populations decrease. So how can we prevent that? Why not through videogames?

“There are way too many cultures out there whose lore exceeds the entertainment value of invented universes,” says Edgar Serrano. “We could really exploit (in the best meaning possible) all the cultures and indigenous tribes that are dwindling in the dark, instead of just remaking Call Of Duty and Mario one thousand times.”

Serrano is a member of a small game developer based in Mexico called Lienzo. He is the director and lead designer of Mulaka, an adventure game steeped in the culture of the Rarámuri, also known as the Tarahumara, a Mexican tribe that lives in the Chihuahua region.

humanity is not the center of the world

The game began as an adventure title in the vein of Nintendo’s storied Legend of Zelda series, which follow a young boy as he grows into a great hero and invariably saves a princess. The decision to feature the Rarámuri culture did not originally come from lofty goals. Serrano says, “It all really started as an inside joke, we used to say that we were going to make a ‘Zelda but with mexican culture.’ Slowly the idea started to gain acceptance and it began being not so silly anymore.”

The game studio started speaking to tribe members and elders. The studio realized that using these myths gave the game purpose. “This type of project could potentially start the ‘iconization process’ that other cultures went through,” he says, referring to the point at which a language become so well known by the general public that aspects of it become icons for the entire culture. Think of the Irish brogue, Southern drawl, and the New York accent. Perhaps the language and culture of this Mexican tribe could get the exposure to make them iconic. “By the time we started doing the research, we were all interested. It’s just dripping with stories and lore,” says Serrano.

In the game, you control the titular character Mulaka, on his journey from warrior to shaman. This involves steeping players in the myths and language of the Rarámuri, facing challenges from beasts of the tribe’s mythology.

The studio spoke with both tribal elders, as well as experts, to get the details about the quests, the creatures, the weapons, and more, correct. Serrano says, “We got together a group of representatives and anthropologists, and with them we make sure we don’t put any misleading or untruthful things in the game.”

humanity may be deemed worthy

The creation myth and gods of the culture do provide an interesting setting: humanity is not the center of the world. Instead, we must survive under the gods of the Sun, Moon, and Twilight who periodically end the world and start it anew. Mulaka seeks the help of demi-gods such as Bear, Deer, and River Snake. If he proves himself to these spiritual creatures, humanity may be deemed worthy and the gods above will not decide to end the world again.

A big part of the Rarámuri culture is the focus on running. The people are known for running marathons. The tribe’s history reveals that running was also a focus of their hunting and warring strategies. So it too became an integral part of the game. This emphasis on running also makes the game play different than many other action-adventure games.

Serrano believes that Mulaka will need to succeed as more than a cultural artifact. “The game itself will offer at base value what any game offers: an awesome entertaining time and a cool story,” says Serrano. “It’s clear to us that most players wouldn’t care less about the culture in which the game is based on. But we think it’ll at least spark their interest, and that’s all we really want.”