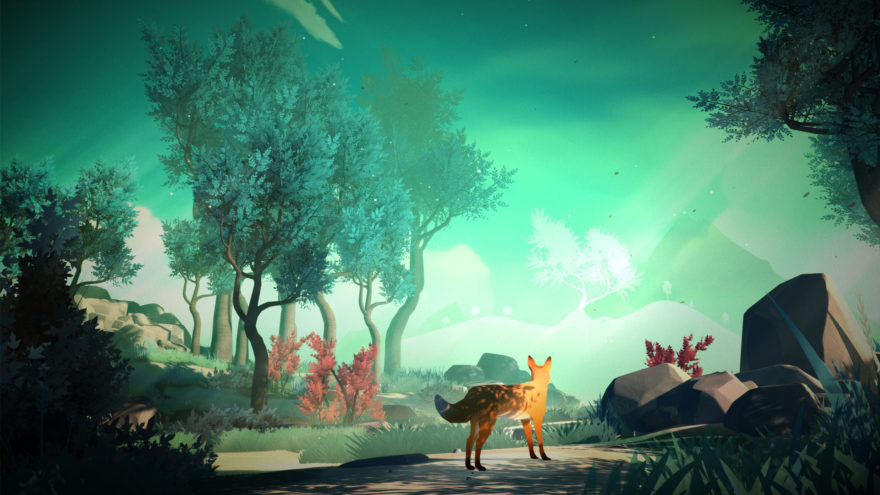 The last time that we talked to David Wehle about his upcoming game The First Tree, it wasn’t much more than a few screenshots of a fox and his earnest desire to tell a story about the nature of life and death. It aims to weave two stories together—a fox searching for her lost kits and a human couple undergoing a tragedy—to bring beauty and meaning to the exploration genre. The recently-released teaser trailer shows just how poignant these tales can be.


It follows the familiar fox through a forest as a young man and woman talk about dreams. She jumps through snowbanks and off rocks into rivers, collecting little silver stars, digging at piles of dirt, and scaring crows away from another fox, laying immobile on the ground. Her lost child?

“What did she do?” the woman asks the man.

just as personal and devastating

And run she does, through the forests and the mountains and the early dawn. Wehle is building off of previous experiments to grow and develop the exploration genre—his earlier game Home Is Where One Starts… (2015) was about a child growing up in a broken home in the American South—and The First Tree looks to be just as personal and devastating. The fox’s tale illustrates the human story, but the emphasis is on the parallels between the two, not the differences. “She found something,” the narrator says of the fox. “Maybe I need to find it too.”

Wehle is developing The First Tree by himself—and around his day job as an artist for VR—and notes that while Home Is Where One Starts… took him almost two years to create, this next game of his might be less as it’s now been scheduled for a 2017 release. He’s also expressed interest in expanding to consoles based on player interest, and will be announcing more details soon.