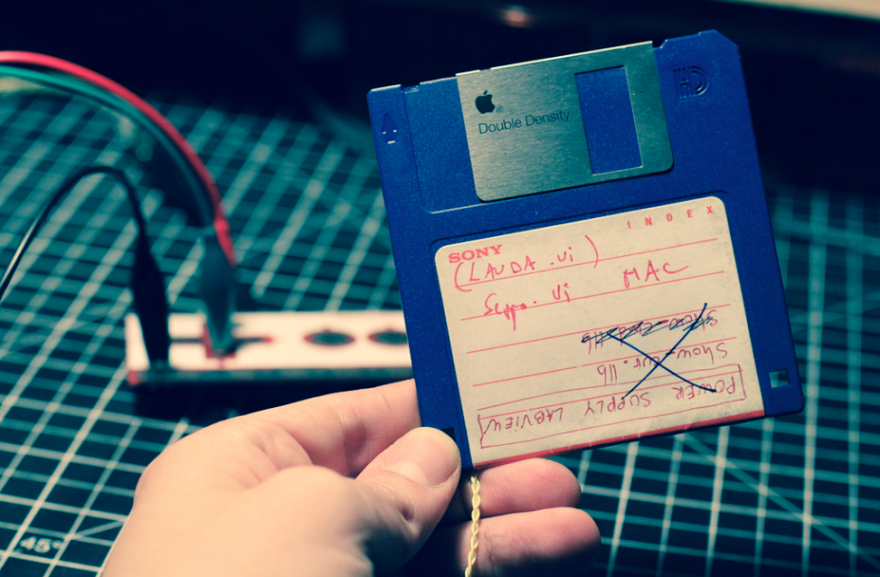 It’s been a long time since I’ve used a floppy disk. Years and years ago I remember having a digital camera and having to load old floppy disks in it. Before that I would store small pictures and writings on a floppy disk. These days, floppies exist most in the form of save icons. But a game called Mr. Floppy is giving the old format a new purpose. No longer about storage, the floppy disk is now a videogame controller.

“I don’t really remember the last time I used a floppy disk, but I had a Mac when I was young and used them a little bit,” said Cosmografik, the creator of Mr. Floppy. He had forgotten about floppy disks until, one day, he found some and started messing with them. “I just wanted to try new things during my free time,” he explained. This led to Cosmografik using a Makey Makey Card and some electric paint to turn a floppy disk into a game controller.

So how does it work? “It’s pretty simple actually,” Cosmografik said, “the ground of the Makey Makey Card, which emulates keystrokes, is connected to the metallic part of the floppy disk.” He then connected two wires using copper tape to parts of the floppy located to the top and bottom of the metallic slide. These wires are connected to the Up and Down key inputs on the Makey Makey Card. “So, when you move the metallic part, you connect one or the other wire with the ground, creating a very tiny electric field that sends the info to a computer,” said Cosmografik.

With this as a basis, Cosmografik was able to create a platformer during #AltCrtl Game Jam 2016, a jam that focuses on creating games that use non-traditional controllers and inputs. It’s a simple platformer inspired by Thomas Was Alone (2012) and the TV show Mr. Robot (2015). The idea is to move a square up a vertical passage—it moves left and right automatically, so the player only needs to instruct it to jump at the right time.

And that’s the special part: to jump, the player pulls back the metallic slide on the floppy disk and then lets go. The slide snaps up and the character in-game jumps. “The haptic return and the sound that is produced has a very strong nostalgic feel,” according to Cosmografik.

As you might expect, working with floppy disks proved to be the most difficult part of creating Mr. Floppy. “Floppy disks are very fragile and you can’t really open them without destroy[ing] them.” Cosmografik said. Trying to place the wires into the floppy disk without breaking it was challenging. Cosmografik is still trying to figure out a better way to do it in the future. Unlike floppy disks, Mr.Floppy has a future—Cosmografik wants to take the game to more festivals and conventions and eventually he wants to add multiplayer and new levels.

Mr. Floppy is available right now on itch.io for free. You can also check out #AltCrtl 2016 for more games made this year or follow Cosmografik on Twitter for more information about Mr.Floppy. 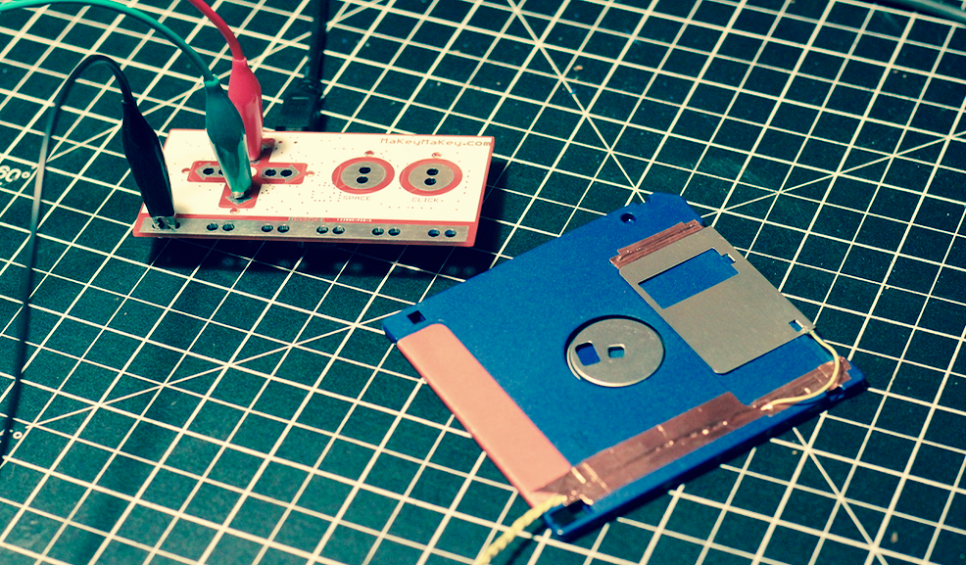