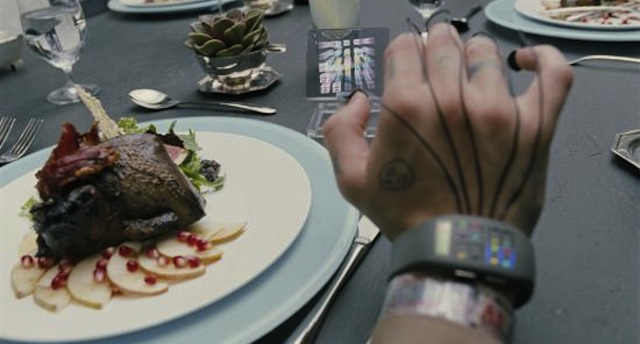 For decades, the genre of science fiction was gazed upon as a magically impossible, conceptual world. Much of it, classic and contemporary alike, now feels more like a platform for current design thinking. I wanted to chat with a sci-fi expert about toys and play from sci-fi that currently rest in cryogenic suspension (i.e., words on paper), waiting for their moment to emerge in reality. Annalee Newitz is the editor-in-chief of io9, a daily publication that covers science, science fiction, and the future. She also writes for periodicals from Popular Science to Wired, and from 1999 to 2008 wrote a syndicated weekly column called Techsploitation.

We’ve all seen the holographic board game in Star Wars resembling animated chess pieces, or the fictitious golden snitch chased by All-Star seeker Harry Potter. But I thought I would seek your help in creating a digestible survey of lesser-known hypothetical toys in two categories: 1) futuristic sci-fi toys that now exist as real toys, and 2) those that still don’t exist. What comes to mind?

I often think of the toy robotic dog in Woody Allen’s Sleeper who wanders around saying, “Hi! My name is Rags!” He’s supposed to be the epitome of annoying, and now robotic dogs are indeed ubiquitous and often annoying toys. I also think that to a certain degree the interactive “Young Ladies’ Primer” in Neal Stephenson’s novel The Diamond Age has actually come to exist, in the form of the iPad coupled with distance learning. A very motivated child with access to an iPad and electrical power could probably self-educate if she had a network connection.

Perhaps my favorite not-yet-real toy in science fiction is the “EZ bake oven” from Jim Munroe’s novel Everybody in Silico—these are toy ovens where kids can cook up little biological engineering projects like miniature lions. I just love the idea of a world where synthetic biology is so ubiquitous that it’s become as simple as baking cookies. Of course, the other major sci-fi toy that we don’t have yet is truly immersive virtual reality of the sort you see in Star Trek’s holodeck, The Matrix series, and Ernie Cline’s novel Ready Player One. It always seems like it’s just around the corner, but it never is.

Design takes a lot from science fiction. The concept cars that catch the most attention are the most futuristic in appearance, and the same is true for fashion and architecture. I’m walking toward the concept of futuristic play. Aside from fictitious toy designs in sci-fi, what sorts of play patterns have authors summoned into the future?

“Any toy that can be programmed will be reprogrammed. ”

As I see it, there are two basic strands of thought when it comes to futuristic play. One, which I think we see more often, is that games have become deadly and horrific because people lust after increasingly more violent forms of entertainment. You can see this in everything from 1970s flicks like Rollerball and Death Race 2000, right up through the Hunger Games trilogy and the Doctor Who story “Bad Wolf,” where an evil alien is running a giant space station devoted to reality-television game shows where people are killed when they lose. The movie Gamer deals with this brilliantly, and has incredibly disturbing/satirical concept design showing how humans control each other’s bodies in a gamespace.

And then there’s the other strand of thought, which has concretized around the contemporary idea of “gamification.” Hannu Rajaniemi makes reference to this explicitly in his novel The Quantum Thief, where a futuristic society has modeled itself on gaming, and has indeed grown out of an MMO guild that included Jane McGonigal. I think Iain M. Banks’ Culture series explores this idea with the Culture itself, a posthuman society where people can live for as long as they want, doing anything they like, so all of life becomes a great game.

And indeed, a lot of people devote their lives to gameplay (you see this in his novel The Player of Games, but we also meet a lot of characters throughout the novels who are basically just living by leveling up). In film, I think you might talk about this play pattern showing up in a movie like Wargames (where gaming leads to solving the conundrum of the Cold War) or perhaps Zombieland, where our hero survives by inventing first-person shooter rules of survival.

Do you have ideas you’d be willing to share about fantasy devices in the future? How much do these sorts of ideas now carry weight as commodities?

As much as I’d like to have fully immersive virtual reality, I think we’re more likely to wind up with the kind of augmented reality we see in a movie like Minority Report, or in Vernor Vinge’s incredible novel Rainbows End. In Rainbows End, there’s a terrific scene where a group of students fight over what kind of AR user interface the newly-digitized library at UC San Diego will use. Will it be a fantasy world interface based on the work of Terry Pratchett, or a Pokémon-esque interface full of crazy anime creatures? Everybody puts on their AR glasses and wearable computers and they act out a giant war between wizards and anime monsters. In the end, the library goes Pratchett and we see all the students pulling “aged tomes” from gnarled bookshelves covered in vines—in reality, they’re just accessing digital files from a server somewhere, but through the AR glasses they see this fantasy library.

Today we already have crude AR capabilities, where you can for example wave your mobile camera over a QR code and see an object—or use Google Sky, and see which stars are which just by pointing your mobile at them. I think at some point in the next 10 years you’ll be able to put on a pair of goggles and see tags and UIs covering everything around you.

Do any existing toys have futuristic or emergent characteristics that we have yet to tap into?

Yes. Any toy that can be programmed will be reprogrammed. FTW.

As an addendum to this interview, I’m including Mark Triant’s response to the same question. Triant is a Reedie and a recent graduate of NYU’s ITP, and his offerings of a couple sci-fi toys add another shade of pink.

The first two that come to mind are both from Philip K. Dick, and both suggest a more adult and metaphysical role played by toys than we’re accustomed to.

The Perky Pat “toys” from Dick’s The Three Stigmata of Palmer Eldritch are essentially like a playset with dolls and such, but are designed to be used under the influence of a psychoactive compound which embeds the user in the world of the dolls and creates a deeply immersive escapist experience, to the point of producing a great deal of ambiguity and confusion as concerns the user’s identity and sense of reality. These are very much designed for adult use, and are kind of a legal grey area—condoned amongst the space colonists due to the fact that their normal day-to-day lives are so stultifying. Seems prescient, in retrospect, of the explosion of videogame use in our modern community-starved suburban environments.

The holographic Bible from The Divine Invasion is perhaps not really a toy, but seems clearly designed to evoke the likeness of a toy: it’s presented as a multidimensional tool explored by the protagonist of the book, who is something like the second (third) coming of a gnostic-style Christus. It’s illegal in the tyrranical Islamo-Catholic church on earth due to the potentially subversive mystical insights it engenders. Described vaguely, it’s basically a version of the Bible which, by being viewed as a multidimensional hologram, allows the reader to align different passages in different ways to yield new insights and angles on the teachings (and perhaps something like purely mathematical/structural patterns indicative of a divine order transcending language). The interactive/exploratory dimension of its design is explicitly identified with the source of the unique mystical/theological insights it provides, suggesting that unlike a linear Bible, it is not a source of doctrine per se, but rather of revelation, and thus inherently subversive of doctrine-based authority.

I’m also now reminded of the scene in Back to the Future Part II when Marty is playing the shooter game and a kid comes up to him, asking incredulously something like, “You mean you have to use your hands? That’s like a baby’s toy!” The implication being that the sophistication of play advances with the sophistication (particularly, I presume, the technological sophistication) of a society. This certainly seems true for gaming (whose structures are bounded only by Moore’s Law and our user interfaces).

Image from Children of Men