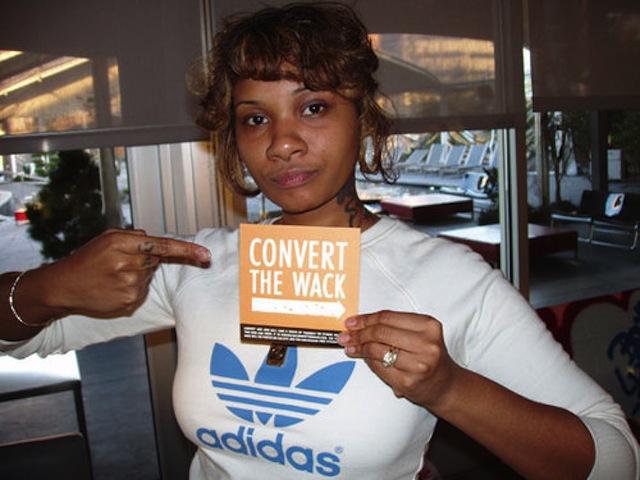 Last week, Gawker pointed us to a new song by the venerable rap journeywoman Jean Grae (who this editor last saw, with Mr. Lif, in a sweaty Chicago nightclub in 2004 ). The name of the song is Kill Screen. Intrigued, we got in touch with the funny, profane and cool-as-hell Ms. Grae, and asked her about, well, ourselves, but also about videogames, rap, and videogame tattoos.

Kill Screen? Did you name the song for us?

Sort of! The more I was writing the song, the more I realized it sounded like that kill screen level of the game. But it’s a big fucking world and I wanted to make sure that if someone already took the name it’s at least dope or I’m making a good reference. And I was like “Yo, how did I not know there was a whole website with the name?”

I grew up in Manhattan, in the Chelsea Hotel. My parents were jazz musicians. My brother is six years older and whatever your older brother is doing is what you’re doing. We were just playing board games or whatever and then the Atari 2600 came out, and then that was my home life. Pitfall and Q*bert and Pong and Adventure and everything we could get our silly little gaming hands on.

What kind of games do you like playing now?

I’m a fighting game girl. I’m a Tekken fan. I like Bryan – my tattoo is based on him. I like him because of his brute force. Like I’m just gonna punch you in the fucking face. I don’t like his outfit though. The chaps. Not OK. He’s got a great grab kick move that I like doing to people.

Then I have a thing for games online. I got into a really weird period of my life where I played those games that are all weird and Japanese and you have to go to school and work out and I’m like why am I doing this?

When I went to Japan in the early 90s I got off the plane and I was like, I want to live here, because it’s like being inside of a videogame. I spent most of my days there in Shibuya and I brought back a Japanese Playstation. When I got back my friends asked me, why do you have two Playstations? Because I’m fucking fancy, that’s why.

How did you get the idea for “Kill Screen”?

I wanted to do something to remind you guys that I will kick your ass up and down the block with the rapping. So I thought, let’s just do a 64 bar go-in, really focus on the lyrics, and do something minimal to the beat. Steve Wiebe was inspiring, his underdog position and his want to win and being humble and modest about it. I wanted it to have the same feel as an actual kill screen, the level you get to. It worked out weirdly, as it always does.