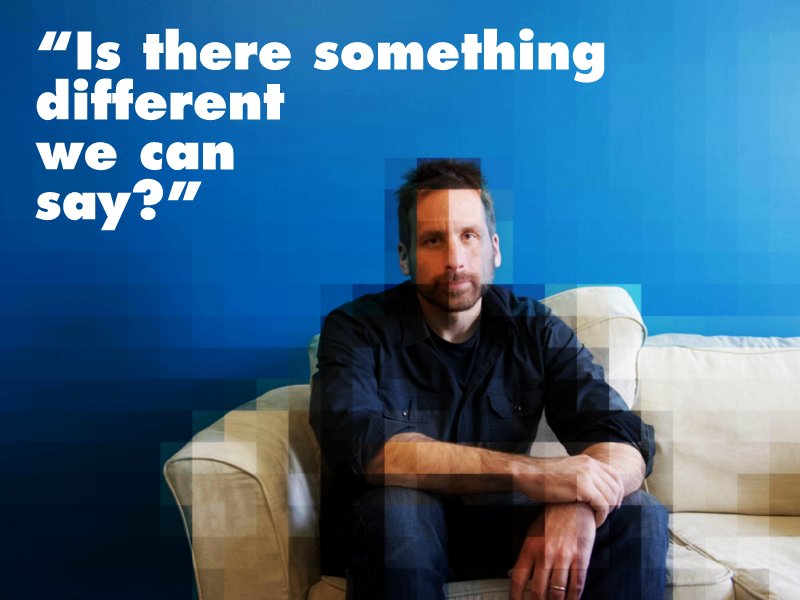 The first time I met the videogame industry’s most lovable and recognizable tortured genius, he was energetic and intellectually voracious, speaking candidly about all the weird tensions of building thoughtful first-person shooters while scarfing down a plate of fresh strawberries. Speaking to him again during a recent trip to New York City, he’s much more despondent—though maybe that has to do with the fact that I’m the last in a long line of back-to-back interviews which he ultimately cuts short to duck out for what he calls a “stupid business thing.”

Then again, Levine’s exhaustion is understandable. A lot has happened since we first spoke. BioShock Infinite, his brainchild of a first-person shooter, faces monumental pressure from an increasingly anxious group of gamers and critics. Then came the delays and rumors about abandoned features. A handful of high-profile members of Irrational’s development team departed one after another. Fans began to wonder if Levine’s wildly ambitious project would ever see the light of day—or, if it did, whether or not Infinite would retain any of its original ambition.

BioShock Infinite arrives tomorrow and early press coverage has been as hushed and feverish as anything surrounding Levine’s recent work. Here, I talk with him about maintaining realism amidst fantasy and why he decided to go back into the world of BioShock to produce a rare sequel.

KS: It doesn’t seem like you do a lot of direct sequels. What is it about BioShock that brought you back?

“It’s an excuse to take a time period and some cultural memes and go at it.”

And that meant throwing away a lot of stuff that people worked very hard on. That’s very tough to do, very tough to do. You know, you build these characters up, build this world up, you do all this art direction work, all this technology. And then its like: [salutes] “See ya!”

Basically, it’s an excuse to take a time period and some cultural memes, and some artistic memes, and some scientific memes, and mix them into a story and go at it. And I’m so interesting in all those things—science, culture, art, technology—that I really wanted to make another game where I could play in those spaces. But I didn’t want it to be Rapture.

It was funny going back to our original conversation. You said, “Imagine BioShock not in an underwater city!” But, obviously, you were already thinking about what that would look like.

Yeah, it would feel very different. But then when you play it, it’s obviously connected. That was hard to explain to people, so we had to just give them the controller.

You’ve spoken in this past about BioShock Infinite’s story being inspired by recent political and social movements such as Occupy Wall Street and the Tea Party. I remember reading this piece about early AIDS literature that basically said that the pace at which the publishing industry works meant it took a year to bring a book from a concept or story into an actual physical thing you’d get at a store. The way it was timed didn’t give writers the ability to craft an immediate response to a crisis that was so immediate for them.

Game development is legendary in terms of publishing for how long it takes—two, three, four, five years—to make a single game, so I’ve always wondered how developers feel they can remain relevant to the day-to-day happenings of politics and society.

“You’re really dealing with an arc of history in a really interesting way.”

Well you can’t, and I think that’s important to know. Remember, we created Vox Populi—the characters in the game—before Occupy Wall Street, and the Founders before the Tea Party. And the reason that is is not because we saw the future, but because we were students of the past. Occupy Wall Street is nothing new.

A leftist protest against the overreach of a capitalist structure…I sound like Karl Marx saying it! And a nativist anti-government movement is not a new concept either. They come and go, and come and go, and come and go. If you try to be just be ripped from the headlines, you’re going to be very disappointed—certainly in our industry, because of how long things take. And I don’t really think that’s that interesting, because then you’re dating yourself too.

You mean making a game about, say, the war on terror?

Yeah. You know, I think you are telling a story that has a shelf date to some degree. At least if you’re trying to be current. Like if you look at Angels in America, which is a play about the AIDS crisis, it was written in the early nineties but it was set in the eighties. That was smart, because it was always a period piece. It was very specifically about the AIDS crisis, but what was great about it was it wasn’t just commentary on the AIDS crisis. It went into a lot larger complex issues, got quite fantastical, dealt with Roy Cohn, who was confronting the ghost of Ethel Rosenberg.

So you’re really dealing with an arc of history in a really interesting way. And it’s somewhat similar, right? You use a starting point, and then there are ghosts and angels and all these other things that come into play.

In the same way with BioShock, we use certain themes as a starting point. You know, there is no city in the sky. The Angel Moroni is not necessarily coming down and visiting AIDS patients. We tend to use a pretty broad canvas; I think that’s exciting because games really allow you to use a broad canvas in a way that no other medium can.

How do you mean?

“Games are this great canvas because they build these worlds that you can move through at your own pace.”

Because we can build this huge canvas and put you in it, let you explore it at your own pace as opposed to a movie. First of all, you have the production quality, the sets and costumes, of a movie—close to it. And then the player can just go find things. The joy of finding things on your own versus the author taking your head and pointing you at something…and that’s what every other medium does!

We get some hybrids. I mean, the first hybrid for me was the haunted mansion when I saw that as a kid. Your experience sitting there and watching that could be different than mine, because you had agency over where you look. There’s more information going on than you could possibly take in in a single sitting, and it’s designed that way.

Then there are things like these hybrids of games and theater. Have you seen Sleep No More?

Yeah, I was actually thinking a lot about BioShock when I saw that.

Well those guys were big fans of BioShock. It’s not like they copied us; we’re all coming from the same set of references I think.

So, yeah: games are this great canvas because they build these worlds that you can move through at your own pace. I mean, I’ve seen people play what I would think to be the first hour of the game [BioShock Infinite] taking three hours because they’re just going through everything. They’re studying, looking at this and looking at that. And I think it’s an amazing medium because of that.

Sleep No More also made me think of those Haunted Hayrides.

That’s what it is!

It’s funny that that kind of work is suddenly being taken from these fun little activities meant for kids and turning them into so-called “high art.”

I remember me and one of my friends made a haunted houses in his basement. You know, you do these things where you turn the lights and have a bowl of spaghetti for guts, a bowl of olives for eyes. I’ve always enjoyed that theatricality. I was a drama major and a playwright and that sort of stuff, but I was frustrated by its limitations. It’s a very different form. That’s about words, which is great. Movies and games are about images primarily.