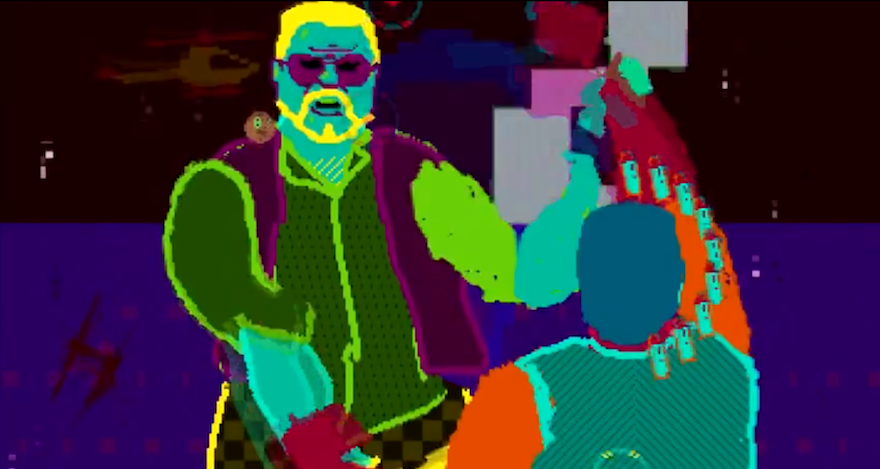 Something about developer 2bam’s depiction of Walter from The Big Lebowski getting his head blown off is distinctly Henri Matisse. The art direction in their game Heli Brawl, alternatively, Helibrawl, has a similar striking color palette and deformed abstract quality. But the other half of it—the fierce yet simplistic local-multiplayer action; the whirling pinwheels of vomit; the crude, square brushstrokes and mild probability of dizziness—that’s all Messhof. You know, the guy who made Nidhogg and a bunch of other awesome games. I’m not saying Fauvists were the forerunners of the sloppy/beautiful games movement, but they sure can look alike if you’re squinting.

Heli Brawl is a work in progress with no release date, but you can keep up with the project on the dev’s blog, with the added bonus of pixel-gore gifs.