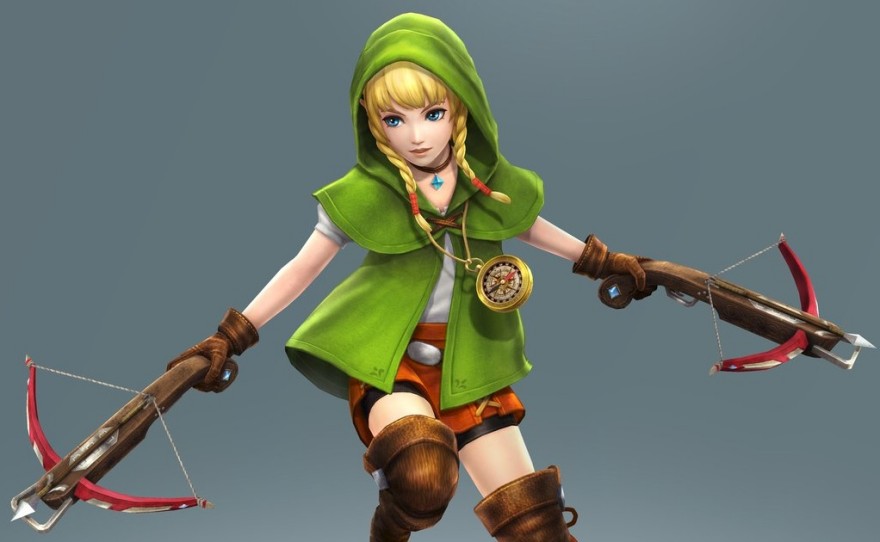 For more in-depth game writing, back us on Kickstarter.

There’s is no conceivable lore reason for why Link can’t be reincarnated as a girl. As the Zelda Wiki states, Link is, “the name shared by the main protagonists of The Legend of Zelda series.” There are many different reincarnations and iterations of the Link character, “each possessing the Spirit of the Hero, with some of them being blood related as well,” but, most importantly, all Links are connected by the fact that they were “chosen by the Goddesses to protect the land from evil whenever deemed necessary.”

“Link” is less the name of a specific character and more like the title given to the human who is chosen by the Goddess to become the Triforce of Courage reincarnate. So the question is… why can’t Link be a girl in one of those many reincarnations?

Sure, he’s always been represented as male in the games Nintendo creates. But I think the reasoning behind that design choice is less about the lore, and more about the demographic Nintendo’s been marketing towards for the past three decades. As series producer Eiji Aonuma explains to Kotaku, “the main character [of Zelda] isn’t actually Link—it’s the player.” The silent protagonist is meant to serve as an empty stand-in for the player to project himself onto. Link is the link—get it?—between the presumably male player and his virtual world.

If you need more proof that Link’s male-ness is a bussiness decision rather than one made in the best interest of the series, just look at Eiji Aonuma’s excuse for why Link can’t be a girl in the main game:

There are actually many female characters you can play as in Hyrule Warriors. We’ve introduced Midna, we’ve introduced Princess Zelda, and Impa as well. […] Let’s see what happens with Hyrule Warriors, if as a result of there being more female protagonists, more women pick up the game, I’m all for it, so I’ve decided to see what happens with this title.

Well, it looks like there must have been at least a few ladies who took Nintendo up on their generous offer to buy more Nintendo games if they bothered representing their gender. At the Nintendo Direct yesterday, the company announced that its female experiment would continue, revealing an “original character” named Linkle for the 3DS version of Hyrule Warriors Legends.

Yet while most media coverage congratulated Nintendo for finally making a female version of the famed character an option, the actual context of Linkle’s existence reeks of that unique Nintendo brand of faux progressivism. It might sound good on paper, but in practice only shows how little Nintendo actually understands about what the problem is.

As Anita Sarkeesian might point out, Linkle is a classic example of the “Ms. Male Character” trope. Originating with Ms. Pac Man (another descendant of a classic Japanese title), the Ms. Male Character is a “female version of an already established or default male character. Ms. Male Characters are defined primarily by their relationship to their male counterparts via visual properties, narrative connection, or occasionally through promotional materials.” It’s a trope that describes how, in an attempt to appeal to the wallets of their female demographic, male game designers will often reduce women to a bow, a skirt, and/or lipstick. There is virtually no distinction between the original male character and the Ms. Male Character other than superficial, stereotypically gendered aesthetic changes.

In Linkle’s reveal video, the announcer introduces her by saying she “looks quite familiar…” Except, you know, for the skirt and braids and tits. True to form, Linkle dual wields crossbows instead of wielding the usual master sword—ensuring that no one confuses her for being an actual, real, legitimate Hero like Link. Her moves mimic things like Link’s spin attack, only with the decidedly less awesome and physically improbable animation of her killing enemies by shoving her crossbow in their face multiple times without reloading once. I mean, jesus, even the name “Linkle” sounds like the linguistic version of putting a boy in a dress. It’s clumsy, it’s lazy, and it’s exceedingly pandering.

The female version of Link that Nintendo is willing to take a financial chance on can’t even be given her own proper Hyrule Warriors game. Let’s recap: she’s a knock-off of their male main protagonist, featured in a ported 3DS version of a spin-off game of the original Zelda series. But, hey, you might say: at least they’re selling a limited Linkle edition of the game which includes her “iconic compass,” right? Doesn’t that show Nintendo is giving this character at least a little weight?

Well, no, because promotional marketing is the only reason why the Ms. Male Character trope even exists. Nintendo isn’t willing to bet their main Zelda series dollars on a female Link. But they’ve heard your concerns and are more than willing to take your money for a female reskin. Let’s not forget that special and limited editions of games are meant to appeal to niche target audiences—which is exactly what Nintendo sees their female players as: a niche audience to be pandered to for more money. But while young female Nintendo fans may even now already be begging their parents to buy them a limitied Linkle edition of the Hyrule Warriors Legends on the 3DS—their impulse to buy stemming from a deep desire to finally see themselves represented as the Hero for once—those girls will actually be getting much less than that. Because Nintendo is essentially asking these women and girls to pay more money in order to earn the privilege of participating in a pseudo market demographic test.

asking for girls to be kept to the side, marginalized to a lesser product

Here’s the bottom line that Nintendo refuses to see: when people ask “why can’t Link be a girl,” they’re not asking for the option to maybe play as a girl who looks like Link in a game with a Zelda-related title. They’re not asking for girls to be kept to the side, marginalized to a lesser product and project (anyone remember the Nintendo Girls Club?) Instead, they’re asking why—amidst an otherwise very female-centric mythology about three goddesses and a badass princess—must the “Hero” character always be a boy? Why is it okay to ask female players to identify with Link despite their gender differences, but at the same time have it be inconceivable to ask male players to do the same?

The saddest part about Nintendo’s refusal to legitimately consider making the protagonist of a main Zelda game female is that it could do wonders for a classic series that’s grown very tragically stale. Bogged down by a slavish adherence to “formula,” recent Zelda games have only gotten more sanitized as the years went on. Imagine what a shake up to the world a female Link would present: it could transform the now tired storyline of a hero and princess, could bring new types of art styles and themes and motifs to the table.

But even as Nintendo begrudgingly and tentatively inches towards possibly entertaining the idea of maybe creating a female Hero (AKA putting a female in the role of the player’s proxy), they also manage to side-step one of their most fantastic secondary female characters in the process. Tetra will be joining Linkle on the 3DS version of Hyrule Warriors Legends, begging the question: why the hell wasn’t she in the original Hyrule Warriors in the first place? Tetra is unequivocally one of the best iterations of Zelda the series has ever known, bringing an undeniable charm and spice to Wind Waker. She’s a character that goes to show just how much Nintendo could gain from breaking the typical gender conventions they force their two archetypal main characters to abide by. And she seems included as an after thought to the venerable Ms. Link.

At the very least, we can take Linkle as a sign of progress in that Nintendo is being somewhat forced to address the glaring holes in their anti fem-Link logic. But while, on the surface, it might seem like Linkle is a cause for celebration, you might also pause to consider the fact that it’s almost 2016 and we’re still dealing with this horseshit.

Agree? Disagree? For more thought-provoking game writing, back us on Kickstarter!

Update: The original article mistakenly implied that Ms. Pacman was created in Japan. The parenthetical has been amended.