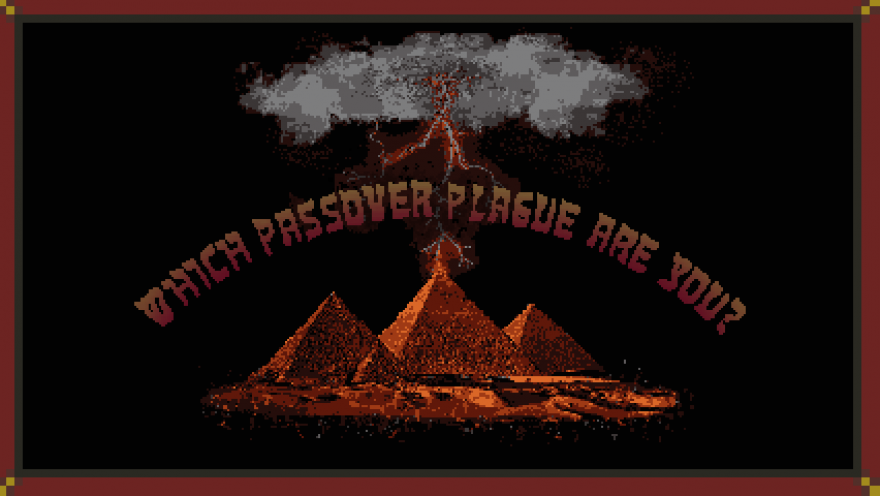 Anyone who had the misfortune of going through bible school will know the story: the Jewish people spent generations in slavery, tortured at the hands of great Pharaohs, before God inflicted 10 plagues upon Egypt to free his ill-treated servants. What wasn’t covered in the Abrahamic texts, though, were questions like, what would be the soundtrack to your plague? Or, what’s your revenge color?

What would you do with the power of a god?

Designed by Veve Jaffa, Which Passover Plague Are You? tasks you with the seemingly simple decision of how you, a human representative hand-picked by the big guy himself, will take revenge on Egypt. A click-through series of increasingly eccentric questions reveals strange truths about God’s personality as well as your own. Hover over a sentence with your mouse and it reveals its Hebrew translation.

Despite its preposterous premise, the game actually raises a great point: what would you do with the power of a god? More specifically, how would you use that power to exact bloody revenge on your enemies?

But we wouldn’t be talking about this game if it were that simple.  I won’t spoil it, but Which Passover Plague Are You? proceeds to masterfully weave together themes of morality, death, time, and Y2K.

You can purchase it for the mortal price of $2.50 here.