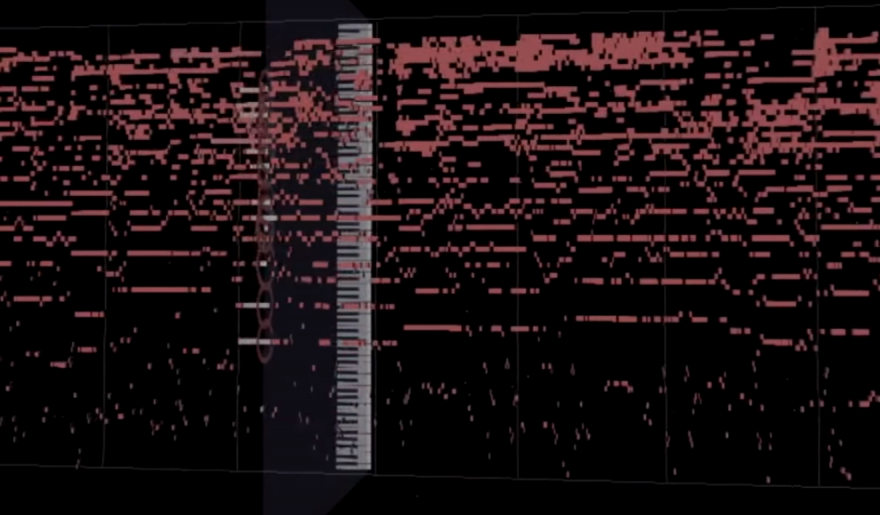 I never thought a piano could emulate a human voice, but based on these songs, converted from MP3 to MIDI and then back to MP3 again, it’s possible. It sounds like someone singing while being held underwater, but it’s clear enough to decipher: the lyrics to familiar songs, rendered in hundreds of notes, played all at once in a cacophonous, but undeniably impressive imitation.


A blog post from Waxy.org outlines other examples of this phenomenon, including a frantic MIDI-fied MP3 of Hotline Bling that sounds like a horror film, and a “speaking piano” that delivers its own garbled, but startlingly clear interpretation of the Proclamation of the European Environmental Criminal Court.

a cacophonous, but undeniably impressive imitation

It’s hard to say if the ability to hear words instead of a mess of seemingly haphazard notes is my mind filling in the blanks. According to Andy Balo of Waxy.org, the Pokemon theme song, which he’s unfamiliar with, sounded “totally nonsensical” after undergoing this strange conversion. You can easily convert files from MP3 to MIDI and back to MP3 using browser-based tools and free software; I’m curious to see what other warped musical oddities people can render with this technique.

While not quite the same thing, this type of experimentation reminds me of the trend of slowing down pop songs, like Justin Bieber’s U Smile, to create haunting ambient tracks—transforming something so drastically with only a simple structural tweak.